Warriors vs Roosters Gameday Chatter [Round 9, 2017] 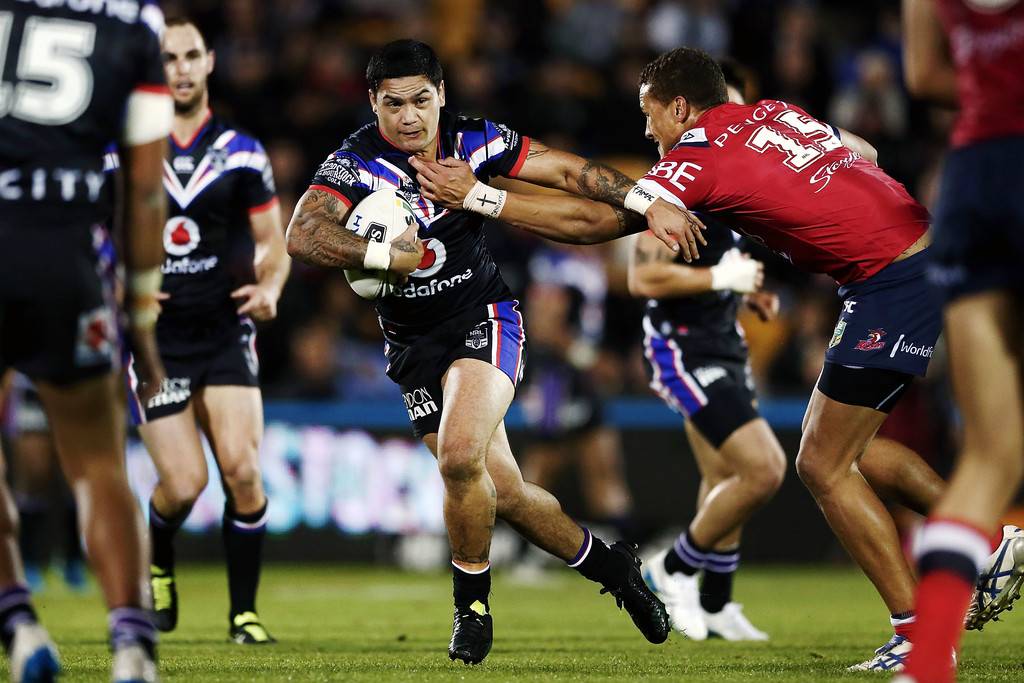 Following tough encounters on Anzac Day the Warriors and Sydney Roosters both have short turnarounds before meeting in Auckland in Round 9.

After footing it, and even getting the better of Melbourne for 65 minutes, the Warriors ultimately left AAMI Park with nothing to show for their efforts, and after suffering their fifth defeat of the year in the 20-14 loss on Tuesday now sit 12th on the NRL Telstra Premiership ladder.

The Roosters on the other hand snatched a dramatic victory in golden point over the St George Illawarra Dragons, with the right boot of Mitchell Pearce making the difference in a 13-12 win which lifts the Bondi men to third position.

With Solomone Kata (hamstring) out injured, the Warriors have called upon their 2016 Intrust Super Premiership Player of the Year, Charnze Nicoll-Klokstad, to make his NRL debut on the wing.

That sees Blake Ayshford shift to the centres while Manu Vatuvei and Albert Vete join the extended bench.

Former Warriors captain Ryan Hoffman will play his 50th match for the club.

For the Roosters veteran back-rower Mitchell Aubusson and prop Dylan Napa return to start in the pack, which means Isaac Liu and former Warrior Sio Siua Taukeiaho fall back to the bench.

Latrell Mitchell has been included in the Roosters' reserves.

‌Why the Warriors can win: With the exception of a couple of 40-minute periods this season, the Warriors are looking after the ball very well and starving teams of attacking opportunities as a result. In three of their last four games the Warriors have completed at over 80 per cent, and across the season they have the fourth-best completion rate in the NRL. The New Zealand side also averages just 10.5 errors per match, which ranks them in the top half of the competition. If they can keep the ball away from the Roosters it's going to make for a tough day out for the visiting side.

Why the Roosters can win: While the Roosters and Warriors are well matched through the spine, the Tricolours have an edge in the forwards, where they possess a number of dynamic performers who can do some damage at Mount Smart Stadium. In their last two matches the Roosters have had three players in their starting pack who have run for over 100 metres, and crucially in each of those games have also had someone do the same off the bench. That go-forward could cause the Warriors some real issues, especially given their big men have struggled to consistently make an impact this year.

The History: Warriors v Roosters: Played 37; Warriors 20; Roosters 16; Drawn 1. While the Warriors won both meetings last year, the recent record head-to-head is fairly even with the Roosters having won three-straight matches against the Kiwi franchise prior to that. At Mount Smart Stadium since 1998, the Warriors have lost only six times to the Roosters in 16 meetings.

What are the odds: This is a very even game according to the odds with Sportsbet, but punters are preferring the Roosters. Twice the money has been invested on the visitors and three times the amount of individual bets.

NRL.com predicts: These two sides match up nicely on paper, and all indicators point to a close battle which should go down to the final few minutes. If that's the case then mental toughness will make all the difference, and right now the Roosters have the edge in that category. Roosters by 8.

Contributor
Pretty excited about today. Been overseas for the last two games so looking forward to a good win.
Reactions: mt.wellington, davewjnz, leaguejunkie and 1 other person

Citygirl said:
Pretty excited about today. Been overseas for the last two games so looking forward to a good win.
Click to expand...

Did you find a place in Paris to see the game last week?

Thats an impressive Roosters team, Warriors are doing well if they can win this
Reactions: Beastmode, leaguejunkie and Defence

Just keep the pressure on SKD Shaun Kenny - Dowall and I am sure he will drop the ball a few times.

We need this Scalp!

The boys have shown heart the last couple of weeks but I will be disappointed if we can't translate that into 2 competition points today.
Reactions: Inruin and leaguejunkie

All the best to the boys today. No doubt it will be a tough day at the office today but hopefully they come away with the lollies.

A win today means that we leap frog Titans into 11th.

They can't afford being 3-6 going into the rep round.

Contributor
The Roosters are a very good side, but a side that doesn't scare me. Their pack is more mobile than brutal, which is god for us. Playing at home, this is a must win for the Warriors. A loss here and things start to look very dire.

Amazing that Latrell Mitchell, Kane Evans and Conner Watson don't make the 17. They might not be a team full of out and out stars, but shit they have depth.

Roosters have the best roster in the comp imo.
Tough game but being at home I give us a chance.

Roosters will get this one. Weather is rubbish and Pearce, Keary will kick us into the ground. Better side across the park. Don't think it'll be a blowout but won't be a Warriors win today.
Reactions: Woofa and Dino Velvet

Looking forward to the young fella CNK getting his start in first grade - nice to see a winger playing on the wing.....
Reactions: Viking, Inruin and Bluecat again


We have been making the cake these past few weeks.now it's time to ice it come on boys 2 points.warriors by 4

Miket12 said:
Did you find a place in Paris to see the game last week?
Click to expand...

No we were on the train so watched the replay

Looks like CNK confirmed to start for the top side his Dad has presented him with his jersey. Great news!
Reactions: Viking, tajhay, Johnnyray and 1 other person

The chooks won't be crowing after they leave 6 eggs in the nest for the Warriors Hope it's going to be a cracker game
Reactions: Akkerz, jonno, mt.wellington and 2 others

ToiletDuck said:
Roosters will get this one. Weather is rubbish and Pearce, Keary will kick us into the ground. Better side across the park. Don't think it'll be a blowout but won't be a Warriors win today.
Click to expand...

Good reverse physiology there. I see what your doing
Reactions: Johnnyray, mt.wellington, Vancent and 1 other person

Things have changed in the reign of Kearney.

We've seen us drop our bundle a hundred times.