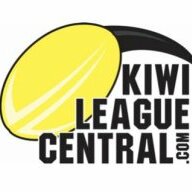 How they stand: Flying high until last Sunday when the Roosters shut them out 24-0, the Warriors sit in seventh place with a favourable run home. After an inconsistent start to the year they have recovered to win six of their last nine, and heading into Round 20 they rank equal third for the most tries scored in the Telstra Premiership. Statistically they also make more line breaks than any other team, but average a competition-high 11 errors per game and complete the third-fewest sets.

Only three of their remaining games are against sides currently in the top eight, with three against teams now in the bottom four. The Kiwi side also have the bonus of playing four of those games at home.

With 28 points traditionally being the minimum number required to make the eight the Warriors may only need three victories to seal their spot, but will likely rue a couple of close losses when it comes to cracking the top four, which is starting to look unlikely.

Key clash: The Warriors were in top eight contention heading into the final game of the season in 2014 and 2013, before suffering defeats and missing out on both occasions. With that in mind the Round 26 clash with the Bulldogs at ANZ Stadium might be a crucial one. It could decide where they finish in the eight, or potentially if they make the finals at all. The Warriors have won just two final-round fixtures in the past six seasons.

Key player: Shaun Johnson is a big part of why the Warriors are in the top eight heading into Round 20, and how they finish 2015 will be depend greatly on his performance. The 2014 Golden Boot almost single-handedly won their Round 9 clash with the Sharks, a game which somewhat transformed the club's fortunes at the time, and he's been a prominent piece of the side's attacking arsenal ever since.

Averaging 80 run metres per game, Johnson also has 11 try assists and 12 line breaks, at times looking unstoppable with ball in hand. But the Warriors need him to do better when the...
Click to expand...

Read more about this article here...

This is what i have:

Finishing on 30 points and in about 6th to 8th place. Depending on for and against that last match up against the Doggies might be interesting.

Such a tight competition!

ryno said:
This is what i have:

Finishing on 30 points and in about 6th to 8th place. Depending on for and against that last match up against the Doggies might be interesting.

I've got a bad feeling we may drop the Sharks game the way they've been going.

I think we will take the Dragons game this time with the form they're in atm.

Got a sneaky feeling we will upset the Cowboys.

And toss a coin with the Bulldogs

That's the way I'm leaning. I don't think we're a real shot at the 4 tbh. It's easy to look at some of those games and pencil in a win, but in reality we will probably lose 1 or 2 that we've all got us down as winning. Ie we should win the next 3 games but we will probably drop 1. Cowboys will be difficult given how well they're going and uncle Ivan will definitely provide us with some problems in Penrith. All in all I probably see us heading into the last 2 rounds needing 2 wins to be anywhere decent. If we require a win against the Dogs in round 26 in Sydney to make the 8 I'd almost bet anything we don't show up for that game.

We need 32 to definitely make it, if we are on 30 then its going to be all on points differential.
Show hidden low quality content
Share:
Share