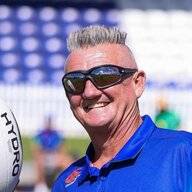 Not much depth at prop but the thought of merrin signing definitely helps.

This is the video from the news tonight in sydney
Reactions: Kalcod

In other news Veitchy gives up campaign for Foran, convinced Merrin is a done deal.
Reactions: Tonbridge (Swanley), Horriors2014, eudebrito and 1 other person

This is the video from the news tonight in sydney
Click to expand...

Interesting the last bit about Jimmy Maloney. Seemingly not wanted by the Roosters who are either lying through their teeth about Foran or grooming the #6 for Hastings.

IMO I think both. They'll offer what they can to Foran, but if he refuses then they can slip Hastings into the 6 and transfer that Maloney cash to keep the likes of Roger Tuivasa-Sheck or an upgraded Ferguson provided he works out.

As for Merrin, I don't think anythings changed. The video makes it pretty clear that there are multiple suitors. Nothing there suggests his signing to us is imminent or that we're even a front runner.

Would be nice, but I just don't see it happening.
Reactions: Sup42

Sorry to be a party popper but if his asking price is $AUD750,000 than Im not keen at all. Thats too much IMO. Would Andrew Fifita be getting that much? How about Bromwich?

Ozwarrior said:
Just got off the phone from my mate at manly. He's a former first grader who still lives in dee why with other current players!
Matai is not leaving this year!
Foran will not be joining the Warriors! Money doesn't matter!
Dce to the Broncos!

This has come from the players mouths!
Click to expand...

Things are starting to click together for the Warriors, if Merrin comes, we are looking more attractive than 12 months ago. We have the Golden Boot in Shaun Johnson, Hoffman, Mannering, Mutts has re-signed, Konnie, Tomkins (for a minimum 2 more seasons) and a coach that won't take shit and a front office lead by Doyle, this could be our decade coming up

Foran would be good but the money is better spent on potential upgrades of Lolohea and Kata in the future and any positions we need to fill with decent players, not plodders about to retire.
Reactions: warriorsfan92

150 plus metres and 30 plus tackles and a couple offloads a game. Fuck it just offer him that deal offer Sally a Brendon underwear deal that way everyone wins..
Reactions: ramps, DANZ, SilentOne and 2 others

mt.wellington said:
Sorry to be a party popper but if his asking price is $AUD750,000 than Im not keen at all. Thats too much IMO. Would Andrew Fifita be getting that much? How about Bromwich?
Click to expand...

Probably not and merrins prob not worth that much to most clubs either- but then we're not most clubs- we gotta pay overs if we want marque players and I'd put him in that bracket.
With sbw and burgess gone there's not too many better forwards around IMO.
I'm hearing ya- it is a bit rich but in this case I just feel like he would add so much- and in an area of weakness.
Mutts, merrin, mannering and Hoffman is the makings of a pretty mean pack.
Reactions: way2sharp, eudebrito, ShaunJohnson7 and 6 others

t-wade23 said:
150 plus metres and 30 plus tackles and a couple offloads a game. Fuck it just offer him that deal offer Sally a Brendon underwear deal that way everyone wins..
Click to expand...

Good point. I forgot Sally could be part of the deal. Put that way he's worth every damn cent and some. She's also sponsored by Red Bull...

mt.wellington said:
Sorry to be a party popper but if his asking price is $AUD750,000 than Im not keen at all. Thats too much IMO. Would Andrew Fifita be getting that much? How about Bromwich?

Given how pathetic our forwards are, I'd say he'd be 750k well spent. We have one of the weaker packs in the comp, and I don't see us going anywhere without significant changes in that department. I couldn't believe the awful stats our pack produced last year, especially the props. Lillyman looked like some sort of god running 100m a game in comparison to the rest. No time for Matagi, totally living off his story and the fact that he carried the ball back hard a few times in 2013. Absolute waste of space on 300+ or whatever it is he's on. Mateo and Bukuya too were just a waste of time, Rapira can't crack 70m a game and Matulino seems to be incapable of hitting anywhere near his former targets. Merrin has twice the workrate and twice the effectiveness of any of those guys, so I'd be happy for us to spend that sort of coin on him. Much better than having 2-3 passengers on 300k who do sweet fuck all. Just my opinion anyway.
Reactions: warriorsfan92, PolarBob, facefacts and 16 others

I'm one of those very much in the spend the cap on imports waka so I am biased (grossly bias) but I do think that since our Ceo oversaw the amendments to the NRL Salary cap particularly the third party stuff......that what is reported in the media and what Jim Doyle ends up signing off on players like Merin and submitting to the Auditor (who lets not forget Doyle advises) will be (if nothing else)

1. Legit and squeaky clean
2. All third party resources to the limit will be incorporated in any marquee signing of this magnitude
3. because of the above points the registered Salary will be significantly less than the media slant when you exclude the fringe benefits (lets not forget Dean Bell in a full and frank interview on Radio sport admitted that the Warriors struggle for third party sponsorship deals...he nominated Vodafone as a potential....that was eye opening for me....I knew we had issues being from a smaller economy / NZ V Aus....Big companies invest in the likes of the all blacks who have a profile ergo they have adidas etc....but I always thought Bell and Watson had a handle on using some of their influence in all Warrior big signings to link in with at least some of the Warrior major sponsors...turns out Dean has not had a lot of experience with TPA's on the same (economies of scale Aus V NZ mind) as say the banana deal that Slater has with Queensland/Storm contracts....Cam Smith and ford and so on) In this country it is the national sport...Union....that enjoys those relationships with big companies.

With Bill Wavish and Jim Doyle ( Corporates in their own right ) change is afoot I'm sure....we should be able to sort this TPA discrepancy between us and the Sydney Super clubs moving forward.

We reportedly signed off on Hoffman for only a 100k less.

Both are top shelf.....Merrin has a longer shelf life.....Merrin is a Prop....the Warriors need two Merrns if you ask me and if that ends up being a total cost of 1.5mil in fringe benefits then so be it.

George Burgess was being rumored as the next Million dollar Prop in the NRL....so Super Props are not cheap ( Fatfita I saw mentioned....well there was the 800K + Bulldog deal for him that fell over....so yeah props cost mega...and Fafita at the Sharks has been playing like Mutts at the Warriors (not a lot of people happy with him) getting Merrin here for 750k would be a steal ( you're talking moving countries to this Banana republic(.

Remember when we blew our cap on Pricey and Wiki ?

That was actually worth it...the Warriors might not still exist had not they got two big names to string the fan populace along for a bit.....Price and Wiki were worth the price of admission to watch on their own.....Merrin and Hoffan are no different except this time we wont have to sell Johnson to have them.
Last edited: Feb 7, 2015
Reactions: Est95, way2sharp, Kalcod and 2 others

mt.wellington said:
Sorry to be a party popper but if his asking price is $AUD750,000 than Im not keen at all. Thats too much IMO. Would Andrew Fifita be getting that much? How about Bromwich?

I'm with you. He's a good player but he's not worth that money. 750k is money thee x factor game winning players receive. Not a prop. Even james Graham isn't worth 750k and that's sayin something because he's the best prop going round.
Reactions: mt.wellington

He rejected 750k from the Dragons. There's no way he or his manager believe he can get more than that on the open market. He rejected the offer IMO because he just doesn't want to be at the Dragons. Whatever club he goes to will pay 600k IMO, unless it's the Raiders then it will be closer to 1 mil.
Reactions: Sup42

If we can afford Merrin we should have a crack at signing him...

Him in our pack fills the last major gap in our team and gives us a real shot at the title...
Reactions: Defence 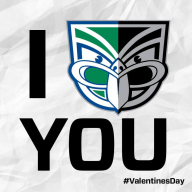 Whats with all this Merrin was and has been rubbish.... he is only 25 and has spent his entire career at a shitty club.

For a prop at 25 he is just coming into age and should hit his peak over the next few years, i believe that his best is yet to come.
If by some miracle we manage to sign this young man we should all be doing star jump high fives!!
Reactions: warriorsfan92, eX | Machina, Kalcod and 8 others

Sup42 said:
Remember when we blew our cap on Pricey and Wiki ?
Click to expand...

Yeah I do. We spent so much of our money on the front row we ended up with Grant Rovelli and Michael Witt as our halves

. Lets be honest. We sucked those years and should be thankful the kick it to Manu Vatuvei paid off so well.

Can we never go back there please

mt.wellington said:
Yeah I do. We spent so much of our money on the front row we ended up with Grant Rovelli and Michael Witt as our halves

. Lets be honest. We sucked those years and should be thankful the kick it to Manu Vatuvei paid off so well.

Can we never go back there please

Don't why your hating on Michael Witt, in the first season 2007 he had over 90% GK and over 150 points to his name. I'd say that was better than most in the NRL
Reactions: Kalcod

Leedslion007 said:
Don't why your hating on Michael Witt, in the first season 2007 he had over 90% GK and over 150 points to his name. I'd say that was better than most in the NRL
Click to expand...