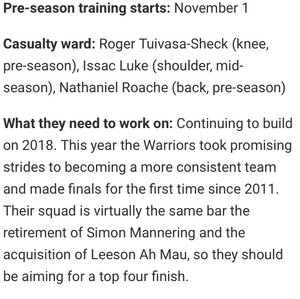 ​
Does anyone know when they come back for preseason? According to fox sports it’s tomorrow..
Last edited by a moderator: Nov 2, 2018

Contributor
I've heard tomorrow for other clubs, not sure if it's across the board though
Reactions: Johnnyray

I thought I read clubs or maybe the Warriors were heading back on Monday the 5th.

As someone that loves to exercise looking forward to seeing the training updates. Time for Corvo to draw up the training plans and earn his pay check.
Reactions: Johnnyray and bruce

I heard it was Thursday.
Reactions: Johnnyray and bruce

The 5th might of been some of the clubs with a new coach starting. Pretty sure I read an article or two of a club starting on the 5th and if the coach might not be there when they start (maybe Macguire at the Tigers).

Our casualty ward list there doesn't look to bad in terms of off season surgery. Roache must be due to train soon.

Do they have Lawton missing? There was an article about him having surgery.

For Roger Tuivasa-Sheck I suppose we just need to try and find some positives. Missing the tour means a few less games & travel. It isn't as bad as his last injury. Can get some rest physically and mentally before ripping into the pre-season to back up his Dally M winning season. That last part sounds so good.
Reactions: Defence, Johnnyray, Hazman and 4 others

Looking at some of the players insta stories, most look to still be on holiday so if they start tomorrow there won’t be many there!!!

Wellington Warrior said:
Looking at some of the players insta stories, most look to still be on holiday so if they start tomorrow there won’t be many there!!!

Maybe has something to do with whether teams played finals or not? Most sports are mandating minimum breaks these days.
Reactions: bruce

matiunz said:
Maybe has something to do with whether teams played finals or not? Most sports are mandating minimum breaks these days.
Click to expand...

That will be it.

Don’t they get compulsory 6 weeks off now.
Reactions: matiunz

Fearmuss said:
Don’t they get compulsory 6 weeks off now.
Click to expand...

Pretty sure that's after Internationals as well
Reactions: bruce

The players definitely get a defined period off. Think you guys might be right with 6 weeks as I remember being jealous as us mere mortals only get 4. Usually I think it is broken up 4 weeks after the season then 2 weeks around Christmas

There was an article a few days ago about the Johnson saga dragging out as once he comes back from the Kiwis tour like the other internationals he won't be back until after they start up after new year.
Reactions: bruce

Happens every year players starting pre season is staggered for a variety of reasons.
Reactions: bruce

They probably won't do it but would love to see another pre-season doco on Sky
Reactions: Warrior482, Defence, warriorsfan92 and 5 others

Warriors just posted a video on there Facebook page with the players back today.

Charnze Nicoll-Klokstad, Roache, Sam cook are all there, doesn’t really show anyone else

Last edited by a moderator: Nov 1, 2018
Reactions: frankspence, leaguejunkie, ttkk19 and 11 others

snake77 said:
I thought I read clubs or maybe the Warriors were heading back on Monday the 5th.

As someone that loves to exercise looking forward to seeing the training updates. Time for Corvo to draw up the training plans and earn his pay check.
Click to expand...

Good. I hope Alex Corvo fires a fucking rocket up their asses over that humiliating loss in finals against Panthers ...

Contributor
Only players back on Thursday where those that were on rehab before Round 26, need to drop weight, new juniors and those the club have invited to trial for the ISP team. Those that trained right up until the first week of the finals will start this Monday. Basically be the full squad minus the MMT boys and the Kiwis.

Important to note that players not involved in Internationals still trained at the club few weeks after the season had finished. Was more fun games type training but no less intense then standard training. Even on holiday they will still train. Athletes who stop end up breaking down.

They also have all been weighed and know their weights and skinfold targets to comeback with. Even the Kiwis boys who might only see one day preseason this year will only comeback to be weighed and take skinfold tests... 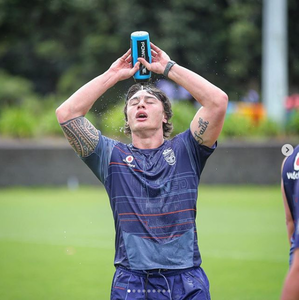 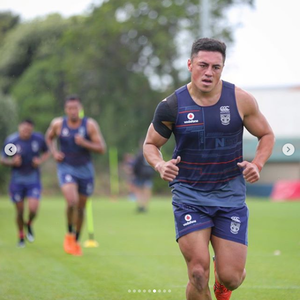 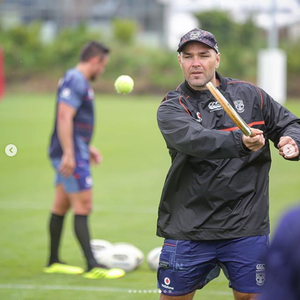 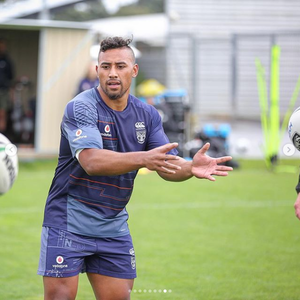 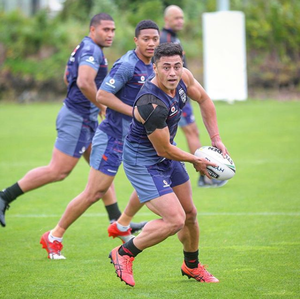 Can I get my 10c in here as it pops up yearly. Pre season is not punishment it is preparation.

Players are taken to their limits then are trained to better those limits we saw last season players hating Corvo until they started seeing and feeling the results.

It is why I think players like Satae will be able to go to another level. There will be others..

Corvo himself said he needed two seasons so if the job is only half donne with the improvement last year ir could be good times.
Reactions: W.A warrior, Worried2Death, warriorsfan92 and 13 others

Contributor
Watching Foxtel ‘classic’ games yesterday they had our 2016 vs the Roosters (the Roger Tuivasa-Sheck golden point win) at Gosford. The improvement in the team since then is massive,
-Roger Tuivasa-Sheck and Luke have stepped their game up massively.
-Ken and Fusitua are an upgrade on aging Manu and Tui(although he played well)
-Our forward pack is light years better vs a tired looking impactless Lillyman/Matulino/Hoffman plus a sprinkling of Rookies.
- Johnson i noticed his off the mark speed has slowed but the rest of his game was similar, Green is a massive upgrade on Robson.
-Ayshford looked relatively solid but it was disappointing to see Kata doing the same no pass/ barge over tactics(although he did score off it).

Over all a MASSIVE improvement to what we were
Reactions: W.A warrior, Worried2Death, D1zWarz and 9 others

Tony Martin said:
Warriors just posted a video on there Facebook page with the players back today.

Charnze Nicoll-Klokstad, Roache, Sam cook are all there, doesn’t really show anyone else

Geez he has them sucking big ones already. Gotta love that guy. No wonder Shaun Johnson is happy to be in England.
Reactions: Tonbridge (Swanley), Hazman, Tony Martin and 1 other person