The old mid season sack everybody threads have started early this year.
Reactions: Johnnyray and Sup42

Not blaming anyone but something I was wondering. At home games at the Mount, there's a medicab (looks like a golf cart). But, is that the responsibility of the Warriors (as the home team) or the Stadium to have it available? Of course, Roger Tuivasa-Sheck should have been carried off the field but I wonder if making sure one was available "fell through the cracks" because no one saw it as their responsibility. Did anyone at the game notice one or anyone watching on TV see one?

If there wasn't one there, then perhaps the NRL should look at their guidelines to make sure something is available at all games.
Toggle signature
For they were Warriors ..... these mighty men of Valour
1 Chronicles 12:21
Reactions: Akkerz, The Cheap Seats and mrblonde

Hve seen Bully squating while standing on a swiss ball while fending off balls being thrown at him.
Great for balance, core strength, stabalisers.
Not some weird Warriors Doc Mayhew thing, its real! 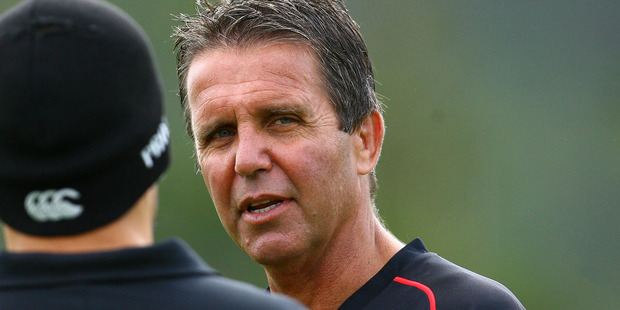 Dr John Mayhew was rushed to hospital but details of why he became unwell are not clear. Photo / Getty Images
Warriors doctor John Mayhew collapsed after an exercise class in Auckland last night and is in an induced coma.

Mayhew was rushed to hospital but details of why he became unwell are not clear.

Mayhew, who was the All Blacks doctor for 15 years, on the sidelines for 131 tests, before spending most of the last decade at the Warriors, became an Officer of the NZ Order of Merit for his services to sports medicine in the New Years Honours List.

Mayhew has worked in squash, world cross championships and the Commonwealth Games team of 1990. He is on the board of Drug Free Sport New Zealand.

Hope the Doc is ok!!!
Reactions: Deranged and Marshthedarsh

Wellington Warrior said:
Stylez Davis.... something you would like to explain??

We all hope he is OK but to poke the stick at Stylez is well below the belt
Reactions: Akkerz, jonno, Wellington Warrior and 1 other person

Seriously hope he pulls through this okay.

Geez horrible to hear...Hopefully pulls through ok and improves quickly. Rest up Doc!

Dixpat said:
We all hope he is OK but to poke the stick at Stylez is well below the belt
Click to expand...

What have you guys done!

I vote we Change the thread title given the freak timing of t he unfortunate news regarding John Mahew.

I'm sure none of us true Warrior Whanau want to add any avoidable stress to any one associated with John.

The title sack Dr......is just that....a title to challenge.....an issue to rark up for the sake of sensationalism and controversy.

In such times as these we see the person behind the flapping on an internet forum rather than the title ' Dr to the Warriors'.

Personally I find it distasteful and repugnant to air our grevances any longer....since the target of them has become a victim of a traumatic brain injury himself.

Slagging folk who were critics five minutes ago serves John Mayhew and loved ones no purpose either.

This is not a time for smug one up manship....that is equally distasteful peeps.

A collection for the good Dr sounds relevant to me right now and a modification of thread and post alike.
Reactions: jonno and RiceOwl

Sup42 said:
I vote we Chang the thread title
Click to expand...

Already done before your post. Poll removed as well as it was one sided.

Quite a timely reminder that there are real people behind our somewhat emotive language, and it is quite easy to get carried away and start slanging them behind the comforts of a computer screen.

Im sure noone meant any harm and we wouldnt want what he and his family are going through on anyone associated with the Warriors.
Toggle signature
“Insanity is doing the same thing over and over again, but expecting different results.”​
Reactions: Akkerz, fizurg, matiunz and 14 others

It appears he had a heart attack and was resuscitated.

He is in an induced coma but in a stable condition.

Let's all hope he has a speedy recovery
Reactions: jonno, ramraider78, Dunedin warrior and 4 others

This is my first post on this thread although I have followed it from inception with morbid fascination.


tajhay said:
Quite a timely reminder that there are real people behind our somewhat emotive language, and it is quite easy to get carried away and start slanging them behind the comforts of a computer screen.
Click to expand...

And this the reason why.
We have a very professional staff running the club we all love and although we get upset when we loose and get high when we win we must never lose sight of the fact that everyone involved in this is a human being and has feelings.

Keyboard Warriors do not always appreciate the damage they do (cyber bullying) and should sometimes step back from the keybord when emotions are running high.

Get well soon Doc we do appreciate what you have done for our team.
Toggle signature
Pay it Forward
Reactions: fizurg, Iafetas Kickstand Wang, Afakasi247 and 7 others

Get well soon Doc.
God knows we need u.
But on a lighter side does this count as our injury for this week.....

It definitely puts things in perspective. Football is football. Its broken up into seasons and as sure as the sun rises in the east and sets in the west there's always another game or another season to sink yourself into. Its perpetual in a sense. Life is not, and its absurdly delicate.

Wishing Doc all the very best for a speedy recovery and ongoing good health. He's an outstanding doctor with incredible experience and a brilliant reputation that precedes him in earnest.

John Mayhew was my family doctor when I was growing up.

I was also taught by his mother.

parts of this thread are pretty disrespectful to a respectable man and his family.