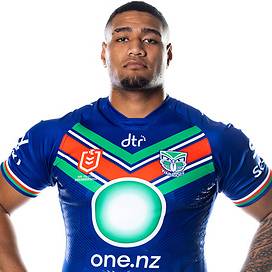 With Bromwich boys heading to Dolphins. I hope we have these 2 wrapped up guarded by secret service and a pack of 30 German Shepherds and Dobermans.

This is where we need what appears to the outside as non existant player development to kick in, so these boys are FG ready when the time comes and not left to hit the park half at it like Papali'i who got his development via Parra.
This is where I think somebody like Brown would make a better CEO, being able to identify what we do and dont have in place that we should or what we should be doing at a standard closer to Aussie top 4 teams.

Looking forward to seeing these two boppers blooded and getting some 1st grade experience now, nothing to lose this season.
Reactions: Once A Warrior

Worried2Death said:
Looking forward to seeing these two boppers blooded and getting some 1st grade experience now, nothing to lose this season.
Click to expand...

They turn 20 in August, so they havnt been rushed into it.

Love their frames. Should not just be boppas but bloody good line runners.

They were pretty epic in the S G Ball Cup, couples years back. Qld cup it continues. Lingi 10 games (limited time), 6 tries, 35 TACKLE BREAKS !! Kina wasnt far off that either.

Please develop these guys so they have the mind of aspiring professional atheletes. Not what happened to Papali'i. I hope we get him back at some stage.

You got guys that dont look 112kg at 6ft1 running at you, they going to be a handful imo.

That also seem to have good attitudes. Not full of themselves, smiling a lot. I guess life is pretty good when you got your dream career in the palm of your hand.
Reactions: ramps, Toookey and Worried2Death

Lingi has been named to play off the bench for the Dolphins U21s this weekend & brother, Kina, to start. Is anyone in SEQ able to let me know whether Brisbane A Grade is a higher standard than the Hastings Deering Colts grade? If so, why aren't they playing against men at every opportunity?
Reactions: Damo, snake77, Up the guttz and 3 others

Cces said:
Lingi has been named to play off the bench for the Dolphins U21s this weekend & brother, Kina, to start. Is anyone in SEQ able to let me know whether Brisbane A Grade is a higher standard than the Hastings Deering Colts grade? If so, why aren't they playing against men at every opportunity?
Click to expand...

I would say it’s probably a slight step below Hasting Deering Colts.

Best U21s in Queensland (plus out of state U21s in NRL pipeline of the broncs, cows and titans) vs Brisbane prems