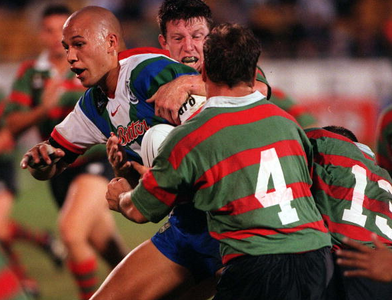 ​
Rugby League nomad, a centre turned back-rower, represented the Maori team in the 2000 World Cup. Smith appeared in 8 Tests for NZ between 1994 and 2000.

Only played one season with the Warriors where he made 10 appearances and scoring one try.

He was in great form with the W’Tigers in the early part of the 2001 season before a shoulder injury disrupted his year. In 2002 Smith shifted to Canberra - his seventh premiership club. He would retire after a long term neck injury.