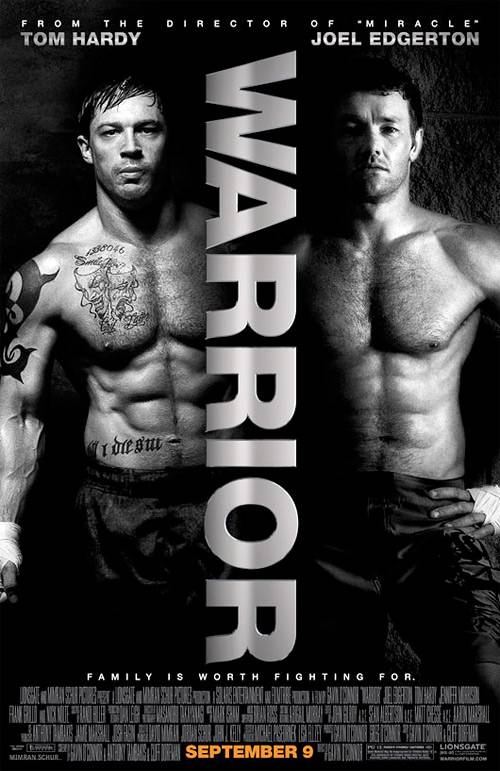 Anyone thinking of watching this movie do so. It's one of the best movies i've seen for sometime.

yeah watched it big fan of Tom Hardy already, I thought it was an awesome watch was quietly surprised to be honest that they managed to add a bit of depth to the characters, initially thought would just be a bash n crash flick thank god they didnt use stone cold steve austin or vin Deisel, Great to see old grumpy guts Nick Nolte in it as well.

ps. didnt like the last 10 min, the ending, though started feeling a bit contrived as if the hollywood machine took over the movie and gave the films producers the ending they wanted

Moz said:
ps. didnt like the last 10 min, the ending, though started feeling a bit contrived as if the hollywood machine took over the movie and gave the films producers the ending they wanted
Click to expand...

The end was the only weak part of the movie, felt contrived. Strong movie and touching in some parts.

awesome movie tom hardy is a animal, if you like toms movies you should try find a movie he did called BRONSON Britains most notorious convict

Hardy is a top class actor. Only reason i knew about Warrior was because i was on IMDB looking at his profile to see what he had coming out in the near future.

suprisingly good imo see the size of his back FARRRRK

The man is a monster, I loved the movie (except the last few minutes)

I have that on movie on DVD. One of the weakest Star Trek movies but the break out role for Tom.

Hardy was awesome in " The Take " an adaptation of a martina cole novel plays a seriously volatile sociopathic crim his best role to date for mine, actually to be fair the whole cast rock in this

also heard he is the new bad guy in the next batman
Last edited by a moderator: Dec 30, 2011