The Vodafone Warriors’ Chairman Bill Wavish confirmed today that Chief Executive Wayne Scurrah will leave the club at the end of 2014.

Current NRL Chief Operating Officer and ex NZRL CEO Jim Doyle has been appointed as the next CEO for the club. Wavish praised Scurrah for his contribution to the club, 2014 being his ninth season as chief executive.

“Wayne has worked very effectively for the club,” he said.

“During his time we have seen the Vodafone Warriors improve across the full range of football and business activities and become one of the strongest clubs in the NRL. Wayne indicated some weeks ago his aim to step down at the end of the season. Jim Doyle was approached and we are thrilled that he has signed a contract to be the next Vodafone Warriors Chief Executive Officer.”

Scurrah says when he joined the club in November 2005 he didn’t anticipate being in the role for nine seasons.

“When I started we had significant challenges both on and off the field,” he said.

“The club is in much stronger shape and I would like to acknowledge the remarkable team of people who have worked with me during this time to achieve what we have. It’s been a privilege to be in the role and I look forward to continuing to work with my team until I leave later this year. I would also like to publically congratulate Jim on his appointment. I’m certain he will be a great asset for the club.”

Wavish agrees: “The Board has every confidence in Jim not only as a proven businessman but also as a passionate stalwart of rugby league in New Zealand.”

Vodafone Warriors owner Eric Watson commented: “Wayne has done a professional job and I’m grateful for the passion and commitment he’s shown during his tenure.

“The Vodafone Warriors are about to complete their second decade which makes the next 10 years critical for the club. Jim’s a highly successful businessman first and foremost but his understanding and connection with the game is a great asset. I’m hugely excited about Jim’s appointment and the future of the Vodafone Warriors.”

Doyle is best known in New Zealand business circles for the significant role he played with Navman initially as Chief Operating Officer and then Chief Executive Officer taking the organisation from a $3 million company to a $500 million worldwide brand. Doyle says he’s delighted about the role and returning to New Zealand.

"The Vodafone Warriors club has a good reputation within the NRL based on the work that Wayne and his team have done in recent years,” he said.

“I'm very excited about both the role and returning home to New Zealand. I am sure the next stage will be exciting and challenging, and I am committed to seeing us lift the bar even higher on and off the field."

Doyle will commence the role as CEO of the Vodafone Warriors on November 10, 2014.
Last edited by a moderator: Jun 3, 2014
Reactions: warriorsfan92, thebroverine, ramraider78 and 3 others

Can this season get any better ??
Reactions: Stylez Davis, DANZ, warriorsfan92 and 6 others

so inner circle people - cliffs of why Jim doyle is good/bad for us???

Holy Fuck I am loving being a diehard right now!
Reactions: Rizzah and Miket12

Sort of unexpected in a way, I thought he was going to step down if we didn't make the 8?

Well, either way, Doyle is a great appointment - so I guess for many this is a win/win situation.
Reactions: Miket12

Now, at least in my opinion, the only downside of us not making the Top 8 has been removed.
Reactions: motu1, fizurg, RobRoyMcCoy and 2 others

Contributor
Can we have a new jersey to celebrate?
Reactions: HitroNitro, Tyrael, Hitman82 and 8 others

Not only is he going but confirms that home games are at Fortress Smart next year - do we start a don't go Wayne thread?
Reactions: RobRoyMcCoy and Canadian_WarriorFan

Which implies that Wayne's hardballed the council into not scrapping the contract keeping us there until 2018 (which I assume the council has the power to do if they wanted).

The share price in Canterbury will be plumetting as we speak.
Reactions: Miket12

Pricey can finally come back!
Reactions: Harlz, brightman and Miket12

Had to check the dates, either it was April 1st or December 25th
Reactions: Miket12 and Est95

This is shaping up to be one fuckin crazy year for the Warriors, and we're only half way through! What other twists are in store?
Reactions: mrblonde, Harlz, Nahz and 4 others

Best part of the Herald story on Scurrah leaving https://www.nzherald.co.nz/sport/news/article.cfm?c_id=4&objectid=11266706

"Meanwhile the Warriors have also announced that they will play all Auckland home games next season at Mt Smart Stadium. The side opened the 2014 season with three games at Eden Park."
Reactions: Hitman82, Harlz, eX | Machina and 2 others 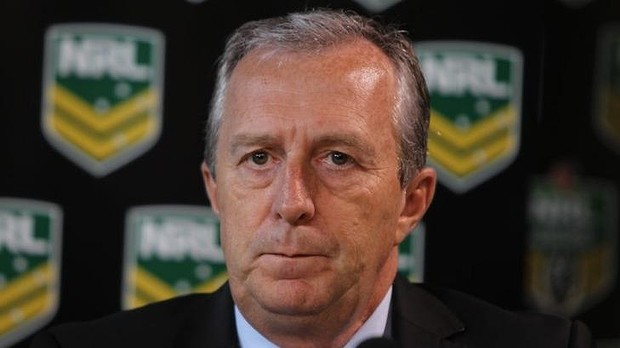 NRL's chief operating officer Jim Doyle will return to New Zealand at the end of the year to take on the role of chief executive of the Warriors.

The NRL released a statement on Tuesday morning where Doyle said he and his wife were keen to return home to New Zealand to spend more time with his two daughters.

It will be business-as-usual for the NRL with Doyle remaining COO until the end of 2014.

"I have to admit that my wife and I are a little homesick for New Zealand and are missing our time with our daughters who live there," Doyle said.

"When the opportunity arose to join the Warriors as their next CEO, I knew it was the right decision for our family.

"It means we can return home but also stay within the Rugby League community, which is a major part of our lives and the sport that both my wife and I are passionate about."

Doyle, who was chief executive of New Zealand Rugby League from August 2009 to December 2012, will have been working for the NRL for almost two years when he leaves.

"It was always my intention to return to New Zealand after two to three years, which I made clear to both the Commission and Dave Smith when I joined," he said.

"I cannot praise Jim enough for his contribution to the growth of Rugby League and the important foundations he's helping put in place to ensure this game becomes even healthier, stronger and more professional in the coming years," Smith said.

Smith said he will conduct an external search prior to Doyle's departure to ensure a well-managed succession plan.
Reactions: tajhay and Miket12

Can we still have one home game down here in Welly?
Reactions: Bluecat again, Eva, Warriorholic and 1 other person

DavidMcKay1974 said:
Can we still have one home game down here in Welly?
Click to expand...

A team will take us there as their 'home' game in any case.
Reactions: Eva

don't know much about Jim Doyle...:what did he do for NZRL when he was running it?

Contributor
I’m not as anti-scurrah as many, his job seems to have been to scrape up cash for the club, and that he has done, but it is a good symbolism and timing, closing the door on the post-Ivan pre-McFad chaos period.

There are probably cushier jobs out there than running NZ’s only pro league club, and he’s jumping at a point when things are looking up, not a complete dummy is boss scurrah.

As for Doyle, widely respected for whipping NZ league into some sort of shape, can’t say I know too much about that time, others will, despite the hot air the NRL does not seem to have any more "Integrity" now than they did under Gallop, a core of players are still misogynist drunks, salary cap compliance seems to have gone out the window, the standard of referring has really deteriorated and the judiciary is as capricious as ever, probably a bit much to expect one man to fix that, but can’t say he improved any of it either.

Still, a good get for the warriors, he will have the inside info on what the convict clubs are up to, his salary would probably be astronomical with his CV but that’s a problem for OG and EW not us.
Reactions: tajhay, stacky18 and snake77

His LinkedIn profile doesn't show up much - what do we know about his track record?

way2sharp said:
do we start a don't go Wayne thread?
Click to expand...


For all the nonsense around palyers and coaches, Scurah has done a good job in terms of;
1) Raising the profile of the club
2) Sorting out our finances (moan all you like about the jerseys, but people are buying them!)
3) Filling seats with arses
Reactions: tajhay and stacky18
Show hidden low quality content
Share:
Share

General An Email To and Response from Jim Doyle
2 3