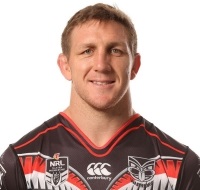 The Warrior being forced to be a warrior


Veteran forward Ryan Hoffman is fuming after being told by the Warriors there is no place for him at the club in 2018.

Stripped of the captaincy by coach Stephen Kearney recently, the former Blues State of Origin and Test forward was keen to remain at the Warriors.

But the club has told Hoffman it has other plans, leaving the 33-year-old out in the cold.

Publicly, Hoffman is putting on a brave face at the decision.

But privately, Hoffman is fuming at the Warriors’ stance and is looking to remain in the NRL with a rival club for next season.

He has nothing to fume about he along with Lillyman and Mcfadden should thank the Warriors for paying them for another year, let's see what his stats are this year, I don't believe he'd be crying privately so I will save my on point tirade for a few games into the season.
Reactions: 1 user

We gave him a contract.

He's playing through the contract.

The contract ends, and there's no renewal of contract.

He's a major defensive liability with zero impact on attack. Also he completely sucked as a captain. Would be more than happy if he fucked off already.
Reactions: 5 users

Mr Brownstone said:
He's a major defensive liability with zero impact on attack. Also he completely sucked as a captain. Would be more than happy if he fucked off already.
Click to expand...

Would still have to pay him out.

Mr Brownstone said:
He's a major defensive liability with zero impact on attack. Also he completely sucked as a captain. Would be more than happy if he fucked off already.
Click to expand...

Leaguegod said:
Would still have to pay him out.
Click to expand...

Not if he asked for a release. In any case if I were him I would be playing my butt off to impress another club, like the Knights or the Titans.
Reactions: 3 users

It's a bit of a nothing article really. Of course he is going to be angry that the club don't want to resign him, most people would be.

Having said that it's a completely fair call by Kearney, bit of a strange buy in the first place considering we had to move our captain out of position to accommodate him.
Reactions: 4 users

That said sorry Hoff, we aint a retirement village u go to cash in your pension!
Reactions: 1 users

That said sorry Hoff, we aint a retirement village u go to cash in your pension!
Click to expand...

Kearney got the shove from Melbourne to accommodate Hoffman. He didn't complain but maybe Hoffman thinks SK was getting even. I call it stiff shit.
Reactions: 1 user

He got removed from the captaincy and hasn't been offered a contract so it is a natural conclusion to come up with that he isn't happy. But is there anything to it, the guy reporting it isn't exactly a guy that bats 100.

Poor guy, he's probably completely understanding of the Warriors stance, "that's professional sport, disappointed, would like to have stayed etc", and then he gets an article about him sulking behind the scenes!!

Of course he would be a bit pissed, we all would be. Shit article.
Reactions: 1 users 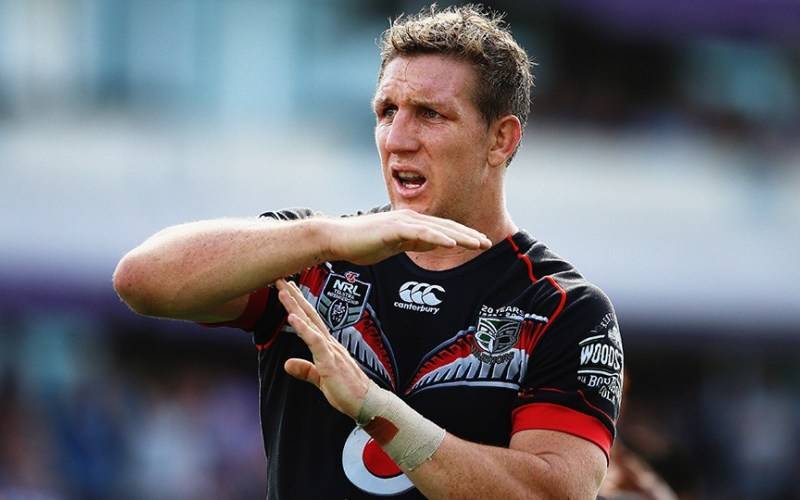 The New Zealand Warriors informed veteran second-rower Ryan Hoffman that he is not a required player in 2018.

Hoffman, 33, joined the Warriors from the Melbourne Storm at the end of the 2014 on a 3-year deal which was believed to be worth $1.6 million. The Newcastle Knights are considering to offer Hoffman a life-line for the 2018 season, as Coach Nathan Brown believes Hoffman would provide a perfect role model for his talented young group of players, on and off the field.

The Knights initial target Matt Scott is no longer a viable option foe Newcastle after injury his ACL that has ruled him out for the entire 2017 season and now the Knights have move their focus onto Hoffman.

Hoffman had a successful career at the Storm where he played 245 games and was part of their grand final success.

It is also understood that a number of Super League clubs have shown interest in the 33-year old, with the Wigan Warriors leading the pack of potential landings in the Super League.

Hoffman had success at the Wigan Warriors in 2011, helping the side to defeat Leeds 28-18 in the Challenge Cup Final. 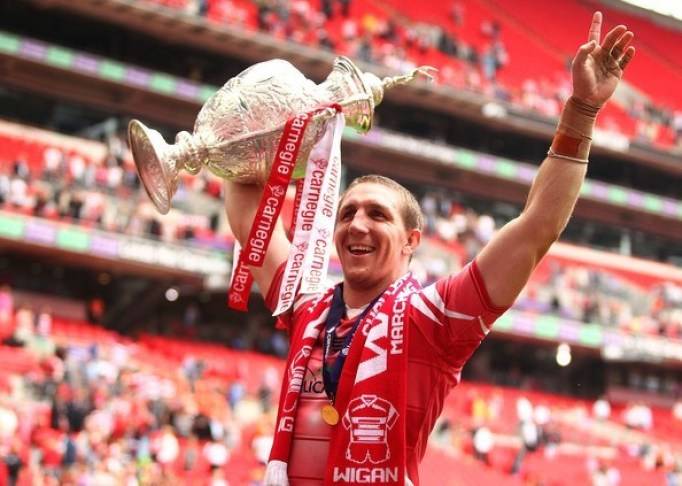 Hoffmans’ preference would be to remain in Australia and in the NRL, which has the Knights in the driving seat to secure the former Australian and NSW representative

Hoffman has made 323 first class appearances (NRL: 289 and SL 34) since making his debut with the Melbourne Storm in the 2003 season.

Good luck to him if he can find another club to continue his career. Returning to Wigan would be a nice finish to his career.

For the Knights this would be an interesting signing. It would be interesting to see how he goes as is he going a season too long? He is experienced and their squad is lacking in that area.

Also it would be interesting to observe his form to compare against his time here. A lot of debate how we have used him or how he has looked like a fish out of water with our lack of structure compared to the Storm. Newcastle are a young side rebuilding does he look out of place there?

Then the debate on his tackle counts compared to our other second rowers. He usually does about 20 tackles compared to the right side second rower regularly doing 40+. Do those stats repeat?

If this signing does eventuate you could compare it to the Panthers signing Clint Newton a few years back. They needed experience and churned through players bringing in older heads while the youngsters get used to first grade and then complimenting that with signing established players. The Panthers like the Knights were a mess while we have been a mid table side making small tweaks to our squad each year thinking that would sort things. It provides an interesting debate if it is easier to rebuild as a bottom of the table club compared to a mid table club. That also brings in location and recruitment so maybe a debate/thread for the end of the season.
Reactions: 2 users

Hope it continues till he splits.....as such....the longer it takes for him to win a contract....the better.
Reactions: 1 users

I think Hoffman is a good player, but the difference is at the storm is that everyone does their role in the team, so you only have to focus on yours. This opposed to Mannering who knows his team mates will make errors regularly so anticipates it brilliantly. i think he would be a good pick up for the knights.
Reactions: 1 users

Good luck to him, I was excited when we signed him but in truth he has been very disappointing, our coaching staff won't do it but I'd drop him to NSW cup sooner rather than later.

watch him rip it up against the warriors next season, lol