Gizzyfan said:
I am guessing you are single Mate. The Bride makes ALL the decisions. The planning Women put into a wedding puts the D Day landings to shame. Very dangerous to mess with that planning.
Click to expand...

I reckon- they might even can the wedding then you'll be doomed to spend the rest of your days alone, drinking beer, watching footy and doing whatever the fark u want.

Hmmmm
Reactions: Off The Bench, eudebrito, ACT Warrior and 1 other person

Best thing in our favour is our winning streak which brings a winning culture. Also all our wins have been grounded out, not steam roll wins
Reactions: Run_it_str8, Sup42 and YeahNah 4020

Contributor
Glass half full:
Warriors by 6 if we don’t get rolled by the ref or Roosters forwards in the first 20mins.

Glass half empty:
As long as we don’t get smoked and show that grit and grind until the final whistle I don’t wanna see all of us on here blah blahing on about “Warriors of old”, “Knew it wouldn’t last” dribble mouth!

We are 3 from 3 and have a squad a plan and reinforcements on the way, we be STRONG mane!!
Reactions: Big_Fattz, kiwiinoz, Run_it_str8 and 1 other person

Still nothing definite on Johnson?

The good thing about this game is we don't really need to win it.

3 from 4 leaves us at a 75% win/loss ratio. It's still marginally better than Kearneys career average.

Talk about your comeback stories.
Reactions: Defence, Run_it_str8, YeahNah 4020 and 2 others

Vancent said:
Is Shaun Johnson playing or not?
Click to expand...

Ah ... a question that has been asked so many times before...mostly during the game.
Reactions: ACT Warrior, Miket12, David James and 11 others

Wait..where’d the Johnson might not play come from?
Reactions: Johnnyray

Contributor
Not a big fan of Vete.

He turns his back - backs into the tackle.

He should take a look at how that has worked out for his Mentor Lillyman. 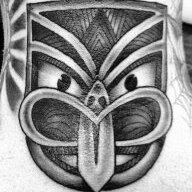 Several people are claiming that he is still in Auckland and that he didn't travel to Sydney with the team.
There's still been no definitive clarification on why Gavet has been omitted.
Reactions: Johnnyray

Defence said:
Just had a look on the chookpen- to say they're confident would be an understatement.
They don't rate our propping rotation at all- fair to say that's where it'll be won or lost.
Click to expand...

JWH has been bog average this season. When was the last time Napa had a good game? 2 years ago ?Tetevano goes ok, but gives away penalties and can't play long minutes. Only good one is SST.
Reactions: Run_it_str8, YeahNah 4020 and Sup42

flying coconut said:
johnson is out
Click to expand...

Where is all this coming from
Reactions: Defence 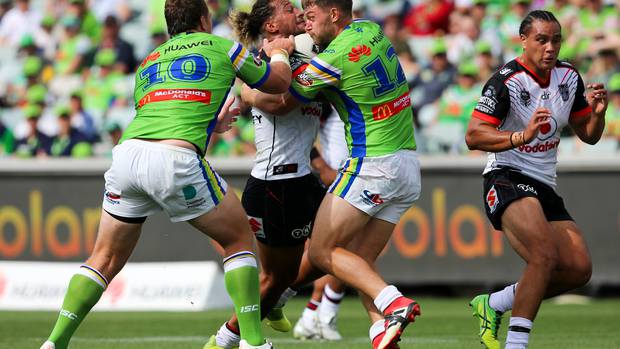 Hard-running Warriors front-rower James Gavet has been ruled out of tonight's NRL clash with the Sydney Roosters. Photo / Photosport.

The Warriors have suffered a blow with front-rower James Gavet ruled out of tonight's NRL clash with the Sydney Roosters.

Gavet's omission means the Auckland-based side will be without two of the front-rowers they have used throughout the opening three rounds for the match at Allianz Stadium, with interchange prop Sam Lisone serving a one-game suspension.

It is unclear at this stage whether Gavet is injured and a post on the Warriors website says his replacement is yet to be confirmed, while bench forward Bunty Afoa is listed in the starting side in the NRL's updated team lists.

There could be bigger worries for the Stephen Kearney-coached side however, with back-up half Mason Lino retained on the bench despite not having featured in the opening rounds, raising questions as to the fitness of halfback Shaun Johnson.

Wing Charnze Nicoll-Klokstad is the other player cut from the extended 21-man squad named on Tuesday, with Kearney due to confirm his final 17 an hour before kickoff.

The loss of Gavet will hurt the Warriors as they look to match it with one of the most formidable packs in the NRL, with the Roosters powerful forward rotation including Jared Waerea-Hargreaves, Sio Siua Taukeiaho, Isaac Liu and captain Boyd Cordner.

The onus will be on new forward recruits Adam Blair and Tohu Harris to lead the way for the visitors, along with hooker and former Kiwis international Issac Luke.

The Warriors go into tonight's match looking to continue their unbeaten start to the season following wins over the Rabbitohs, Titans, and Raiders.

Last week's dramatic 20-19 last-minute win over Canberra was the first time in the club's 24-year history that they have won their opening three matches, and they will hope to continue to break new ground with a fourth-straight victory over one of the premiership favourites.

In 38 encounters with the Roosters since 1995, the Warriors have a 21-16 winning advantage with one draw.

Captain Roger Tuivasa-Sheck is also looking to maintain his unbeaten run against his former club, with the Warriors having won their past three games against the Tri Colours, following a 14-13 victory at Mount Smart Stadium last year, and a tense 12-10 win at home and 32-28 golden point win in Gosford in 2016.

After being stunned 10-8 by Wests Tigers in the opening round, the Roosters rebounded with convincing wins over the Bulldogs (30-12) and Newcastle (38-8) to sit in fourth spot on the NRL ladder just behind the Warriors.

We can still win. The core of our Strength is in our ability to defend our line and our late round stamina.

We could sure as hell have done with Lawton and Roach right now...even that fulluah who plays for the Raiders.
Blake 7
Tohu Harris 6.
Blair 12

If the Rumors are true that is. Just not a fan of Lino's passing...its horrible.
Last edited: Mar 31, 2018
Reactions: gman, Defence, Tragic and 2 others

I guess there’s a chance Hiku or Tohu Harris step into the halves with Gelling retained on the extended bench coming into the centers ...

The Lino option would obviously cause less disruption to the side.
Reactions: Defence

So just checked League Live and Lino is on the bench, ahead of Vete. That’s ominous.
Reactions: Run_it_str8, Johnnyray and Sup42

Selector said:
JWH has been bog average this season. When was the last time Napa had a good game? 2 years ago ?Tetevano goes ok, but gives away penalties and can't play long minutes. Only good one is SST.
Click to expand...

SST, against his former team, when has one of those former players ever come back and bit the Warriors on the arse?
Reactions: Run_it_str8 and Sup42

Ouch , why Johnson WHY!!!!!!
Reactions: Waiting For Premiership and Sup42

This games fucked already and it's still 7 hours away.
Reactions: Waiting For Premiership, Run_it_str8, Johnnyray and 3 others

Sup42 said:
We could sure as hell have done with Lawton and Roach right now...even that fulluah who plays for the Raiders.
Click to expand...

Agree about Roach and Lawton but don’t know what good Gubb would do us though bro.
Last edited: Mar 31, 2018
Reactions: Defence, Run_it_str8, Johnnyray and 2 others
Show hidden low quality content