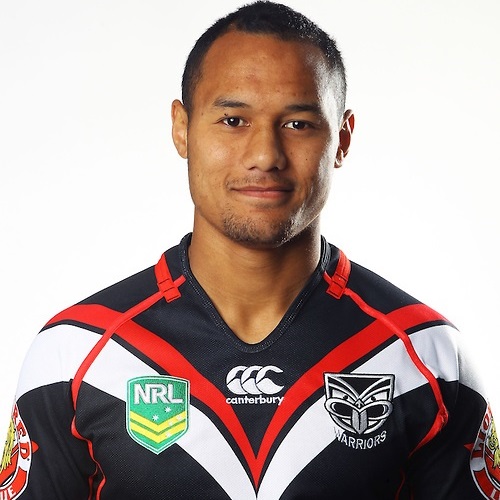 Spence said:
Well Heremaia could easily cover halfback for 10 minutes at the end of the game, if need be. So I don't know if that is a reason for playing Godinet, but I guess he can cover any position in the spine, so he is a more versatile choice. Personally, I simply think they want to give him a run, see what he's got.
Click to expand...

Or Feleti to 6, Jabroni to 7. So I think Godinet has been picked as a bench hooker. If he does spend any time in the halves, it'll just be to get a look at him there. But I'd be surprised if that happened.

If your were making a reference to myself calling him kid. I do it (incorrectly perhaps) all the time, usually to debutants. Of course i mean player instead of kid but each to their own. Unless i know beforehand how old they are, anyone youngish making a debut, i'll happily call them kid.
Last edited by a moderator: Jul 22, 2011

I consider him a youngster. He only just missed out on Toyota Cup.

I think Toyota Cup has skewed what we consider to be young in league. A couple of years ago 23 wouldn't be "old" for a debuting player, but now I think to myself "if he hasn't debuted by 21 he won't make it" because of Toyota Cup a lot of the time.

Godinet most likely to only get the last 10 mins and the first 10 mins of each half. I hope he makes a fist of it another player that's been killing it for the Vulcans.. Gotta feel for Mara though.

I must say I read LG's question and went "Huh!? What?? Has LG missed our theological discussions?"

God's age would be old enough to be a stranger on a bus trying to make his way home...and to have a telephone but nobody would call him on it except the Pope maybe in Rome.

I must admit I was surprised about Godinet's age. Mind you, I still occassionaly get snitty when some sports reporter refers to a 34 year old as a "seasoned veteran". Still a young 'un!

I haven't seen Godinet play, only from the raps that you guys give him.

Will be exciting to see him in action, if indeed he is in action.

Also if this is the case, I am glad that Cleary didn't move Berrigan to the bench and put in another centre. That would have been more disruptive to the team dynamics

Still, will be interesting. I expect he'll play a Seluini style game. Gives another kicking option too which is handy.

He'll be the new Rovelli.

Hope your wrong on that one.

Pita had a memorable NRL debut with a try. He has months ago signed a two year deal with an option for year three. Million dollar question is: will he play half back/stand off/hooker/full back or bench utility?

I guess there's an opportunity for him to play in the halves when Maloney leaves, but I think bench utility for now.

Probably back up half to maloney and johnson, or bench utilty similar to Hohia

Has anyone got any intel on his current form?

I'm not sure if there should be any change to the balance of the side re: introducing an impact hooker but happy to entertain the discussion. Friend has been solid if unspectacular thus far, but given the vacancy that existed i've been fairly happy with his play. He's hardly had a glorious forward platform to work off though.

I have seen him play once so far this year - and he was very sharp. I've seen the highlights of the other games too, and he seems to be in great form. I guess his defense leaves somewhat to be desired, but I don't think he's poor in that respect. The only difference is that he's been playing in the halves, not hooker, so we can't necessarily say his form would carry over exactly. I'm not sure a flash in the pan hooker is what we need currently. It might be a quick fix, as we aren't really creating anything through structure, so individual brilliance could win us the odd game, but I think in the long run we need to establish a solid spine. If we're going for a premiership, anyway.

Which bench spot would he take? Ta'ai's?

I don't think dummy half is the problem area. The forwards aren't giving anyone the platform they were at the end of last year. Matulino and Mateo aside, noone else seems to be able to bend the line.