Zarjaz said:
Wow. I'm guessing Tomkins for the boot in the try… but Rapira? For what? Headbutting that guys shoulder? Did he take too big a divot out of the turf when he went down?… jeesh.
Click to expand...

he lifted the player over the horizontal right at the start of the game
Reactions: Zarjaz

wallacenz said:
he lifted the player over the horizontal right at the start of the game
Click to expand...

Move Sam into the halves.

Not sold on this lineup, but our options are extremely limited right now...
Click to expand...

Not sure about the rest though
Reactions: Lord Gnome of Howick MBE, Johnnyray and InsideBall

I did want to see Fish at fullback with Tomkins moving to the halves and Lino given a shot at halfback but now Fish is leaving theres no real point I guess. Still would have liked to see Lino given a shot over Chad and think it's really stupid that this won't happen. Would like to have seen Maumalo given a shot at 11 too as a fringe running forward.

However, Cappy/Doyle seem to be contempt riding out these bunch of losers instead of looking at options for next year when we actually have something to play for. I definitely disagree with this stance, it seems pointless.

What I would like to know is the reason Cappy is so staunchly loyal to someone like Chad who is horribly out of form and not here next year? Does his journeyman ability remind Cappy of his younger self I wonder? Who knows but right now we are getting pumped every game and are unable to score points.....why would it hurt to look at other options?
Reactions: Richie and Woofa

With the exception of Sam Tomkins and Nathan Friend, all those not playing for the club next year, off to NSW cup. Tomkins, you can play right half because that's Johnsons spot anyway and Friend is keeping Luke's spot warm.

The boys are going to play like girls then we might as well let girls in Kiwi Ferns have a go. That would fuck with Thurston !
Reactions: Rick O'Shay and goldcoast-warriors-fan

goldcoast-warriors-fan said:
Might be wrong but I think Fusitua picked up an injury in that nsw cup match
Click to expand...

Wouldn't surprise me in the least. He's starting to head down the Fish path unfortunately.

Jordan G said:
Wouldn't surprise me in the least. He's starting to head down the Fish path unfortunately.
Click to expand...

Teams come out, via wackos. Don't think alot of people here will like it, someone by the name louzy? Is starting
Reactions: Defence

If he's starting then Thompson must still be out.

Oh my dear lord - Lousy is back. 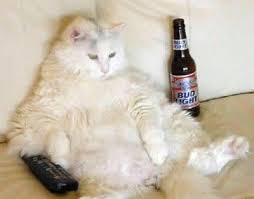 Lousi starting, Thompson on the bench. No RFM.

Not sold on this lineup, but our options are extremely limited right now...
Click to expand...

Don't know about you guys but I'm liking the inclusion of Pricks, by all regards not a soft player, will be expecting him to go hard at the line and look to penetrate the defence, should really stiffen up the defence too.
Reactions: Lord Gnome of Howick MBE

Sum Kunt will be wetting his lips at that match up, Pricks has had the wood over him the last couple of seasons, could be interesting if its wet conditions.
Show hidden low quality content