Looked like such a brutual hit for Tohu Harris, his head rocked back something wicked - knocked out cold and not nice to watch. Given he is one of our best i wouldn't pick him and give him the extra time to recover even though he is playing his old team - we have the other tacklebot mannering there.
Reactions: 4 users

Centurion said:
Massive step up from ISP so I thought he did his job well enough last night. Pace and demands of a game that had clearly the two best sides in the comp IMO.

Very true. When Gavet is back, one of those two drop down to reggies.
Reactions: 1 users

wrighty said:
I would like to know this as well.

I have a suspicion the answer is no as by memory all the team lists seem to come out on a tuesday night - even for the Thursday and Friday matches this year.

With a number of players under injury/HIA clouds it could be important even with an extended bench.

I only ask because I heard something a while ago about it when this Wednesday game was talked about with Bellyache.

WarriorBall said:
With a number of players under injury/HIA clouds it could be important even with an extended bench.

I only ask because I heard something a while ago about it when this Wednesday game was talked about with Bellyache.
Click to expand...

WellingtonOrca said:
Harris is almost certainly out thanks to NRL conussion protocols and the game being on Wednesday.

Thank fook for that.

I dont want to see him out there.

He will be bumbed out, but he should be allowed to fly over and catch up with his mates anyhow.

He can play the Storm at home.
Reactions: 2 users

I like Hiku but his defence is a real worry.
6 missed tackles last night I believe, and if it wasn’t for our desperate cover, Lafai would’ve scored at least twice. (He did stop one certain try though by pulling Lafai down before the line)
He’s getting bumped off every game, bit it seems to be more technique than effort that’s the problem.
On attack he’s been good.
We are winning so obviously it’s not having an overall effect on the results but I have to wonder if at some point it will.
Interesting dilemma, especially when Beale is back.
Happy to keep him in for now though.
Reactions: 3 users

Good news for us, Jesse Bromwich is out for a few weeks.
Reactions: 2 users 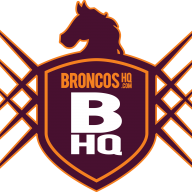 I would bring Johnson back in, even if Lino has been playing better.

Johnson plays a style that the Storm hate.

The Warriors need to do what they do best. Play an up-tempo style, plenty of offloads, high completions and keep the ball in play as much as possible. If the Storm can't wrestle their opposition out of the contest, they really struggle.

The style the Warriors love to play is the Storm's weakness. The problem in previous years, the Warriors have been too inconsistent to get more wins. Making too many silly errors and letting the Storm off the hook too much.
Reactions: 7 users

Contributor
I'm not worried about out attack. I think there are plenty of points on offer against the storm. I am worried about containing the speed they have out wide. Could be a long night for Ken.
Reactions: 1 user

I am worried about possession.
Defence is great and all but you can't win all games with 38% of the ball.
Storm I think have a better chance of converting possession into pressure into points.
We need to play fast and hold on to it like all hell.

AlexM said:
I am worried about possession.
Defence is great and all but you can't win all games with 38% of the ball.
Storm I think have a better chance of converting possession into pressure into points.
We need to play fast and hold on to it like all hell.
Click to expand...

We only had 38% possession because of dodgy reffing.
Reactions: 1 users

wallacenz said:
Quoting another thread, it seems more valid in this thread.

Tevaga has merit as a utility bench player but they just leave him on the field too long. His defence wasnt flash yesterday and that is usually his strong point. When hes not defending well hes not bringing much to the forwards
Click to expand...

He's not my favourite either but from the bench he made 41 odd tackles.

And with Tohu Harris down and Pulu the other week he has to play longer minutes.

Lets hope nobody gets injured next game and see if his minutes balance out.
Reactions: 1 user

WarriorBall said:
Anyone know if the teams named earlier given we play Wednesday?
Click to expand...

AlexM said:
Don't drop hiku. Guys a legend . Always carries the hard ball. Defence is shaky , but he saves more than he lets in and a centre is never going to be 100%.
He is one of our best.
Click to expand...


Defense is shaky?? It's dam near earth quakey!
Reactions: 4 users

Wouldn’t be changing much with this short turnaround. Papali’i comes in for Tohu Harris. Sao or Satae take last bench spot. Sao would be my pick given his experience and can fill in at prop or backrow.

Contributor
This is not the Storm of old, still a good team, but there are definite areas to exploit that have not perhaps been weaknesses in the past.

Their backline is terrific except for a lack of experience in the halves. Cut down the space of the halves with attack dog Blair and the team will be clunky. I'd imagine Smith will do a lot of the playmaking. We cannot let their backs get clean, free-flowing ball.

There is not much impact off the bench for the Storm, this is where I think we can win it. They are not a big pack and Bromwich is a huge loss. I'd imagine Pat Kaufusi replaces him. We can definitely lay a strong platform I believe.

Shaun Johnson might not play, but if he does I want him to make old man Hoffman his bitch. Ryan Hoffman has been a terrific player in the past, but he is so very slow these days and some twinkle toes should either ease past him or create space around him. Hoffman and Lillyman were getting shown up a bit last year in defence (both strengths in the past).

And please, please don't fall for the inside ball to Slater AGAIN like most years. I also think they will try to kick in behind Ken a bit. Their wingers are awesome off kicks and have speed to burn. We need to be ready, perhaps have Roger Tuivasa-Sheck a bit deeper.

As for our team - everyone will do their job, I'll leave it to you SK
Reactions: 7 users

The team will pick itself based on injuries and whos healthy.. shame Kata is injured and not Hiku...
Hikus under 20s jersey pulling defence technique failed him completely he just got dominated, thank god for cover defence...
Reactions: 1 users