Danpatmac said:
my support of this club is hanging by a thread
Click to expand...

Mine has been hanging for ages......its just the loyal fan thing that keeps me hanging like a swinging snot dangling from the nose of a barefoot hungry child at school in winter before it gets wiped on their forearm.
Reactions: Off The Bench, sunburywarrior and ACT Warrior

ToiletDuck said:
Lol we have the stupidest team in the comp. By some margin.
Click to expand...

Man it is shameful following this team.

But I do. Still do. Always will. Fuck it.
Reactions: Tyrael and (deleted member)

Rick O'Shay said:
Not fucking impressed with officiating. This guy is fucking us over left right and centre
Click to expand...

Agreed! As shit as the boys play the other teams do get more sympathy. I watch the games with neutral vision but on numerous occassions the Warriors get pinged for holding a split- second too long yet when Penrith did it to slow us down, we got nothing.

It's difficult to win games when you're playing shit from 55mins onwards (succumbing to fatigue) but certainly the refereeing the Warriors have faced this season just adds to the frustration.
Reactions: Rick O'Shay, OMG and Tylz 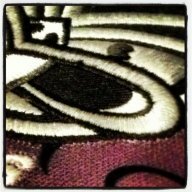 We should open up a new thread! NZ Warriors Wooden Spooners 2016!!!

Danpatmac said:
my support of this club is hanging by a thread
Click to expand...

...which is a noose around my neck. Every loss is a bigger and harder dick punch!!!
Reactions: Iafetas Kickstand Wang

20 pages of disappoint, that's not as bad as it seems. Usually its over 30. Oh wait, it's only Sunday

imallrin said:
That is what you picked up from the game? What about matalino trying a stupid offload, knocking, then in that panthers set gives away a penalty straight after and panthers ice the game? Fuck wake up. Johnson gifting that try, crazy eyes stalling the play every time he touched the ball, his stupid no look pass to the hoff when he had three guys on him and was already past him, Kata had s good game and you go for him and ignore the bros shit they dished up
Click to expand...

Relax....I comment at the moment it happened.... Go back and read what I wrote when Johnson offloaded perfectly for the panthers to score....kata was just one of many plays that reflect the lack of game awareness and smarts our team clearly lacks!

Iafetas Kickstand Wang said:
Imagine coaching this mob. All Penrith did, as all other teams do against us, is get into the grind and wait for us to fall apart. Who is the skills coach for this mob? Some of the skills, some of the selection of skills is pathetic.

So many key moments that destroyed us

1) Shaun Johnson - son you are getting pushed in goal, take it like a man and back your defence. That offload was arrogant and you get your pants pulled down for it.
-He shoudl've never have taken that ball, that was better off going to Fuss.
2) James Gavet - we make a good dart out of dummy half, and we have them on the rack. What on earth was up with that offload? It was the personification of stupidity. You need some time in reserve grade to learn to just cart it up set after set.
-Gubb type rush, not needed, we're lucky they didn't pick up fromit and score through him. Offload didn't help much.
3) Ben Matulino - you were going well, and then you try the impossible offload. Why? WHY?
-Offload then another penalty back to back within the SAME set, Didn't help much.Felt like at times Gubb should'vebeen on Ben lacked a bit of purpose at the line, dude jogs at 3 quarter pace like lilyman lol.
4) Shaun Johnson - last tackle, you try to grubber in goal, but you kick it fucking sideways... in what world, on what planet do you think on that angle the ball can honestly cross the goal line and get in goal?
-Soward showed us in the first half to kick low AGAINST the wind and Shuan butchers atleast 3 or 4 i the first and second half smh...
-Your not picked to be in the Warriors for your kicking game, everyone in Australasia knows your kicking game sucks... Just run the ball like Ben Hunt!
5) Shaun Johnson - last tackle, glad you ran, but what the fuck son, you get into a bit of space with time to put it in goal. Instead you cut straight back into traffic and end up having to try a poor offload
6) Thomas Leuluai - there's a reason I don't want you at 6. Yes, you are tough. But your basic playmaking skills are non existent. Took no pressure off Johnson with any form of kicking game, and that short cannon ball (I can't even begin to describe that as anything but ridiculous, and certainly not a pass) to Ryan Hoffman, game changer. Stupid, stupid, stupid.
-True, lucky his defence made up with Shauns mud Defence.
7) Solomone Kata - what the fuck son, why on earth did you rush up and basically open up the try line for Dallin Watene-Zelezniak. Your first 70 minutes was excellent, the last 10 minutes was outrageous. Be patient, that offload was horrible. And then you were merely jogging back at a casual pace after that blunder.
-Offload at the end wasn't needed, Im pretty sure it was 2nd tackle too. Dude from other team was probablly calling for the ball, Adam Blair is famous for that.
Click to expand...

Some good stuff in there tho bro
Reactions: dazlendazle and nzw
Show hidden low quality content