The NRL are said to have not accepted Manly's registration of Brett Stewart's contract as they are $300K AUD over the salary cap for next year because of problems with backended contracts.

I wouldn't mind picking up David Williams. A bit injury prone, but his first season was stellar.

Wont be a question of losing Brett Stewart but who the Eagles will let go to retain him. I dont mind Williams. Does quite well on defence (compared to our current 2) and has a nose for the line. I dont think he's anymore injury prone than most wingers. That neck break would have happened to anybody.
Reactions: Spence

Stewart is lucky Gallop has gone or Manly would definately have to jump through hoops to get his new deal registered
Reactions: mt.wellington

Tafua would be good 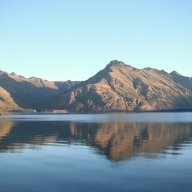 Defence said:
Tafua would be good
Click to expand...


The guy that spits on cops?

Good player though and exactly what we're looking for. Plays both wing and centre. Made 28 linebreaks this season, 3rd best. Just signed on for another 2 years with Manly.
Reactions: Inruin

Meh, its not like he drove a car while he was disqualified.
Reactions: Manu's mistake, Xfactor and mt.wellington

They'll get rid if two or 3 lower paid players and it'll be sorted.

Must be a slow news day over there for the Telegraph to make a big thing of it.

300 k is quite a bit to lose. THe junior contracts are usually minimum 50 k so they need someone who is slightly good to get the chop. Or 6 bench players

Pete said:
300 k is quite a bit to lose. THe junior contracts are usually minimum 50 k so they need someone who is slightly good to get the chop. Or 6 bench players
Click to expand...

50K is nothing. With the new TV deal that would be around 1% of a teams salary cap. Players on 50K are likely to be U20 or feeder club players that a club would like to retain for depth or development. You would be very hard pressed to find a player on the Warriors bench thats paying that amount. Krisnan Inu was reportedly on the $250,000 mark when playing here. You will always have exceptions such as Reynolds at the Bulldogs who was on 50K at the start of the season but you can expect his value to go up at least 100K now.

That's the one- we haven't had a top line spitter since mckinon left.
Kid can play too
Reactions: ShaunJohnson7 and mt.wellington

Funny thing is, didnt Manly just sign Justin Horo and Ese Tonga during the Eels clearout for Folau? Just one of those boys and a lower grade signing would have them back on side with the salary cap wouldnt it?
Reactions: ramraider78

George rose is on his way out, along with Vic mauro.

Tim burgess said:
George rose is on his way out, along with Vic mauro.
Click to expand...

Fark how could you face George Rose running out for the Warriors.

Be as bad as Watmough or Stewart , having to find love in you heart for one of the worlds biggest wankers.
Reactions: janfin and ramraider78

Sup42 said:
Fark how could you face George Rose running out for the Warriors.

Be as bad as Watmough or Stewart , having to find love in you heart for one of the worlds biggest wankers.
Click to expand...

Though it'd be even worse, as Watmough and Stewart are great players. George Rose is not.
Reactions: Spence, janfin, Hitman82 and 2 others

We wouldn't need any of those guys Manly's trying to get rid of; Williams looks half decent (definitely has pace) but injury prone last few seasons and he's been rumoured to be courting the doggies over the last few weeks - rewind to turner, might be rethinking about a move here if Williams comes to the dogs?

George Rose could line up for another NRL club in 2013.

CULT heroes George Rose and David Williams could be forced out of the club because the Sea Eagles are in breach of next year's $5 million salary cap by $300,000.

Salary cap auditor Ian Schubert travelled to the club's Narrabeen headquarters last week as part of an on-going audit as Manly try to resolve a raft of back-ended contracts.

Despite shedding a host of players, including NSW Origin forward Tony Williams and Darcy Lussick, Dean Whare, Michael Oldfield and Daniel Harrison, the 2011 premiers are still over the limit.

In terms of new recruits, the Sea Eagles have signed Richie Fa'aoso from the Melbourne Storm on a two-year deal and Brenton Lawrence from the Gold Coast on a three-year contract.

The Sea Eagles had planned to move Brent Kite to Wests Tigers before coach Tim Sheens was sacked and the deal collapsed.

Mauro is on the cusp of moving to the English Super League.

If the Sea Eagles can move Mauro and Rose, the NRL is expected to rubber-stamp Stewart's new deal.

I'd take a punt on Wolfman. He's always injured and would cost a hefty amount, but he's a quality winger and if he stayed fit, would be worth the price tag.
Show hidden low quality content

General Which club has gotten the best players from their Under 20s teams?