So the NRL want to play the Grand Final in front of a big crowd and where impressed by the turnout in the Bledisloe yesterday at Eden Park.
Do you think the locals would turn up if for example it was a Storm vs Penrith GF ? 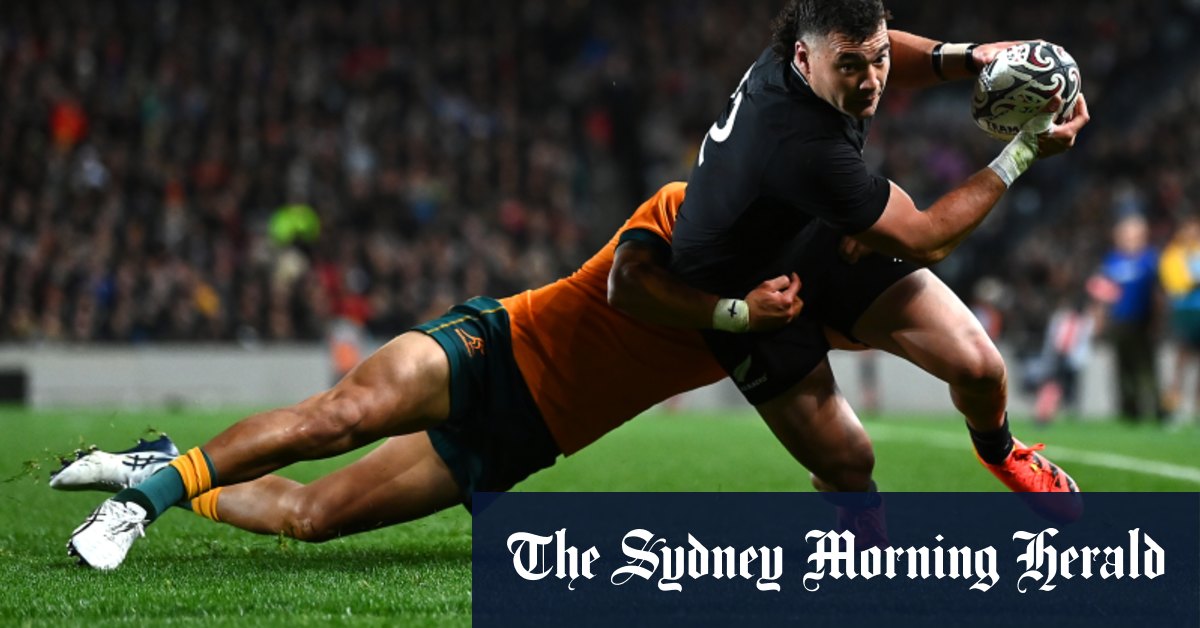 A near capacity crowd at Eden Park for the Bledisloe Cup match on Saturday night has given rugby league powerbroker “food for thought”.

The NRL will consider moving the grand final to New Zealand after watching the Wallabies play the All Blacks in front of a huge crowd at Eden Park in Auckland.

Desperate to play the biggest game of the season in front of a crowd, NRL chief executive Andrew Abdo confirmed to the Herald he would investigate the idea because of the volatile COVID-19 infection rate in Australia’s eastern states.

A near-capacity crowd of 47,000 on Saturday night attended the Bledisloe Cup match, which the All Blacks won 33-25. The second match will be played at the same venue this Saturday with a similar turnout expected.

The NRL will make a definitive call on the location of its grand final at the start of the finals series.

Brisbane’s Suncorp Stadium remains the preferred location, and its chances of holding match firmed after it was announced on Sunday morning the city’s lockdown was being lifted.
But Abdo said the sight of a near full house attending the Bledisloe Cup had given the NRL “food for thought”.

“An opportunity to play under an exemption in New Zealand, in front of a full house, is an option if we can’t play elsewhere in Australia,” he said. “Saturday night’s match [between the Wallabies and All Blacks] means we have a precedent in terms of getting an exemption from the New Zealand government. Those exemptions are based on economic impact and the grand final would qualify for that.”

The smart money remains on Brisbane hosting the event, given the NRL has relocated the entire competition to south-east Queensland because of the worsening COVID situation in Sydney and other parts of NSW.

There is a push for the decider to be played at the MCG, with Storm chairman Matt Tripp and part-owner Bart Campbell trying to pull off a coup behind the scenes.

While Optus Stadium in Perth is also a valid option and has recently hosted a State of Origin match, Auckland is preferable because, as the home of the Warriors, it is an active rugby league market.

The NRL hopes to offset the millions of dollars spent on relocating teams to Queensland by selling the grand final to the highest bidder.
To do that, though, it needs a venue that can host spectators.

On Friday, New Zealand reported just two new cases of COVID-19 infection, with none in the community.

Nevertheless, relocating just one match to Auckland would be problematic.

The New Zealand government gave the Wallabies an exemption to travel to the country without having to quarantine for 14 days after suspending the travel bubble between the two countries for eight weeks.

If the NRL was to play the match in New Zealand, it would require a similar exemption because a 14-day quarantine wouldn’t be possible for two grand final teams.

“We’re not ruling anything out at this point,” Abdo said. “You want the grand final to be played in front of a crowd, giving fans an opportunity to watch the climax to the season live.

“But we genuinely can’t answer where it will be played until we have a clearer picture of the infection rates in each market and whichever government’s relevant policy at the time.”

I doubt this eventuates as this is likely going to be played in Brisbane or Melbourne but I'd definitely go if it happens.
Reactions: snake77, Boats n Hoes and J_P

Agreed with Canadian warrior fan. Doubt it would eventuate but will be there if it does happen!!

It will be at Suncorp Stadium Brisbane.
Covid just never takes off in S E qld.
Our current lockdown finishes today.

The 2 week isolation would be the biggest stumbling block.

Just watching the Nine Aus Footy Show and the segment withPeter Sterling and 3 top Nrl journos discussed this.
It could be a runner if Delta comes back to Qld and Vic.
Nrl need balls in the air to juggle in case of the unknown unknowns.
Do you nz based peeps reckons you would get 47000 yo Eden Park for Storm v Penrith/Souths?

If the NRL are giving themselves a timeline of officially announcing the venue of the Grand Final before Finals begin, which seems a fair timeline for clubs, players and sponsors etc, we might well be in with a decent shot.

One of the issues I'd be seriously looking at if I'm Vlandys is "What's the % of Grand Final tickets that get sold in the last week before the game?" Obviously there's the 8 bays that are kept for the fans of the two teams competing (4 at either end), but how many of the other bays/seats are snapped up once everyone knows who's playing?

The fact that the NRL are going to announce the venue five weeks out implies it's not that high normally and it certainly will be lower than the average given the Covid World we live in.

The issue with a New Zealand GF is, obviously, it's most likely not going to have The Boys From Penrose in it, so how many neutrals will want to stump up tickets? How deep is New Zealand's love of rugby league really? I'd go and I know a lot of us on here would go whoever the finalists were, but would our attendance justify the financial outlay that would be required to stage the game here?

If it was to be here, surely Mt Smart is the place to play it...Better look on TV to have a 26,000 seat stadium (or whatever Mt Smart's current and potential limit is) full rather than an 80,000 seat stadium two-thirds empty.
Reactions: BiggerD

But it’s never been
League Racing and Beer

But I don’t know been out of Auck 14 years.
Reactions: PullinTeeth

But it’s never been
League Racing and Beer

Sunday 10pm kickoff, you'd be hard pressed to half fill Eden Park for even an AB match.
Think you could fill Eden Park up but it would have to be right day right kickoff NZ time.
Reactions: BiggerD, matiunz and Mr Frank White

kos said:
Just watching the Nine Aus Footy Show and the segment withPeter Sterling and 3 top Nrl journos discussed this.
It could be a runner if Delta comes back to Qld and Vic.
Nrl need balls in the air to juggle in case of the unknown unknowns.
Do you nz based peeps reckons you would get 47000 yo Eden Park for Storm v Penrith/Souths?

That rugby test last night was crap. Referee just stops the game continually.
No flow no continuity.
Click to expand...

1 off novelty could work but one of the reasons we lost the nines is the crowd exodus once the Warriors were out. Agreed on the Bledisloe last night was way to stop start in shit conditions

Easy to ensure a sellout for the NRL final at Eden Park. Credit the Warriors with 40 points for going above and beyond for the sake of the comp and we are there.
Reactions: kos

Never going to happen…. And by never I mean convincing the Mt Eden residents that a 10pm kickoff is a good idea.
Reactions: john nick, wizards rage, Canadian_WarriorFan and 1 other person

Not going to happen now. 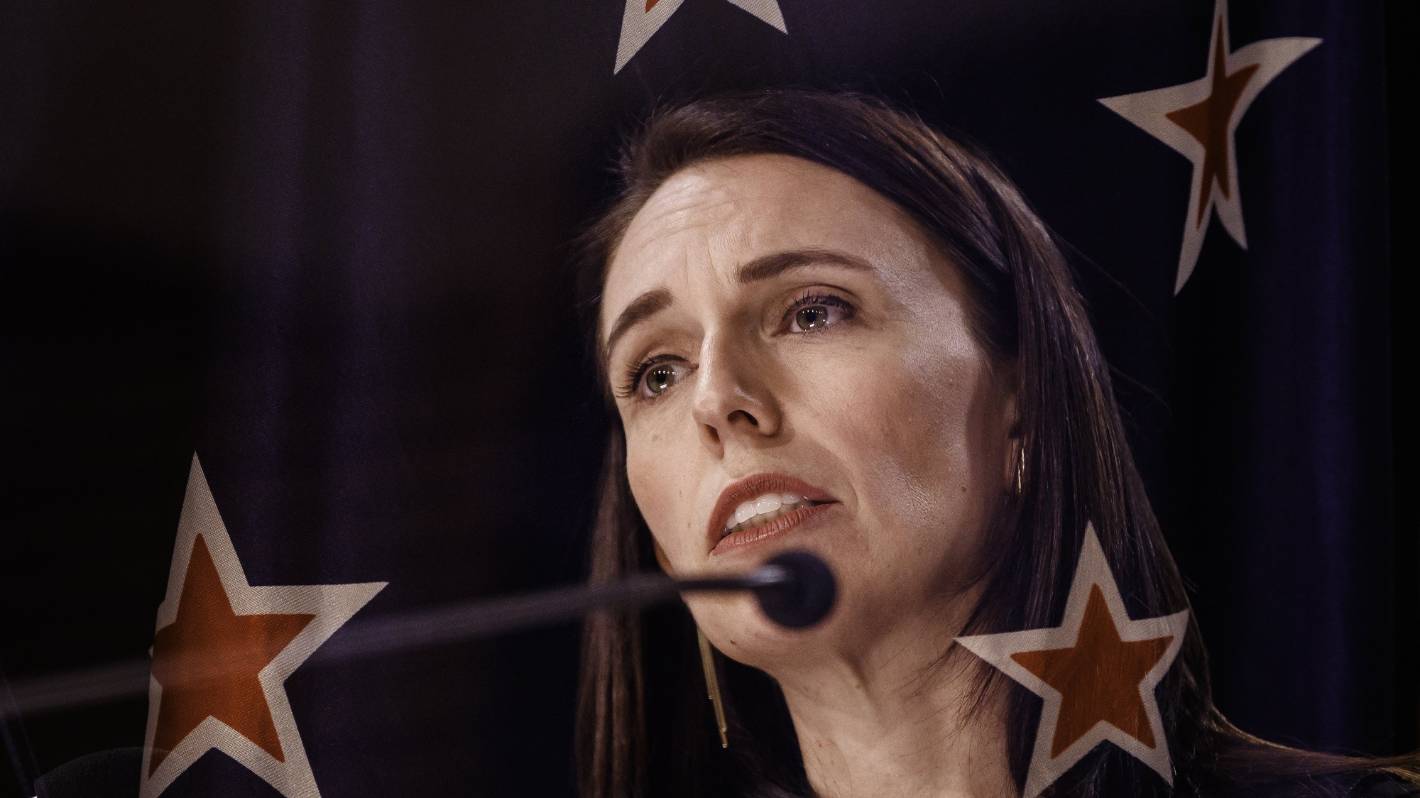 Kiwi PM confirms the teams would have to undergo a two-week quarantine, with no exemption to be afforded.

Looks like the NRL CEO saying about qualifying via economic impact jumped the gun as the Union test they got the players in before the bubble closed. Then also lists the time as listed on here previously.

The NRL would have to do a bit of work do convince our government that their bio security measures are up to it. Then the second question would the players abide by the rules. Leading up to the games you would suspect so as the two grand finalists would typically be the most professional. After when they let loose after a long season. Maybe not. Or they could fly straight out.
Reactions: Worried2Death, bruce and BiggerD

Kiwi PM confirms the teams would have to undergo a two-week quarantine, with no exemption to be afforded.


Back in the day , RL and the Labour party had a robust relationship ... Jacinda is not aware of this?
Reactions: bruce

playdaball said:
Back in the day , RL and the Labour party had a robust relationship ... Jacinda is not aware of this?
Click to expand...

Most if not all league clubs had a pic of Mickey Savage on the wall.

bruce said:
Most if not all league clubs had a pic of Mickey Savage on the wall.
Click to expand...