Stalefish540 said:
This game can be summed up in the Curran charge down set, just no direction whatsoever.

As far as i'm concerned we were robbed the result. If that try isn't disallowed then we get the win.

Curran was by far our best player and has come on leaps and bounds since we first saw him play for us.

Egan and Tevaga looked a good combo switching between hooker.

Arthars gets one centre position. Aitken either moves back to centre or Pompey/Montoya gets the other one. Berry has potential but idk if he's ready for every game.

Bench was poor, Sironen is a wasted spot. Pene doesn't gain many metres. God I can't wait for Niukore to arrive next season.

Oh and for godsake sack the defensive coach already, why do we consistently jam in.
Reactions: Blackdot, YeahNah 4020, dantheman and 6 others

That was a really sorry performance.

Berry - wow - that looked like a mental breakdown in action. I’d give him shit but it’s not like the rest of the team were all firing - he just went to the bottom drawer.
Reactions: Dave Brough, marv and Worried2Death

Ash and Chanel were pretty good but we don't look like scoring in their 20, our edges are shit. Curran is a beast, thought we had that one, not much between the two teams.
Reactions: TheSultan, snake77, Beastmode and 1 other person

Afakasi247 said:
All I got to say is why the fuck did they keep giving the ball to Berry at the end of the game there.

I also want to give Arthurs his flowers. He had a fantastic debut, showed great energy, effort plays, and looked damaging when the ball came his way.

Put Pompey away for what should’ve been the game wining try.

Ball hardly found him and instead kept going to Berry.
Reactions: snake77, Lance155, Mr Frank White and 2 others

Thats a D+ for the Warriors and a massive F for the refereeing. Just terrible.

From that we saw that Ash Taylor is a passenger at this level. We were defending with 12 men most times there. Chanel Harris-Tavita had a pretty good all round game. Walsh was average but looked like he was trying too hard and will be better next week. Egan gad one of his best i thought.

Another game that we should have won if we took our chances. Seriously its only r2 and it looks like our main organising half, our two premier props and one winger are already sidelined for an extended period.
Reactions: Worried2Death

Contributor
The Aussie imports still look leagues above our young hopefuls. We will never compete consistently as a club until we make good on our own talent.

Chanel Harris-Tavita was good.
Reactions: Hazman, Big_Fattz, jmb_31 and 8 others

One word describes that game. 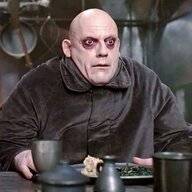 jsmooove said:
so did we just practice little grubber kicks before the 5th all week? thatt seemed to be the game plan

Yeah everyone must think they’ve got 6 or 7 on their back!
Reactions: Rick O'Shay and jsmooove

marv said:
yeah, i’m his biggest fan, but rocco had a shocco.

I blame his mates for going that side twice.
Reactions: marv

Like I said prematch, $3 was absurd, Warriors if anything were unlucky there.

But Im so upset about how many oppurtunities we blew. That is where we DESPERATELY missed the composure of Shaun Johnson in steering the team in tight situations with those oppurtunities they blew today.

Warriors need a Coach and a Full Back and they could be a top 4 team. Im sick of seeing a team loaded with x factor have basic errors in them which a good coach would have out of them by now. SK spent an entire season dedicated to it.

This is just heart breaking, we cannot ever win a premiership if we do not win these close games, especially when we have a rubbish defensive team and its 90% an offensive team revolving around Shaun Johnson, Addin Fonua-Blake and Walsh.

I saw one set play, that was a failure. Each week I get my hopes up, I knew we were way better than $3, but I expected more point in the 2nd half to pull away for the win.

Possibly the heat was a big factor!
Reactions: Worried2Death

Same old story for our lot. If you give up 20+ points a game you are gonna have a losing season. Need to sort that defense out and cut out the stupid shit.
Reactions: Orifice and snake77

Just another terrible performance. Obviously robbed from the refs. But that aside not much positives apart from Curren and Chanel Harris-Tavita.
Reactions: Tragic and eudebrito

sballer7 said:
Thats a D+ for the Warriors and a massive F for the refereeing. Just terrible.

From that we saw that Ash Taylor is a passenger at this level. We were defending with 12 men most times there. Chanel Harris-Tavita had a pretty good all round game. Walsh was average but looked like he was trying too hard and will be better next week. Egan gad one of his best i thought.

Feels like the year we lost Roger in his 2nd game, thought Ash's kicking was alright but he's no Shaun Johnson on D.
Reactions: 3rdstriker and sballer7

Warriors got the worst wingers in the comp thats for certain

They had enough go forward up the middle all game, just poor game management and IQ in the strike zone and finishing sets
Reactions: Hazman, Yomama, Naumaifooty and 9 others

That was a tough watch. Much like last week we had plenty of opportunities to score but there was just no polish. I turned it off after the Berry grubber cos I thought it couldn't get any worse but someone mentioned Addin Fonua-Blake going down? Ffs

I really hope the attack clicks soon because these games aren't enjoyable to watch at all.
Reactions: Worried2Death
Show hidden low quality content