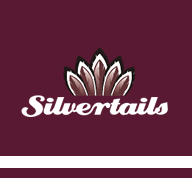 The Don said:
I was actually completely fine with the Will Smith situation. He lost it pushing Moses. Fair enough. Didn't even notice a leg pull at the time. Seeing red cause he dropped it haha.

The Liu one though I thought it was pretty clear old mate steps forward to place the ball on him. At the time I didn't really understand how there was no stripping motion in Herbert's challenge with 2 different players pulling on the ball either (challenge was quick though so will have a look over again).

Overall though, if that is the quality of picking and choosing this season, we're going to have even more complaining than usual. Hopefully just a one off on their part. However, on that subject, given I am assuming you know more of the rules surrounding officiating, in an Eels try the touchy called the pass forward and got ignored by the head referee. Given ours also floated forward I'm not going to bitch and moan about it but what are the rules surrounding that. I would've thought given the touchies are in the best position to see the trajectory of those passes, they couldn't just be ignored in such a situation?
Click to expand...

Stone does step forward, but Liu also drags his left foot back into the ruck and makes contact with the ball.

Holbrook trying to call out the hypocrisy doesn't carry much weight considering the different variables at play.

As I said the head referee ultimately has final say unless he refers to the video referee. Quite often they'll refer to their touch judges but if they're in a position to have an opinion they'll back themselves.

Atkins shouldn't have though because the pass was clearly a metre forward.

My issue with the captain's challenge is the limitations. Referees will often weigh up the variables, so in that Ray Stone incident, Atkins may have noted Liu's foot in the ruck but cleared it since Stone played the ball a metre off the ruck. Similarly with the Will Smith situation, Atkins may have sided with Smith since Penisini drags Smith's body and was playing advantage until the lost ball. However the bunker can't rule on that and only what the infringement was for. Did Moses' leg cause the error? No, challenge successful. Did Liu's foot cause the Stone error? Yes, challenge successful.

For mine captain's challenge should only be there for black and white situations or in a situation where the ball has been spilled several times and it's virtually impossible to figure out who made the original knock on.

The rest is an absolute gamble and feels removed from the game.

SeaEagleRock8 said:
That freak Eels try from the long kick that hit the post - I thought the Eels players were off-side. Did they even check?
Ironic, given Hammer was found off-side at the end for what would have been a match-winner.
Click to expand...

I thought the same too @SeaEagleRock8 but took it back to have a look. A couple between Brown and Moses were in front but were too slow to get involved. Brown was on, just, and I think the winger who scored was marginally off but then Brown ran past him and got the rebound kick so unfortunately despite my initial protestations it was okay.
But as you say, it didn’t seem like there was any checking to make sure by the bunker.