NZWF Official thread for the 2021 Round 15 Warriors team list and discussion... 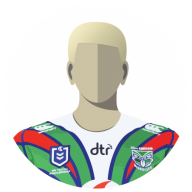 Three changes made to spine for Newcastle contest

Vodafone Warriors head coach Nathan Brown has made three changes to the spine to face the Knights on Saturday.

interesting that he’s gone with Berry over Pompey too
Reactions: Tonbridge (Swanley), zaggo, Bushman and 3 others

Contributor
Everyone knows your not playing Jazz 80 minutes at hooker Browny, don't try and get clever
Reactions: Leaguefirst, Tonbridge (Swanley), zaggo and 11 others

Otukolo into the 17 on gameday?
Reactions: francis, Worried2Death, Tonbridge (Swanley) and 11 others

Have to be, no way Jazz can play a full 80.
Reactions: Tonbridge (Swanley), john nick, Dave Brough and 1 other person

Potentially, maybe trying to shield him through the week by not naming him. Could see Sironen spelling Jazz when Katoa comes on but yeah - who would know.
Reactions: Leaguefirst, frankspence, snake77 and 8 others

Depends if Brown thinks playing 3 props on the bench or a 0 reserve grade game rookie would mindfuck the opposition coach the most
Reactions: WellingtonOrca, Worried2Death, wizards rage and 1 other person

Must win game, keen to see Sean O'Sullivan and Walsh combine for a few tries, the two players who actually watch games during the season.
Reactions: Warrior482, francis, Worried2Death and 12 others

Jazz is a way better hooker than lock
Will be very interested to watch him go on Saturday
His tackling will be first rate probably better than any other hooker in the comp and let’s see how his service goes
He has looked ok subbing in a few times
I wouldn’t mind him becoming a legitimate hooking option that gets thirty minutes a game.

Katoa in current befuddled mind set will be a liability
Apart from that we are basically at full strength minus Egan but hopefully jazz can have a blinder
Reactions: Warrior482 and HoRneT041 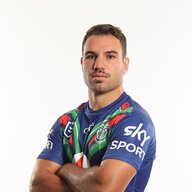 Contributor
-Ben Murdoch-Masila to the right edge.
-Sironen to the bench to spell Jazz
-Either Afoa, Ah Mau, Evans to start.
-Harris to middle and Curran to left edge where they both were playing well earlier in the season.

almost tops the line engaged stat in the qrl with half the games
Reactions: tajhay, Worried2Death, Bushman and 3 others

Well if Sean O'Sullivan can't take this opportunity then he never will at any club! Must win game, absolutely must win game if they think they are any shot this season.

Not a bad team on paper and hope Kolo is ready, kmon Brownie get onenover your old club.
Reactions: Louim8, Worried2Death, matiunz and 3 others

Contributor
Klemmer, Ponga & Pearce back in for the Knights
Reactions: Worried2Death and wizards rage

almost tops the line engaged stat in the qrl with half the games
Click to expand...

Probably surprise many to know he’s been one of the form halves in that comp for the past month.

Surprised the Donkeys haven’t tried to pick him in their side, they’ve been through just about everyone else.
Reactions: Swanny and Toookey

Dixpat said:
Klemmer, Ponga & Pearce back in for the Knights
Click to expand...

Love how every gun player always seems to return to face the warriors
Reactions: Warrior482, MurrayTD, francis and 15 others

In other words not really any excuse to carry on about this team naming, because frankly it was farked before five pm Tuesday.

Excitement reason numero uno in a probably losing team has to be the inclusion of Sean O'Sullivan and Reece Walsh in the same team.

So....and this is a bloody big if......if the dummy half can deliver serviceable ball to those two, we will see some very aggressive- attack including fifth tackle option taking.


We should also demand that Kodi stands up with Sean O'Sullivan and Walsh giving him the structure that he can add lib from.

But like I say it all depends on the hooking replacement and Jazz aint very good....balls will go everywhere which will distort what should have been our most structured and nicely shaped attacking formation this season.

When Jazz and his helper get it right we will probably score or dominate territory, when he screws it up we will look like shit.

Mr Egan is that important to 2021 and anyone moaning about him will learn the meaning of beggars and choosers.