1 more reffing performance like that this year and i'd agree.
Reactions: Woofa, Off The Bench, Hazman and 2 others

Guvna Mac said:
Like to get thoughts on the Beale no try. I thought the pass from Perham was ok.
Click to expand...

Looked good to me but it was borderline. Im more pissed at the sin bin and the lopped sided penalty count combined with the lack of set restarts in the second half.
Reactions: Woofa, Draw and Pass, BippidyDooDah and 14 others

Louim8 said:
Please watch the game properly. Without Jazz this team would have crumbled. The ells tried to bully us off the park and you can tell that Jazz aggression takes pressure off the rest of the pack and gets into the opposition teams heads. He also sets the linespeed. Man you guys always look for scapegoats. We lost. Too a great team. The ref was shit.
Click to expand...

Good game, but decided by a dodgy 10 in the bin. If Jazz goes, Brown should have gone for dropping the knee onto Jazz's head.
Tough game and we played well
Reactions: Woofa, BippidyDooDah, Hazman and 13 others

BeastMode said:
Gutted we couldn’t get the Win but overall very very happy with the teams performance

Only wish we didn’t have a cheating cu** of a ref every week. It’s ridiculous the blatant bias.

there has to be an investigation on this crap we get every week!!
Click to expand...

It's long become cliche around here but maaan we got screwed by the ref. Atkins makes Perenara look like Billy Harrigan
Reactions: Off The Bench, Hazman, Akkerz and 9 others

Poor Beale. Second year in a row he can't score against the Eels from a controversial forward pass call.
Reactions: Billyspleen75, Off The Bench, Hazman and 3 others

I always regarded Jazz as been an energetic player who does good things when he's channelling that energy positively. But after watching him today, he's a hothead and verging on liability. He got involved in all sorts of niggly stuff with the opposition, pushing and shoving, mouthing off, getting into their faces. The sin-binning was wrong, but he got himself into that position by reacting. Payten needs to sit him out for a few, especially the last match or two if the playoffs are gone after next weekend.
Reactions: Lenrat, Billyspleen75, DallyM and 7 others

Wigan Warrior said:
The penalty at the end comes off the back of a set in which they play the ball on the line, pass from dummy half and take the ball in front of the line (stretching to do so) but no forward pass is called. Plus I also think Roger Tuivasa-Sheck has an arguement for being taken in the air. That Nathan Graham looks like a right ****.
Click to expand...

Nathan Brown? I actually quite like watching him. He's what Jazz wishes he was.

Mitch Moses on the other hand, christ alive every week that bloke is either whinging up an absolute storm to anyone that will listen or screaming at his teammates.

For our boys, was fucking disappointed in Niko in the second half. It was his chance to step up and help create some attack, and he basically went missing. Would've loved to see him running at a few of those tired boys.
Reactions: nakiproud, Lenrat, Hazman and 9 others 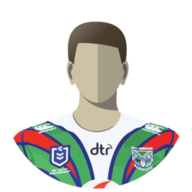 I thought we done well considering our lack of go forward compared to theirs. For me Harris needs to start and stay in the middle. We’re still a shot, just need to smoke Cronulla next week.
Reactions: Hazman, Stone, Dave Brough and 4 others

Jazz didn't cost us that game. He wasn't the only one responsible for the errors, penalties. The sin-binning was a big factor, sure, but it was also utter nonsense an. You see that type of thing dozens of times in any given game, it was nothing. Nothing. So disappointing. Atkins is a woeful referee -- he didn't hand the Eels the game, but he had no control over it and his calls were all over the place because he's trying to put his stamp on the game instead of just adjudicating.

But ultimately we didn't keep the pressure on the way we know we can. Egan coming off at a crucial point didn't help either. There was more than a bit of bad luck involved. Some positives to take from it; thought Perham was good and Chanel Harris-Tavita stood up. But this is a tough one to take against a team we could definitely have beaten. Incredible how we're showing that, despite losing players to injury/compassionate reasons, we belong in that top 8. That's awesome to see.

It's not over...yet. But it did just get a whole lot harder. Next week is do or die. I can't see the Sharks beating the Raiders or the Roosters. I can see us beating Manly. We have to play Canberra too, and they're better than the Eels, but if Papali'i is injured then that's a big out for them. We beat them last year with a patchwork side, it's not beyond us.
Reactions: J_P, ja_weez, Hazman and 12 others

On a more positive note, I'm proud of the effort.

Some past Warriors teams would've dropped their heads after that start, but this group rallied, hung tuff & were still in with a chance to snatch it right up until the last minute.

Almost pulled off a Fathers Day miracle. I can't be mad at that.

Jazz does do some dumb shit. But if that was a sin bin offense then I'm a farkin martian.
Reactions: nakiproud, DallyM, Hazman and 14 others

Well that is 3 of the last 10 years we have not made the 8 due to blatant reffing deciding games. I forget the year where Penrith threw a 5m forward pass in the final round to beat us to the 8 with a runaway try was the worst to swallow.

I hate blaming refs, but only one ref decided penalty (first was the accidental offside), which he wasnt going to blow either but had his hand forced. And sending off a player for 10 for a jersey grab is absurd, the bunker didnt even bother to take multiple looks at it. Turning into non contact sport NRL at this rate.

Given the Tigers win, even if we win the final 3 and Sharks or Knights lose all 3 (which is a massive unlikely) the Tigers might run with us with a better FnA.

I look forward to next year.

I personally think whilst I know Payten is a great coach and has been at different levels but his role in the Warriors last half of season has been a too much vs the player roster and turn around in our halves and of late Roger Tuivasa-Sheck running the ball. Hopefully Brown surpasses my expectations next year, but regardless we have a great group of players so his job should be easier than at Newc, we also have so many player positions that have multiple options, halves, wingers, centres are going to see some of this year starters playing Res Grade.
Reactions: DallyM, gubbbs, Hazman and 3 others

Guvna Mac said:
Like to get thoughts on the Beale no try. I thought the pass from Perham was ok.
Click to expand...

I thought Roger Tuivasa-Sheck was great as usual, but man i wish he would take a look at guthersons game and sniff around the ruck some more. He would be devastating off some offload balls but seems to be sitting out wide more
Reactions: Hazman, YeahNah 4020, sunburywarrior and 2 others

How come he gets called out every other week by a whole lot of fans.

Its not this game, its every game.

Players that need defending every week probably have issues.
Reactions: Billyspleen75, Fazz, Hazman and 5 others

Not totally unhappy we never gave up to a team on paper that should spank us.
I think if we had the two Paramata players we win this.

Think we had to use trainers for contact training.
The odds totally against us.
Reactions: J_P, Hazman, Sup42 and 7 others

zaggo said:
Nathan Brown? I actually quite like watching him. He's what Jazz wishes he was.
Click to expand...

Brown made errors and was lucky not to be binned.
Reactions: J_P, Hazman, Warrior482 and 2 others

Errors killed us at the start of the second half! Effort definitely there though but I thought we lost the opportunity to get on top.

Wananga Kingi said:
I thought we done well considering our lack of go forward compared to theirs. For me Harris needs to start and stay in the middle. We’re still a shot, just need to smoke Cronulla next week.
Click to expand...

I thought Harris was great in the middle while Tevaga was out injured. He hits the advantage line and we always seemed to get a good roll on when he was in the middle. He was getting some great runs off the back of some of the other guys. His ball playing in the middle could also help with Harris running off him.
Reactions: Defence

Contributor
The boys played well. The 2 try’s in the first half were awesome. Jazz shouldn’t have been sent off and maybe that could have been the difference between a win or a lost but that’s footy.
The second half we struggled to complete sets and kodi wasn’t having his best game.
We shouldn’t be too critical of Beale etc as they hadn’t being playing any footy, coming into first grade without playing is difficult.
With 3 games to go I am still proud of what this team has achieved this year.
Reactions: Off The Bench, Hazman, Worried2Death and 11 others
Show hidden low quality content
Share:
Share