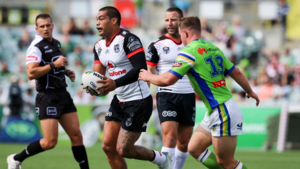 NZWF Official thread for the 2019 Round 20 Warriors team list and discussion...

The official team list will be posted as soon as it becomes available..

Guessing Lawton to start if Bully is ruled out

Contributor
I worry about that Beale/Ayshford side getting done- maybe Kearney doesn’t want to change a ‘winning’ side
Reactions: Bushman

Contributor
Herbert in CC this week or still injured?
The team starts to look a lot better with Tohu Harris/Herbert and Fusitua back in
Reactions: Hazman, Bushman, CompletionRate and 2 others

After travelling almost 15,000km and playing in four different cities in the last four weeks, the Vodafone Warriors are back home for the first time since June 30 when they host Canberra in Friday night’s 20th-round NRL clash at Mount Smart Stadium (8.00pm kick-off).

They’ll go into the match against the Raiders with hooker Issac Luke named although he faces a judicial hearing tonight on a grade two dangerous throw offence he was charged with following Saturday night’s loss to Parramatta.

The club has accepted the offence but is disputing the grading. If successful, Luke would be clear to play on Friday night.

Included in the 21-man squad is hooker Karl Lawton, who has been side-lined for the last three games with a shoulder injury he picked up in the Newcastle encounter.

Returning at halfback is Kodi Nikorima, who missed the Parramatta encounter with an ankle complaint, while new signing Josh Curran is on the extended bench.

Curran on the extended bench must mean Papalii is on thin ice.
Reactions: bruce, Hazman, Bushman and 2 others

Picking Luke will be cleared, kind of a claytons offering for poor officiating. Whats up with Herbert?
Reactions: Hazman, Defence, zaggo and 2 others

Tedster said:
Picking Luke will be cleared, kind of a claytons offering for poor officiating. Whats up with Herbert?
Click to expand...

only thing I can think of is that he can be too over enthusiastic and unsettle the defensive line and structure too much. Probably wanting the team to be more of a unit.

Niko really needs to swallow his pride and move to hooker already so we can blood Chanel Harris-Tavita full time
Reactions: YeahNah 4020, Hazman, Stalefish540 and 6 others 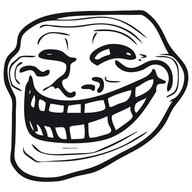 I'm a little bit gutted that Kodi is back so quick. His chemistry with team mates has been a bit off, with mistimed/dropped/missed passes. Was super impressed with Chanel Harris-Tavita last, especially his kicking game. Some nice attacking bombs that actually had good chasers. Kodi does bring the x factor with the running game tho

Add to the chorus - where is Herbert?
Reactions: ArtySubs

dantheman said:
Curran on the extended bench must mean Papalii is on thin ice.
Click to expand...

Like to see curran get a crack. Liked his game in ISP last week.
Reactions: Fearmuss, Hazman, Stalefish540 and 3 others

Don't like the look of Beale on the wing again. Need Fusitua and Tohu Harris back asap.

Boys need to put it beyond doubt..keep the refs out of the game.

Contributor
The only thing in our favour is 5 day turn around and extended travel for Faiders, teams are 1/10 with this recently. About the only thing going for us, because this Raiders outfit is hummmming.
Reactions: Hazman, Rizzah and Worried2Death

Ricky's done well to get this team into the 8, they don't exactly inspire fear on paper but he's built a tough unit. Hope it's another close game.
Reactions: bruce, Hazman, Dunedin warrior and 1 other person
Show hidden low quality content
You must log in or register to reply here.
Share:
Share