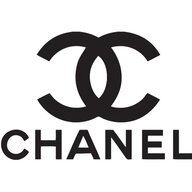 That was abysmal from both teams. It looked like each team had money on the other team and neither deserved any points from that shambles. F
Reactions: Hazman, Beastmode, tajhay and 2 others

We have Green and Chanel Harris-Tavita on the field.... yet only Nikorima is allowed to take kicks??? Luke kept passing to his left so he has to jink back to his right to kick it.

Utterly frustrating that it even got to that point after having a field goal served up on a platter in the last minutes only for Jazz Gallen to get in the way and fuck it up...
Reactions: Akkerz, Tedster, nzw and 9 others

We only threw away 1 competition point this week.

How did they not win that one.. unbelievable
Reactions: Hazman, zaggo, FuNQie and 2 others

Jazz Tevanga is so shit.

A few dumb asses on here were annointing him the next Brad Clyde after a decent game a few weeks ago.

Offers nothing
Reactions: Warrior#214, OMG, Tedster and 9 others

all that stress for a draw
Reactions: roadrunner, Hazman, koolkat and 2 others

after watching rugby league all day today i have no idea what a knock on is
Reactions: Akkerz, frankspence, Hazman and 8 others

Jazz’s bandage must be to stop his brain falling out.
Reactions: Warrior#214, W.A warrior, OMG and 10 others

I’ve given a D.... first half we mauled their left hand edge but still had moments of utter incompetence thrown in... B

Second half we were a rudderless ship that couldn’t defend...and decided to attack their other edge. E

Still filthy that they can’t set up for a field goal. We were even fortunate to have a right and left foot option. Yet we constantly went to the option of a right footer set on the left hand side of the field and kept throwing to his left like he was going to run it. Whilst Blake Green was showing no interest of being any option!
Last edited: Jul 13, 2019
Reactions: Hazman, zaggo, defensivebomb and 3 others

Contributor
On-field leadership is so poor; We just needed to complete sets in that second half, put the pressure on the broncos to score the points. We fuck ourselves week in week out.
Reactions: Off The Bench, Hazman, Mr Frank White and 2 others

Like who dafaq gas any brains in this team, everyone knows you need to get the bal from the left at the left of the post for a right foot kicker. Ive known that since the 70s ffs, we and Broncos hot to be the dumbest fkng team ever. As for Papalii regies needed to reset.

dumb arsed decisions cost us taht one, yet alone the knock on. Would hardly call that conclusive.......
Reactions: Wellington Warrior

All season we play boring and then we are up by 10 at half time and they say the word from Kearney was spread it. We then drop the ball several times pushing passes and let Brisbane back into the game
Reactions: Hazman, FuNQie and kavafred

We got 90 from them this week lol
Reactions: Hazman, Uk Warriors fan, Makasene and 1 other person

showed up how much work Ken does. Maybe he stayed off to make a point
Reactions: Akkerz, Tedster, RiceOwl and 8 others

Just result for both teams. Fuck I hate Golden Point. I get the idea that if you do away with Golden Point, the 70 minute to 80 minute period can become a Field Goal Fest, but I don't think either team deserves a further (possible) 10 minutes to get that extra 1 (in both ways) point.

This is why Warriors games have been moved from Sky Sports 1 to Sports 2, 3, or 4. Rest Homes (especially the Hospital parts) don't have access to those channels and they don't want their residents having heart attacks...
Reactions: Warrior#214, Tedster, Hazman and 5 others

Man Kodi kind of sucks, huh. Can't kick at all and Chanel Harris-Tavita looked more dangerous running it. He's going to have to make peace with being a hooker in 2020, as far as I'm concerned. Never even looked close to kicking one of those field goals.

The less said about Jazz, the better. Dense cu** cost us the PERFECT chance to kick it and was ineffective all night. Watch supercoach praise his 'effort' though, since you know, that's WAY better than actually producing some form of tangible positive result.

Nobody in our spine impressed me in the slightest. Roger Tuivasa-Sheck looks frustrated and is doing some stupid things. Kodi is basically entirely ineffective, Green just does the same idiotic bomb every set and Luke is a spent force.

Ah Mau some good charges and Chanel Harris-Tavita looked dangerous in patches - even with a nice kick. Maumalo had his typical good game prior to going off too.

But whatever, technically we didn't lose I guess, so yayyyy. I missed the last two games while I was in Aus and found myself not really caring about this one either. I just don't see a light at the end of this tunnel. Our team is a middling 9th-14th team that will probably win juuuuust enough games to keep Supercoach employed.
Reactions: Akkerz, Off The Bench, Hazman and 3 others
Show hidden low quality content
You must log in or register to reply here.
Share:
Share