Thread to share your thoughts on the Round 24 game between the New Zealand Warriors and Penrith Panthers after the match. Name your Man of the Match, discuss the coach, captain, starting team, bench, opposition, game tactics, substitutions, errors (or lack thereof), penalties (or lack thereof) highs, lows, refs etc.

Good win....ill take that every day of the week/

Finals baby!!! (finally, 7 years I have a team to follow in the play offs!)
Reactions: jonno, ShaunJohnson7, Run_it_str8 and 23 others

Officially out of our 7 year Finals wilderness

Bring on Finals Footy
Reactions: jonno, Run_it_str8, drunk_monk and 20 others 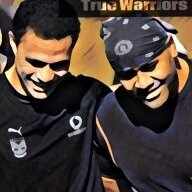 A Plus! Forget about the last 10 mins. That was a clutch game. Finals footy here we come.
Reactions: danyooll, Defence, Off The Bench and 8 others

Is this real life?
Reactions: Khaboom, Run_it_str8, dantheman and 7 others

A dominant Johnson is a sight to see
Reactions: Khaboom, jonno, ShaunJohnson7 and 20 others

ryno said:
A dominant Johnson is a sight to see
Click to expand...

Imagine if we had Cleary in a Warriors jersey, what a combo that would have made
Reactions: ShaunJohnson7, goldcoast-warriors-fan, Defence and 6 others

Smashed the arrogance out of these pretenders but lets not beat around the bush- Penrith are pretenders. They are not in the same league as Souths, Melbourne of the Roosters. The way they are playing Penrith will be bundled out in week 1. It's almost like the 2012 Warriors- so much media attention on how much 'talent' and 'potential' they have has gone to the playing group's head. Most overrated team in the 8 IMO. The real test will come if we come up against the big 3 again.

Harris, Hiku and Fusitua- that's the best attacking edge we've got. Even if Beale is fit, don't fuck that edge combination up. Even if it isn't the most optimal defensive unit, it's our best attacking option against the top 4 sides. It will most certainly be too much to handle for the edge 8 teams that we come up against.

Ken was a bit quiet tonight IMO. Maybe its because of all the penalties we got inside our half that negated his running contributions.

Bit disappointed about our end to the halves. We got a bit lazy towards the end of the 1st and 2nd halves. That won't do during finals but I think its a very fixable problem.

We seem to hit back really well when we lose so here's hoping we lose to Canberra next week.
Reactions: breakWON, Fazz, ToiletDuck and 9 others

mt smart better sell out next week for mannering. 300 games and we are going to the finals......
Reactions: jonno, breakWON, Run_it_str8 and 18 others

Geez Harris is our most important player and Blair is a good 2nd. Would be a brave coach to drop Hiku
Reactions: ShaunJohnson7, Run_it_str8, Stylez Davis and 19 others

rugged said:
Geez Harris is our most important player and Blair is a good 2nd. Would be a brave coach to drop Hiku
Click to expand...

Harris has come back just when we needed him. One of the best on the field tonight.
Reactions: razzrillinger, jonno, Akkerz and 23 others

Great to have Tohu Harris back. Feel a bit more comfortable with him out there.

A pity about the last few tries. We could of improved our points differential a bit. It would be a Warriors thing to do and improve an average for against in the last two rounds.
Reactions: Run_it_str8, Defence, Off The Bench and 2 others

Buzzing! The boys needed to win this one and they delivered. Good game by all the boys, a real team effort.

Bring on the Raiders and Manners 300!

Miket12 said:
Harris has come back just when we needed him. One of the best on the field tonight.
Click to expand...

Despite that late flurry, the come-back kings couldn't come back from that one.
Reactions: Khaboom, Run_it_str8, Defence and 3 others

Jezz , one week they put in a shitter & the next week they play like footy Gods.

They will need to find some Continuity in the finals.
And hopefully its the play like "footy Gods" psych.
Reactions: Akkerz, Run_it_str8, Aman and 5 others

One of the postives about Harris back is Mannering stopped trying to create
Reactions: tajhay, Run_it_str8, Tragic and 8 others

Harris was massive. Different team with him in it.

Not sure what was up with the rotate the dummy half thing trying to come out of our own half but it didn’t work. Lino’s passing from dummy half sucked ass.

That late 24 point swing in the for and against really hurt.

Main thing was we won and are off to the finals!!
Reactions: Run_it_str8, Tragic, Off The Bench and 2 others
Show hidden low quality content
Share:
Share