you mean his "other" son - let's not forget Jazz!

I thought it was about a B- so graded a B. We weren't TOO bad but clearly we lack strength, bulk and power in our forward pack and we can't contain a team like the Bulldogs with their size/aggression - explains our struggles in defence. Yep we are missing Tohu Harris. Hopefully he's back and fighting fit for the Raiders game.

Couldn't understand the static play in our attack either.

Only one point damage to our differential.

Is it me or does every other game have extended highlights close to 10 mins but the warriors games are always close to 5??
Reactions: Johnnyray Tedster said:
What was up with luke today, very quiet game?
Click to expand...

He probably secretly resigned do is in retirement mode again
Reactions: Dave Brough, Akkerz, Stalefish540 and 2 others

Really good sides don't need wake-up calls as much as we do.

Obviously still finals bound. Yay. Yeah, I know technically we could still go out, but on our performance today and Wests Tigers' performance yesterday, even if the Tigers win the next two (they'll beat the Sea Eagles but they've got the Rabbitohs in Rd 25 who may have the Minor Premiership to fight for, let's not forget) and we lose the next two, that 45 point differential may go down but it will still remain in our favour.

Probably going to get our heads handed to us in the 5 v 8 game on this performance. Not Yay.

I Feel your pain. I never expected one in 2018. I think Mr Corvo nailed it - the improvement is happening but it's going to need at least one more Pre-Season Courtesy of Mr "Feel The Pain" Corvo to bed in.

The goal, as I've said before, is to become a team where it's a shock and heads need to roll or due to massive injury issues where we don't make the finals, whatever the finals system is - AFL Top 8, System, Mcintyre Top 8 System, etc..

We are, fingers crossed, just starting out on that journey.

I want a premiership in maybe 2019 but certainly 2020. Too soft? Maybe, but the timeline feels right to me. Getting to the GF in 2002 and getting to the GF in 2011 in second consecutive finals is what's behind my logic....
Last edited: Aug 19, 2018
Reactions: Hazman, leaguejunkie, Johnnyray and 1 other person

wrighty said:
The stupidest moment of the game was when we tackled Klemmer fair and square but he wanted a penalty for some reason so they blew the whistle and gave him one.

Anyways Dogs were always going to be harder than New Castle. They also committed few errors and in the first half had a 90% completion rate.

BEale committed two errors. What was he doing on the bomb try. Why did he take so long to tackle Morris.
Click to expand...

i was most offended at Shaun Johnson starring up at the ball while standing still. He should have been running a block line, but was like he had never stood under a bomb before
Reactions: Dave Brough and Johnnyray

Tedster said:
What was up with luke today, very quiet game?
Click to expand...

Noticed both Green and Tevaga taking a lot of the dummy half role today, even to the point where I was gonna blow up thinking Kearney had Subbed Luke for Tevaga. Luke was still on the grill just lagging in back play a bit- don’t think he’s 100% fit at all
Reactions: Akkerz, Johnnyray, Aman and 3 others

Contributor
I think I recall another season where the team collectively grew facial hair and it all turned to shit!
Reactions: Dave Brough

Despite their forwards being "better at post contact metres", we were always going to win an arm wrestle with them becuase we have better line speed on defence and for hit ups they massively rely on Klemmer. It was them who used their back line more, and to good effect. And in some ways this was a point of difference and allowed them to make good metres around tackle 3 or 4.

Also how many minutes did Klemmer play. Man is a machine.

Agreed that if it comes down to the final round, with us needing a win to make the 8, I will be putting my house on the Raiders. There is no way we will ever get up for a game like that.
Reactions: Dave Brough, Hazman, Stalefish540 and 1 other person

ToiletDuck said:
Agreed that if it comes down to the final round, with us needing a win to make the 8, I will be putting my house on the Raiders. There is no way we will ever get up for a game like that.
Click to expand...

You can beat Ricky will be reving the troops up over that lost
Reactions: Hazman, Johnnyray, AlexM and 1 other person

I dont get it, why are we so shit when we're supposed to be kick ass.... this team just doesnt have the killer instinct, so many hole and Shauny J just wants to dance side to side
Reactions: Dave Brough

Warrior2017 said:
I dont get it, why are we so shit when we're supposed to be kick ass.... this team just doesnt have the killer instinct, so many hole and Shauny J just wants to dance side to side
Click to expand...

Read some stat today that was straight out of Anchorman. Apparently we only win 25% of the time for games that we are expected to win when we have a higher than 65% chance going into them. Which is pretty much what we’ve known for years that we shit the bed when least expected.
Reactions: Dave Brough

Contributor
This team has really fucked up my mood for the rest of the week.
Reactions: warriorsfan92, Hazman, nakiproud and 7 others

Contributor
At the end of the day, Kata still managed to get in his necessary dummy barge over attempt. So thats all that really matters in the grand scheme.
Reactions: Aman, ShaunJohnson7, ToiletDuck and 4 others

Cappy says "I know Stacey and me are shorter than you Mooks but we told you not to pick Solomone, you big dumb arse"
Mooks....defensive stunned silence
Iro says. "Fuck sake Steve,you told me they out-voted you 2-1"

It's your fucking fault Nudenut!! 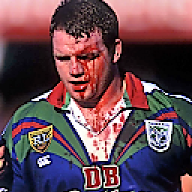 watched game at sky city.. thought I'd go and see what a major sponsor does . nice projector and couch set up.. but the fucking bar was closed till 5? wtf is up with that place? obviously only care about asians pissing on the carpet and the moolah.. was pathetic.
Reactions: BiggerD, Aman, charlie bobmarley and 1 other person

That was frustrating. Not just the loss to a deep down the bottom of the ladder but also missing a chance to improve our points differential.

Teams should be reaching their peak at this time of year.

Also during the week there was articles about how our attack is going to reach its full potential, or is going reach top gear or something along those lines. It seems whenever any of our players say how well things are going to go, things fall flat.

One bonus I am away for work at the moment and like a lot of fans I structured my day around the game. Arrived in time to watch it. Decided to go do further travel to my mates place to kill two stones with one bird knowing if I go there it would be part talk/catching up and part watching. Due to that I wasn't as engrossed as I usually am which has some what eased the pan of losing.