mrblonde said:
Actually, the best thing would be the replacements playing really well, whether the team win or not. Then, Cappy has perfectly legitimate on-field reasons for not bringing the naughty boys back. The worst thing is that the team get thrashed and the replacements failings are deemed largely responsible which means Cappy has to bring the naughty boys back and looks - in some peoples eyes - stupid because his replacements didn't work at all.
Click to expand...

Yes, but no. this is not about Cappy looking stupid, it's about sending out a message to the players. Most likely they will lose, it's saying I'm the boss, not you.

Regardless of the result, this has put Cappy in a positive light and the 6 players looking like the dickheads they are.
Reactions: bruce, Inruin, Off The Bench and 1 other person

bruce said:
Culturally when they are in a group of their brothers they will owe some allegiance to that group, its just the way they are. That is why some people won't say it publicly but they need to be a minority in the team to avoid that.
Click to expand...

Well rugby league is an English game, invented by the English, for the English. I'm not denying that.

But it's nothing more than a state of mind. There's nothing wrong with Islanders.

It's just that the state of mind needed to play pro footy is pan European all the way.

jonno said:
I know plenty of so called poly boys, and some of them are solid as fuck. Real deal good cu**s...

I have no doubt you do, don't we all.


the result of cultural differences to some degree"

I agree with what Matty Johns said on his Friday night show. You can sack coaches and find new ones, but you can't really sack players because at this time of the year, there's no one available, because they're still on contract. We can't really have a player clean out until we have players who are available. He was saying this about the Tigers.
Reactions: Sup42 and Tonbridge (Swanley)

If we hadn't lost in such a pathetic manor then this wouldn't really be an issue, if they were late/didnt show up to the review the next day then thats a big problem.

End of the day the reason they got themselves in trouble is the same reason we have won 3 games this year, lack of intelligence.

I hope the guys bought in to replace them make it hard for them to get back into first grade, as far as im concerned if the new guys perform they should stay in 1st grade, I'd be telling them its their place in the team now.
Reactions: Defence, Rick O'Shay, Dunedin warrior and 2 others

bruce said:
The mistakes were made in recruitment. Not all league players in NZ are Tongan, so why is it the largest group in the Warriors? That isn't being racist by the way. If they were all Ngapuhi I would be hearing about it.
Click to expand...

I can't comment on that sorry, apparently I've already made my racist comment for the day.
Reactions: Defence


the result of cultural differences to some degree"
Click to expand...

I'm not a fan of being shouted at and put down from my own family, let alone anyone else... That's not a poly thing, it's a human thing IMO...

But getting a good rev up for a good cause is different, isn't it.

As long as it's an angry affirmation of what you're capable of, and how you're not currently achieving your best.....
Reactions: The Cheap Seats

jonno said:
But getting a good rev up for a good cause is differe
Click to expand...

Yeah, they didn't respond to Cappy's half time serve. You can't be offended it's work even if your ears are burning.

If a blokes got a delicate ego your never going to get through.

6 Again said:
Yeah, they didn't respond to Cappy's half time serve. You can't be offended it's work even if your ears are burning.

If a blokes got a delicate ego your never going to get through.
Click to expand...

If it's a racial thing then you're never going to get through.

Bollocks to that I say. Shaun Johnson has an Asian Mother and a White Father. So which race is he again?

All you racial supremacists out there can give yourselves a couple of uppercuts from me please...
Reactions: The Cheap Seats, Off The Bench and gretchin66


the result of cultural differences to some degree"
Click to expand...

That right there is why Daniel Anderson lost the locker room. Poor Poly boy's don't like being yelled at, get their feelings hurt. Everyone gets their feelings hurt if they get yelled at, colour has nothing to do with it. The difference is, a professional will better himself from it, a DUMB will act like a child, make immature tweets, sulk, and band together some of his brothers that are also just DUMBS to follow him while he sulks. Good on you eggs, stick together off feild, but on feild don't play for one another, and look like a pack of useless DUMBS.

#2 Fuck off and shut the door on the way out.

#3 KH.......your a fucken idiot, and i'm pissed at myself for backing you to come right. Bugger off, go anywhere but here, and take your childish attatude with you, as well as your brothers who think it's cool to support you because you think, it's your right to play FG, know this, your earn the right to come to work tomorrow, by the way you conduct yourself, and the effort you put in today.
Reactions: mjak123, dean, The Cheap Seats and 2 others

Contributor
Ok so I've read the lot at last.

My simple thoughts are Konnie, sack him immediately we've got the goods to fire the shot.

Manu was a stand out off the field until Konnie arrived. Then the Tonga Bra love shit started.

It doesn't happen often, but sometimes an immature fuckwit can drag the older more experienced mate down with him and that's what's happened here. Konnie shot, Manu warned and final notice.

Lisone, seen some strange shit out of this one, his pumping himself up to get the photo after the Roosters game was bizarre and one gets the impression he rates himself well above his actual capability. One warning and gone or just gone.

Mutts, WTF?! Either man up and get back into it or fuck off to the Dragons.

That's my positioning based on not knowing the whole story (Manu).
Reactions: RiceOwl, Lord_m_80, eric and 12 others 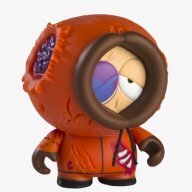 Vancent said:
Lisone, seen some strange shit out of this one, his pumping himself up to get the photo after the Roosters game was bizarre and one gets the impression he rates himself well above his actual capability. One warning and gone or just gone.
Click to expand...

What's the story behind this?
Reactions: bruce

jonno said:
If it's a racial thing then you're never going to get through.

Bollocks to that I say. Shaun Johnson has an Asian Mother and a White Father. So which race is he again?

All you racial supremacists out there can give yourselves a couple of uppercuts from me please...
Click to expand...

I dunno Jonno, you've lost me. You seem to be on some anti racial rant.

Im just talking about players needing thicker skins. I personally find talking about race tedious so I'll leave it there.
Reactions: eric, FAN, dean and 3 others

That's just it. It's not about race, it's about taking criticism. A lot of the Warriors players don't handle it well. You can go either way, accept it and work on improving or get your back up and go backwards to spite the asshole who said it.
What category do the majority of our senior players fit into?
Mannering?
Hoffman?
Lulu eye?
Johnson?
Lily Man?
Robson?
Luke?
Konrad?
Mutts?
Vats?
Reactions: jonno

Here's a question. Have we reached the bottom yet? Or is there still more shit to come?

Because if we have reached the bottom the only way is up,

If we haven't, then god help us.

I picture Jim Doyle still at Warriors HQ at this time of night trying to sort through damage control, of what's happened in the last 24 hours, sorry the last week, sorry the whole year. He's probably thinking to himself, should I just jump ship and quit? Is it too late? Or is he thinking, I've promised the fans, the country, the sponsors that this club will get better, and move on from this shit (debacle), and I am the only one who can get that job done. I'll stay put. For now.
Reactions: bruce and Sup42

Just to comment on race thing I would like to take the time out to quote the white guy sitting next to me at bar while watching Warriors Vs Storm Anzac Day game who during their terrible performance overheard some person make the usual comment of there being too many islanders on the team that's why we're losing who then without word of a lie turned to him and said "Mate why would you go ahead and make that sort of comment on today of all days ? Why say that ? This is our national day. You know you can't make Anzac Biscuits without some coconut. Mate shut up ... "
Reactions: tajhay, The Cheap Seats, 6 Again and 4 others

jonno said:
To be fair, I counted myself as two of them. Got to pad the numbers somehow...
Click to expand...

I just presumed the other 2 were edd and macker
Reactions: Defence, tajhay, Inruin and 1 other person

So sick of this shit, as far as i'm concerned Hurrell, Manu & Matulino can all f**k off. Hurrell
is a serial problem, Manu and this is hard to say, is a bad influence on the young guys on the
team, hasn't been great this year. Mutts is always involved when shit happens at the club and notably
The Russell Packer incident at the awards night 3 years ago. Very disappointed in Bodene, as has been one
one of our best this year, Lisone on last chance and Vete I feel sorry for as he was put in a difficult position by
senior players. This could be the beginning of the end of the current crap as long it continues to be dealt with
properly by Jim Doyle.
Reactions: dean and bruce

Warriors bout to Get the Biggest Hiding of There Clubs History lol.

henry6606 said:
Warriors bout to Get the Biggest Hiding of There Clubs History lol.
Click to expand...

Yeah and if history is anything to go by you'll be right. Remember Dragons are team who held us scoreless out in Wellington last year, beating us 36-0. Like you I have nothing but a bad feeling about this week's game on Sunday. I really hope that I'm wrong ...
Reactions: bruce
Show hidden low quality content
Share:
Share