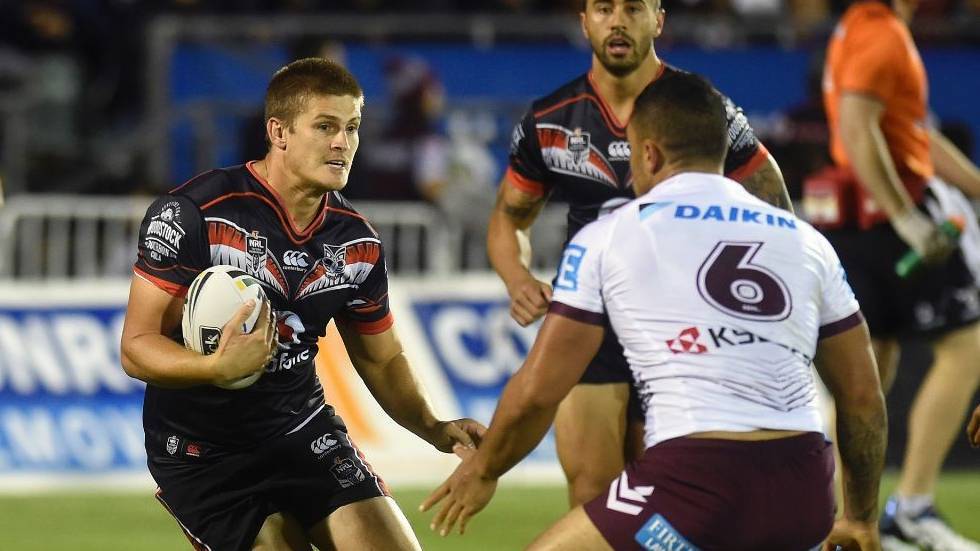 ​
Who was your MoM?
Did Jonathan Wright end up as a late inclusion?
How did the tactic of Tuimoala Lolohea coming off the bench go?
Simon Mannering get a meat pie?
Did Blake Ayshford and Ken Maumalo gel?
Ben Matulino better off the bench?
Manu Vatuvei play?
Shaun Johnson take on the line?
Thomas Leuluai overcall the ball?
Bodene Thompson play out of his skin as usual?
Captain Ryan Hoffman lead from the front?
How was the bench players?
Anyone go to the game? How was the atmosphere?

Only a couple of things to say.

1. Give yourself an uppercut Cappy. Playing Manu after a lay-off, in those conditions, in Perth, against a guy like DCE...absolutely fucking retarded decision and enough to let me know he does not have a CLUE. Anyone who knows Manu knows that sort of game isn't the game you bring Manu back in for. You have Ken Maumalo, you have your go forward from the back. WHY OH FUCKING WHY do you play Manu, and leave Tui on the bench.

2. Give yourself a second uppercut Cappy for leaving Tui on the bench and playing Manu instead. Not since Dylan Walker in SOO have I seen a more retarded use of a bench spot. Then bring him on in GOLDEN POINT?! Wtf are you smoking. The only thing that springs to mind when I think of McFadden is No Fucking Clue.

3. We are the worst side in the competition in close games. Shaun Johnson takes the ball to the line on the 4th with the scores all tied up, takes the tackle, and no half or anyone even remotely competent in a drop goal gets into position. Instead, Sam Lisone takes a snap shot. Well done guys, that screams panic because you have no experience in tight games.

Game we should've won, we were all over that Manly side in the second half, yet went to shit when it counted. That last set we had in our own half in the 79th minute was one of the worst displays of rugby league I have ever seen in 25 years of watching. That alone was enough to convince me this side will not make the 8. No brains, no game smarts when it counts. Once we lose next week in Canberra it's essentially game over, a Warriors side chasing the 8 at the back end of the year is a side that ain't going anywhere.
Reactions: 24 users

Manu is done. McFadden needs to go. And Lolohea is wasted on the bench.
Reactions: 9 users

Didn't he only come on as ayshford got hurt?
Reactions: 1 user

one word. excuse the French.

We definitely need more forwards in the backline, we dont need any of those fast, skillful players who can defend well...getting our sets started marginally better by filling the backline with big lumbering oaf's with limited skill is what we need to be doing more of.

The boys are trying hard, but their efforts are being sabotaged by a poor coach who selects even poorer teams..
Reactions: 13 users

Fusitua went to the centres I think n tui to the back, what was the point of keeping him on the bench for so dam long.
Reactions: 1 users

The senior fowards, mutts, Luke, manners and the hoff were fantastic.
Manly played well and gutsed it out- can't take that away from them.
It was one of them ones that could've gone either way. We had our chances but for numerous reasons just couldn't seal the deal.
It hurts.
Reactions: 10 users

he needed to start on the wing.

Manu Vatuvei is dead to me... i want him gone to superleague asap.
Lisone is too loose for my liking.
Bunty did himself proud.
We really need another decent edge backrower and a hard running prop who is big

the bench rotation is simply baffling. McFadden may well be a very competent coach... but I've seen nothing to prove it. I think im actually growing to hate him.
Reactions: 7 users

17 against 16 in those conditions and taking Manly to golden point...great effort by the team in the second half...
the coach can f*** off
Reactions: 5 users

No fucking softballs. The media need to demand answers about McShit's use of the bench.

There is no damn reason we should have played that match with essentially 16 men. 15 in the first half, wasn't it? One of those fifteen playing only his second game too, so you know he was doing it tougher than most.

Tui comes on for three minutes in extra time? Are you fucking kidding me. The team was utterly drained in the second half because of McShit overworking them and underusing his bench. The bad errors began because simply, the players were exhausted and not thinking properly.

A competent coach would have managed his bench properly and guided us to a 6-8 point victory. Instead we lose be ONE FUCKING POINT. That is inexcusable and I cannot WAIT to hear what McShit says. He needs to own another absolute cock up and for once take responsibility. I had damn well better not hear "The team didn't communicate at the end. I would have expected them to take the one, so I didn't say anything." Yes, they SHOULD think that, but you are the fucking coach. COACH, you absolute shitlord.

I don't think I've ever been as furious with a Warriors coach as I am now. In the past you could see how the team cocked it up or didn't turn up. In this case and when we faced the Sharks, they were absolutely handicapped by some of the worst selection and bench use I've had the displeasure of seeing.
Reactions: 21 users

Lisone kicked that with his left boot too, is the cu** even left handed ?
Reactions: 7 users

When even the commentators are calling your coaches use of the bench 'bewildering'......
Reactions: 2 users

let the over reactions begin.

TL played well, so that leave Manu and Cappy as the remaining bulls eyes.

Time for the pitchforks to turn up to Mt Smart.
Reactions: 1 user

(With apologies to the mods ...)
Reactions: 2 users