​
Time to get the beers in, put on your favourite jersey and if you're in town get to the park. Its game day.

You know it's been a terrible night at the office when you lose 32-12 and the result isn't even the worst part of the game.

The Warriors' defeat to Manly last Saturday was hardly ideal, but it's the loss of halfback Shaun Johnson to a season-ending ankle injury which may end up being the most telling thing to come out of it.

This week they aim to bounce back against a Sharks side coming off an 18-16 win over the Bulldogs at Belmore which lifted them to sixth on the Telstra Premiership ladder.

Both sides have a number of changes for the game at Mount Smart Stadium, with the hosts welcoming back Manu Vatuvei and rookie Ken Maumalo on the wings in the place of Glen Fisiiahi and Jonathan Wright.

Second-rower Bodene Thompson is out injured which sees Albert Vete start at prop and Ben Matulino shift up into the back-row. Youngsters Sebastine Ikahihifo, Charlie Gubb and Sam Lisone all return to Andrew McFadden's 17 as well.

The Sharks meanwhile are without Andrew Fifita, who has been stood down by the club pending further investigation into an alleged incident at a club match in Penrith last weekend.

Back-rower Anthony Tupou returns from a broken jaw sustained in Round 9 against the Warriors, Chris Heighington starts at prop and Tinirau Arona comes back onto the bench.

Watch out Warriors: The Sharkies will arrive battle-hardened in Auckland, following back-to-back victories by two points or less over the Bulldogs (18-16) and Raiders (21-20). Cronulla will be more than happy to get into an arm wrestle against the Warriors, and will back themselves to come out on top if the score is close in the dying stages.

The Warriors are going to have to work out quickly how to score points without Shaun Johnson, who this season has set up and made more line breaks, created more tries and scored more points than any other member of the squad. They can't rely on blowing teams away with their attack now that their best weapon is gone.

Watch out Sharks: If they are to get the job done in Auckland, Cronulla will have to do it without one of their key weapons in prop Andrew Fifita. The Australian international has run for more than 100 metres in every game this year, while he averages over 30 tackles per game in the middle of the park. He would have been a crucial part of Shane Flanagan's strategy to maintain the Warriors' pack.

Mathematically the Warriors will still be in the top eight race regardless of Saturday's result, but a look at their upcoming schedule suggests it's close to a must win for the Kiwi side and you can expect them to be suitably fired up. After consecutive losses by 20 points or more the Warriors have slipped from fourth position to eighth and desperately need something from their next two home matches.

Key Match-Up: Tuimoala Lolohea v Jeff Robson. About the only thing these two players have in common is the number they will wear on Saturday night. Robson, 32, has been typically reliable for the Sharks in his 12th NRL season. Lolohea on the other hand will make his first start in the No.7 jersey, but he's already starred across several backline positions this year, scoring eight tries and averaging 113 run metres per game.

The History: Played 34; Sharks 18, Warriors 16. With the exception of the last-minute 16-12 loss to the Warriors in Round 9 this year the Sharks have had it over their Kiwi rivals of late, winning five of their last six.

Did You Know: Without Andrew Fifita the Sharks win a whole lot less. Over the past two seasons Cronulla have won just 21.4 per cent of their games while missing the big prop.

The Way We See It: The Sharks look every bit a team on the up right now, and are sitting in sixth position thanks to a grinding style of play which they have become specialists in. Those qualities are also why they will probably be too tough for the Warriors this Saturday, with the Kiwi side lacking enthusiasm and any real execution in their last two matches. Cronulla to win by four.

Contributor
Come on boys. Lets do this. Who gives a fuck about the ladder right now. After the last two games and Shaun Johnson's injury we need this right now. Lets get this win for our hearts and souls. The WarriorNation needs it big time...
Reactions: Fazz, motu1, Richie and 4 others

Contributor
Oh. Was told last night that Ryan Hoffman wont be making a late appearance. Team to play 1-17 as named. So no Jonathan Wright or Sione Lousi...

I feel playing Loloheia at 6 is an indication they are already thinking about next year. All his experience in first grade is at fullback. Tomkins has played half for a chunk of his career, surely he would be the guy to carry the team to the finals. Hes really just a support player at fullback or maybe they plan to use him as a third half?

I think they could have used this opportunity to throw Fish in at fullback and Loloheia on the bench to cover the backline.. if they want to compete in the finals
Reactions: ShaunJohnson7 and tajhay 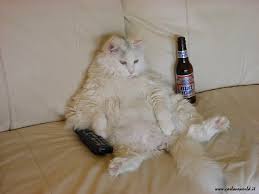 Come on the mighty warriors!!! Time to prove the haters wrong! Everyone saying our seasons done cos Shaun's injured, well show you fuckers TONIGHT! Tui to whip his giant dick out and fuck the sharks all night, meanwhile scoring points like they're going out of fashion..I'm feeling good about this one, here comes the backlash!!!
Reactions: Stylez Davis, The Cheap Seats, Lousi-InBed and 1 other person

Contributor
I hope we compete.

Our team looks like a side that we would trott out for a preseason. Trial.

I think think the best I can hope for is a hardout brave effort.
Reactions: Miket12 and eX | Machina

Contributor
I hope we blow them out of the water!

I hope the Sharks are ambushed and bewildered by us.

I hope Tuimoala Lolohea stamps his name on the halves jersey so that he's not only pushing Thomas Leuluai out of the 5/8 role but also gives Shaun Johnson a run for the top spot...
Reactions: matiunz, Fazz, Miket12 and 7 others

They love watching the Warriors thrash those Sharkies on Saturday arvo, Rabs!

goldcoast-warriors-fan said:
Come on the mighty warriors!!! Time to prove the haters wrong! Everyone saying our seasons done cos Shaun's injured, well show you fuckers TONIGHT! Tui to whip his giant dick out and fuck the sharks all night, meanwhile scoring points like they're going out of fashion..I'm feeling good about this one, here comes the backlash!!!
Click to expand...

Really excited for tui to show us what he's got, great audition for next year. I will be waiting with baited breath for gubb to snap that lesbian looking, peptide taking Gallen in half
Reactions: Defence, goldcoast-warriors-fan and (deleted member)

Matulino's Left Shoulder said:
Show what these coconuts can do boys.

We need to bulldoze these grubs off the park

I know that with our consistency issues trying to predict a result based on analysis is largely futile, but we can definitely win this game if we get on the front foot early and establish some dominance up-front. With Bull, Vete and Mutts starting and our power running (especially early in sets) backs at max threat level,as well as Fafita the meter eater missing, gaining momentum should be the one thing we don't struggle with. I actually like Seb starting and RFM (with Gubb and Lisone) playing off the bench, as it should help lessen any dips when the interchanges start.

The backs are chalk and cheese in this one. Power vs Pace. What'll win out? If we hold our line, don't offer any holes and use the side-lines well, we should be fine. The danger here is 1. center-wing defensive confidence with all the changes this year and 2. when our boys start to fatigue, but there's really nothing new there. Have my concerns about the injection of Barba, but let's hope this week is rocks and not diamonds for the former gun player. Will also be interesting to see if they play Bukuya to see whether he lifts (like most former Warriors do) against us. Prick wasn't worth mud when he played for us.

If we can get that momentum, it'll take a shit-ton of pressure off Tui and Chad (praying the former plays it cool and the later doesn't over-play to compensate for Shaun Johnson's loss) and hopefully we can end our sets well. We do that, and keep our errors low, and we're better than average chances of winning this one, regardless of the teams' form heading in. Of course momentum almost always swings at some stage, and when it does it'll be a huge test for our team. Then we'll see what the leadership in this team (and Cappy's prep) is worth.

Honestly just hoping for a respectable effort and no... more.... fucking... injuries!

Contributor
Dont think Shaun Johnson is going to be missed that much TBH. He goes missing in enough games so this will be just one of them...
Reactions: Rick O'Shay, Inruin, goldcoast-warriors-fan and 1 other person

mt.wellington said:
Dont think Shaun Johnson is going to be missed that much TBH. He goes missing in enough games so this will be just one of them...
Click to expand...

Don't necessarily disagree, but in a game where you need a bit of magic (e.g. behind by 8 with 10 to go) it pays to have a wizard in your team. That said, with him not being there, maybe the boys will buck-up since they know they can't rely on a miracle save. We'll soon see.
Reactions: Inruin and mt.wellington

Lousi-InBed said:
Really excited for tui to show us what he's got, great audition for next year. I will be waiting with baited breath for gubb to snap that lesbian looking, peptide taking Gallen in half
Click to expand...

Agree about the lesbian being scissored by gubb, hope he cuts him in half!

P.s love the pun in your name
Reactions: Defence and Lousi-InBed

Everyone is talking about Chad and tui, let's not forget about tomkins ball playing skills. He and Chad along with our forwards laying a platform will hopefully allow tui some freedom to not only ball play but use his speed to take line on.

mt.wellington said:
Oh. Was told last night that Ryan Hoffman wont be making a late appearance. Team to play 1-17 as named. So no Jonathan Wright or Sione Lousi...

So what you're saying is Shaun Johnson will be a late inclusion..and we'll win.

eX | Machina said:
So what you're saying is Shaun Johnson will be a late inclusion..and we'll win.
Click to expand...

Not this week but the injury isnt as bad as they made out. Back next week...
Reactions: eX | Machina, Canadian_WarriorFan and (deleted member)
Show hidden low quality content