Man of the Match?

Honourable mentions to Lisone - 150 metres off the bench, 172 metres for Mutts, and 179 metres for Hoffman from 20 carries (along with 20 tackles and no misses).

We won. Held them scoreless in the second half too. For me - the 50 points we've run up on them in the last three outings is nice. But the 6 points we conceded? that's better.

Not our best game, but we deserved it. Hard work reaps rewards.
Reactions: warriorsfan92, snake77, Tonbridge (Swanley) and 8 others

Not the prettiest of wins, but we'll take the two points
Reactions: mt.wellington

Mark Gasnier is a shit commentator. Taking over from Belcher.
Reactions: Tonbridge (Swanley), Defence, Timothy and 5 others

Scrappy, but I'm happy we got the points.

We still have a shit load to do to look good with the Roosters, Rabbits and co
Reactions: Tonbridge (Swanley), fizurg, Harlz and 2 others

Woohooooo so happy. Scrappy win but two points none the less. Man crush on Simon Mannering went up another notch...
Reactions: kavafred, Harlz, OMG and 2 others

Easy Man of the Match tonight for mine - Manu. Tomkins a reasonable second, and our new jersey in 3rd.

Lillyman should have put the game to bed.

I do not agree with the field goal call. The clock gets stopped so 10mins out is an age. Not to mention a miss means a seven tackle set. If it was Johnson dead in front - then go for it.

Not convincing, but some good line defence. Probably a bit lucky Vaughn dropped the ball and we got 12 points off the back of it.
Reactions: 2 people

Wright had a much better second half, good in the air and solid carries.

I've seen Manu score the same sort of tries that Sisa scored on Wright, just out leaping with momentum, all good wingers should be able to finish those.

Some blights in the game, but gee I'm pretty happy with our defence. The Raiders fired some legitimate shots at us and the only try we conceeded was off a bomb.

Tomkins showed why we paid a million for him and The Chad had a very solid game. TL and Friend aren't quite doing as well, but on the whole it's an improvement on just Friend playing last year. Shaun Johnson had some signs of life towards the end of the game too.

The most pleasing part for me was our pack. Mannering, Hoffman, Matulino, Lisone and Vete were all rolling up the middle making very good yards.

The only real weakness was Jono Wright, but he wasn't AWFUL AWFUL. He just wasn't great.

On the whole, getting a win in Canberra and doing it by 12 points, while only conceeding 6 is a great result for us.

We should be out for blood against an understrength Parra next week. Anything less than a win is unacceptable.

3. Tomkins
2. Hoffman
1. Mannering (Matulino was great, but the two errors off his offloads knock him off the podium for mine)
Reactions: eudebrito and koolkat

Hoffman was great, easily man of the match, Manu had a very good game and Vete and Matulino were fantastic.

I hope the two rookie forwards dont have a serious downturn through the season because the pack actually goes forward.
Reactions: Jah, Timothy and (deleted member)

Great effort defending our line in the second half... Raiders were up for it and we thwarted their efforts every time bar one.... 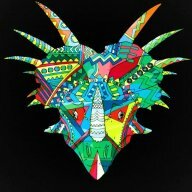 Brilliant game, forwards stepped up and definitely noticed the difference tomkins makes at the back, on defence and attack. Good to get a win!
Reactions: koolkat

did matulino play the whole 80?

Hoffman has been great in our opening two rounds. He's really pushed Mannering who has been amazing in the middle.

Tomkins return was great too. Lolohea - not really a centre. Fingers crossed Konnie or Laumape is back next week with Lolohea to the wing. Chad - better game. Shaun Johnson - improving, not quite what we expect from him.

Mutts - awarded man of the match. Great opening two rounds from him. Honourable mentions to Lisone and Vete though who are really pushing from the bench. Lillyman still to get more minutes and push too.

Our weakness? Dummy half. We really need to pick up our game there.

Mannering MOTM for me.

Next week - the Eels at home. Good night to all, go to bed happy. First time in three years we've got a win inside the first two rounds...
Reactions: snake77, OMG, Rick O'Shay and 2 others

Wasn't pretty and there is a lot to work on but at this time of year just awesome to get two points.

Manu had an awesome game as did Matulino and Lisone. Mannering tackled his arse off yet again.

They didn't really test us much but I was still happy with our defense, only letting in that one try.

Are we sure Johnson is not carrying an injury or anything? He went missing again tonight, particularly in the kicking department. After all the criticism he copped this week, I was expecting him to have a blinder.
Reactions: mt.wellington