​
Thoughts? Man of the Match? Any ACL ruptures?

Absolute toweling and we deserved it. That second half was nothing short of soft. We were chasing the game but that was unacceptable.
Our forwards couldn't hang with theirs and rolled us in the middle. How often are we lying in the tackle when they play the ball?
Big lesson for the rookies especially tonight cause they were right out of their depth.
Reactions: 2 people

Why don't the Warriors ever learn how to defend?

What's the malfunction with this team?

Too many errors. Too many misreads on defense. Why bother showing up if you're not going to play footy?
Reactions: facefacts and goldcoast-warriors-fan

Contributor
never seen so many shirt grabs in 80 min.

team should be embarrassed with themselves.

especially some of our seasoned vets.

The Warriors got some bad calls in the first half but they were still in the game 8-4. After Mannering went off they just capitulated and even though he came back in the 2nd half they just got worse. Bad signs for this team for the rest of the season, their fitness which has looked so good so far looked the exact opposite today. They looked out of gas after 20minutes
Reactions: Timothy, mt.wellington, (deleted member) and 1 other person

Well, our defence is still shit.

It's worrying when you hear interviews with the players and coach, emphasising defence yet we still seem to be unable to make our one-on-one tackles stick?

An ode to my bro facefacts - Lolo wasn't great and Manu was shit
on D tonight, but that went across the whole team tbh.

Big wake up call. Still can't hang with the big boys, and we might not be able to this season if tonight (and the last 3 weeks) is anything to go by.
Reactions: Richie

We were shit tonight but can someone tell me where is the accountability for the incompetence of the officials. League is about momentum and any call that gives the other side an advantage means you lose petrol from the tank with no gain.
Eventually you fall over.
While we didn't do ourselves any favours, I would expect not only changes to the side next week but also a $10k fine with a ref bash.
Reactions: Timothy, Brother Faisal and cro.warrior 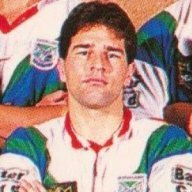 Just getting news from Perth

Issac Luke has back flipped on his deal with the Warriors

apparently he had a "no gutless performances" in his contract

and the Warriors just meet the criteria for it
Reactions: mrblonde and Tedster 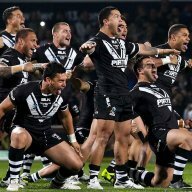 time for a new coach? whose in
Reactions: brightman, Woofa and Off The Bench

Well at least Luke can goal kick... That's all I can take out of this game
Reactions: Inruin, Warriorholic, Beast Mode and 2 others

Slash Razor said:
time for a new coach? whose in
Click to expand...

no thanks, after 4 coaches in 3 years who will come here. Bill Jones who coaches the Shazwazza under 3s?

Contributor
Refs were disgraceful tonight but we matched it with our handling. Deserved to lose by more than we did is the only bright side.
Not expecting much against the roosters at least.
Unfortunately this confirmed we are a mid table side at best, a place in the 8 will count as a successful season I'm afraid.
Fuck I hate Souths
Fuck I hate Maxwell
Reactions: frankspence, Timothy and ShaunJohnson7

Slash Razor said:
time for a new coach? whose in
Click to expand...

No way, I shudder to think Iro is having a word in the ear of some
Reactions: Akkerz and Inruin

man I wish I was a Union guy
Reactions: frankspence, letsgonewarriors, Eccawarrior and 4 others

Contributor
Think that performance has been coming, the flip side of winning ugly is when you keep playing ugly, and come up against better competition, your in trouble.

Did get a bad feeling as soon as I saw jarred maxwell, now that Hayne has gone he is as corrupt as they get. But because the Warriors embarrassed themselves, they don't get the right to complain.

We Haven't beaten a good team since the panthers last June, that's coming up a year of beating the also rans and getting thumped by the better sides, McFadden might get his dream roster next year, but he has shown no evidence he can get these players to wins over the big sides.

MoM is fairly pointless, Hoffman about a 6 out of 10 might have been the best of the lot, maomalo tried hard.
Reactions: Harlz, facefacts, (deleted member) and 1 other person
Show hidden low quality content
Share:
Share