A thread for all general discussion about the Newcastle Knights that doesn't fit into existing threads such as the NRL Salary Cap, Naughty Chair, Warriors team lists, game day and post match threads etc.

This can include past or present news and views, match tactics, recruitment strategy etc.

FOR SIGNING NEWS, PLAYER MOVEMENTS AND RUMOURS PLEASE USE THE NRL THREAD...

Seem to be getting higher and higher too
Reactions: 3 users

Wouldn't be as bad if they had a more interesting logo, this one is trash.

The new NRL logo is integrated quite nicely with it being the same colour as that part of the jersey and surrounded by a white to break it up.

The logos have been creeping up higher over recent years. I can't remember which club started it but one club had a reason probably easier to sight and also told players not to fold their arms so much hiding them.
Reactions: 1 user

snake77 said:
The new NRL logo is integrated quite nicely with it being the same colour as that part of the jersey and surrounded by a white to break it up.

The logos have been creeping up higher over recent years. I can't remember which club started it but one club had a reason probably easier to sight and also told players not to fold their arms so much hiding them.
Click to expand...

Its all about how they sit on players. The chest area is almost always stays tight and displays the logo nicely. The lower down you go the more chance of it scrunching up. Broncos sleeve sponsor First Down kicked up a stink about their logo being to low and bunching up this season. Broncos had to change their whole playing kit with the logo higher up. Complaint was made after Round 1 and by Round 3 the kit had been completely changed...
Reactions: 1 users

The big green logo is similar to when they had BP.
https://www.carlawparkdiehards.co.nz/shop/Classic+Heritage+Jerseys/1989+Knights+Retro+Jersey.html

The BP logo was really down low in comparison.
Reactions: 1 user

snake77 said:
The big green logo is similar to when they had BP.
https://www.carlawparkdiehards.co.nz/shop/Classic+Heritage+Jerseys/1989+Knights+Retro+Jersey.html

The BP logo was really down low in comparison.
Click to expand...

Yeah at least the BP logo was low. The new ones look ridiculous. Whoever chucked that logo on like that is either lazy or just silly. Gonna lose sales with that shit.
Reactions: 1 user

Contributor
Newcastle's off-season signing spree has continued with former Rabbitohs outside back Hymel Hunt joining the Knights on a one-year deal.

Hunt, who can play at centre or on the wing, follows Tim Glasby (Storm), Jesse Remien (Sharks), Edrick Lee (Sharks), Mason Lino (Warriors), Zac Woolford (Bulldogs) and James Gavet (Warriors) in signing for Newcastle ahead of the 2019 season.

After limited stints at the Gold Coast Titans and Melbourne Storm, the 24-year-old played 47 games in three seasons for South Sydney.
Www.nrl.com.au

Are the Knights borrowing the Roosters sombrero?

Te Aro said:
Are the Knights borrowing the Roosters sombrero?
Click to expand...

Yeah think so, add to that ponga and pearce

I obviously knew that Newcastle had links to the English city, what I didn’t know until recently (never been south of the equator) is the extent to which the suburb and small town names have been replicated. Being a former resident of Newcastle upon Tyne(15 years), it is really strange to find out the NSW town has its own Jesmond, Wallsend, Gateshead etc.

Just a shame that football is king in Newcastle upon Tyne, although they are bidding to be a rlwc2021 host on the back of numerous magic weekends.

Sounds like Newcastle were so far under the cap in the last couple of years that they started front loading contracts so they have a lot to play with now.
Reactions: 1 user

They have been struggling to sign guys the last few seasons. There was talk of them struggling to hit the minimum cap spend as no one wanted to go there.

We were the surprise of 2018. A lot of analysts more thinking with their heart than their head picked the Knights. They may have been a year early.

Wow really we suck but the Knights are actually imploding....

Wellington Warrior said:
Wow really we suck but the Knights are actually imploding....

That milkshake comment by Ponga was pretty unprofessional IMO when asked about Nathan Brown not being coach next year. 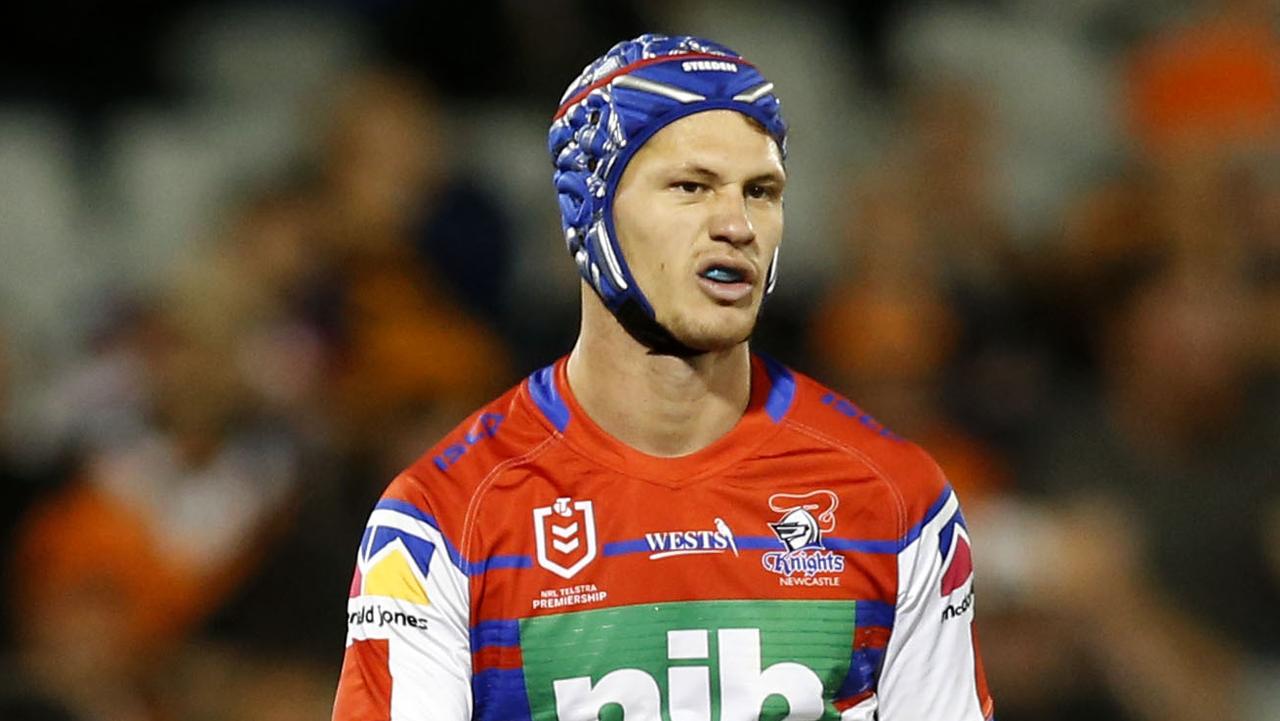 League legends Brad Fittler and Peter Sterling have slammed Knights star Kalyn Ponga for a ‘disrespectful’ joke he made about the departure of his coach Nathan Brown.

They don’t think about the fans: Gould’s harsh advice for Knights over Brown exit 
Nathan Brown and the Knights were never going to have an amicable few weeks.

After he resigned last week, the conclusion should have been to walk away from the club.

The result was a 46-4 thrashing at the hands of the Wests Tigers, spoiling a shot at the finals and ruining a few reputations along with it.

It was clear to Brown he no longer had the support of the players, and just three days later he was gone.

At the time the team was sitting fifth on the ladder, but Gould saw a situation was turning sour and acted.

The Panthers still made the finals.

“I wonder how Nathan Brown fronts up to training with these players this week and what the conversations are going to be like,” he said in an eerie nod to what was to come.

“And how they get ready to keep their season alive, and what are the fans thinking?

“And for any ‘weak minds’ within that team, and we saw the weak minds on the weekend. “How are they going to justify their performance last week and then justify any sort of improvement this week?

“What sort of lack of pride did they have in their own professional performance to go out and perform like that, when their team and that jersey is still in contention for a top eight spot?

“There are fans from Newcastle that travelled to follow them.

Gould sacked Griffin and they still made the finals. Well they should they were in 4th or 5th place at the time where the Knights were sliding. The Panthers still had a possible home semi to play for along with a better roster. Even a week or two following the sacking with the improved performance after a coach has sacked would of got them through.

Brown has done well rebuilding them over the last few years. Typical of professional sport Bennett said it's to much work. Since then Bennett has been in the finals with Broncos and now pushing for a premiership with Souths. Brown gets the Knights competitive and gets pushed out. Will have to wait for his next rebuild now. Poor guy is gonna age quickly.
Reactions: 2 users
Show hidden low quality content
Share:
Share

General Newcastle Knights In The Poo!