​
Signed from the Auckland Blues during the Warriors early fascination with signing All Black players. The Mark Carter experiment would largely be a failure and he would be the last All Black straight from Rugby that the club would sign.

31 Mark Carter - ??? retired from Auckland NPC Rugby Union in 2000 Still have absolutely nothing on Sharky. Absolutely nothing. Wikipedia page has nothing and his name is too common to get much success with Google. If anyone is a member of an All Black or Blues page can you ask? Guy seems to...

Carter was probably the most difficult players to get an update on back in 2015 as his name was too common. We got absolutely nothing but I pleased to tell you that has changed thanks to a Stuff article published in 2017. A wish granted at the weekend could be the forerunner to wilder celebrations for the Carter family.

Siblings John, former All Black loose forward Mark and Rachael operate under the Jomara Bloodstock banner and early on Sunday morning they welcomed a half-sister to Humidor, who on Tuesday bids for Group I Melbourne Cup (3200m) glory at Flemington.

"We had some really good news when Humidor's mother foaled a filly at 3am on Sunday morning," Mark Carter said. "We sold a half-sister to Humidor and the mare's had a filly by Shooting To Win. It's a nice match and we were desperate for a filly to keep the family going."

The Carters bred Humidor, who is by Teofilo out of the Zabeel mare Zalika, and enjoyed success in the Group III Manawatu Challenge Classic (2000m) and a Group I Livamol Classic (2040m) placing with the gelding when he was trained at Otaki by Johno Benner and Hollie Wynyard. 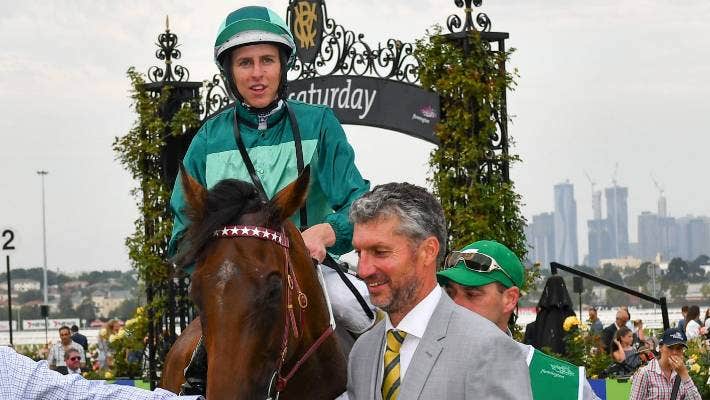 Jomara Bloodstock sold a 50 per cent interest in Humidor to clients of top Victorian trainer Darren Weir, who has subsequently added Group I wins in the Australian Cup (2000m) and the Makybe Diva Stakes (1600m) to the horse's record.

Now, the five-year-old is the equal third favourite at $10 to win the Melbourne Cup.
"It's very exciting and at a whole new level – it's a dream come true to have a runner," Carter said.

He is endeavouring to take a low-key approach to Tuesday.

"I'm trying to have low expectations so I don't get disappointed," Carter said.

Meanwhile, Weir is more worried about Humidor's weight than he is about him mastering the extreme distance of Tuesday's Melbourne Cup.

"The negative is the 56kg, it's enough, but all the indications say he will stay," Weir said.

Humidor goes into the cup off the back of his runner-up finish in the Cox Plate (2040m) at Moonee Valley where he momentarily looked like he may have lowered the colours of the champion mare Winx.

"I didn't really think he would get that close, but he's such a good horse when he's ridden the right way and he got a beautiful run in the Cox Plate," Weir said.

"From a cup point of view it was a terrific run."

Humidor will be ridden by the in-form Blake Shinn.

With the withdrawal of the only Kiwi-trained contender, Jon Snow, before the field was finalised and the scratching of veteran Who Shot Thebarman on Sunday, Humidor carries the most Kiwi interest in the cup, but there is a second Kiwi-bred runner in Cismontane ($51), who only gained entry through his win in the Lexus Stakes at Flemington on Saturday. He was bred by Windsor Park Stud of Cambridge and is the late shuttle sire out of the Kiwi mare Viviane.

There are three expat Kiwi jockeys in the big race, while Chris Waller, the top Sydney trainer who hails from Foxton, has a solid chance in Libran.

The jockeys are three-time New Zealand premiership winner Michael Walker, who will ride Bondi Beach ($61), Cory Parish, who will ride his Caulfield Cup winner Boom Time ($31), and 21-year Michael Dee, who will be on board outsider Gallante ($101).

The three jockeys live in Victoria. He's a former All Black who also played for the Warriors and now he has a horse in the Melbourne Cup.

According to the business registry Mark Carter has been a Director of Auckland based Jomara Bloodstock Limited since 2001 and runs it with his brother John and sister Rachael with all three having equal shares.
Reactions: bruce Jomara Bloodstock is the company of John and Mark Carter and their sister, Rachael.

Their first dip into the big time came with Humidor in the Manawatu Classic for Otaki trainers Johno Benner and Hollie Wynyard.

The son of Teofilo outstayed local Five To Midnight, but that proved to be only the entree for the breeders when Luna Rossa came from the tail-end of the Sires Produce field to clinch victory on the line.

While there was a local slant to Humidor's victory, it was the well-proven training partnership of Murray Baker and Andrew Forsman from Cambridge who put the finishing touches to Luna Rossa, a filly by Written Tycoon from the More Than Ready mare Wild Promises.

The pair were in the last quartet of the running and it didn't look any better once into the straight.

But with great urging from Allpress, Luna Rossa responded and her win emphasised what the training partnership coupled with a rider as good as Allpress can achieve. 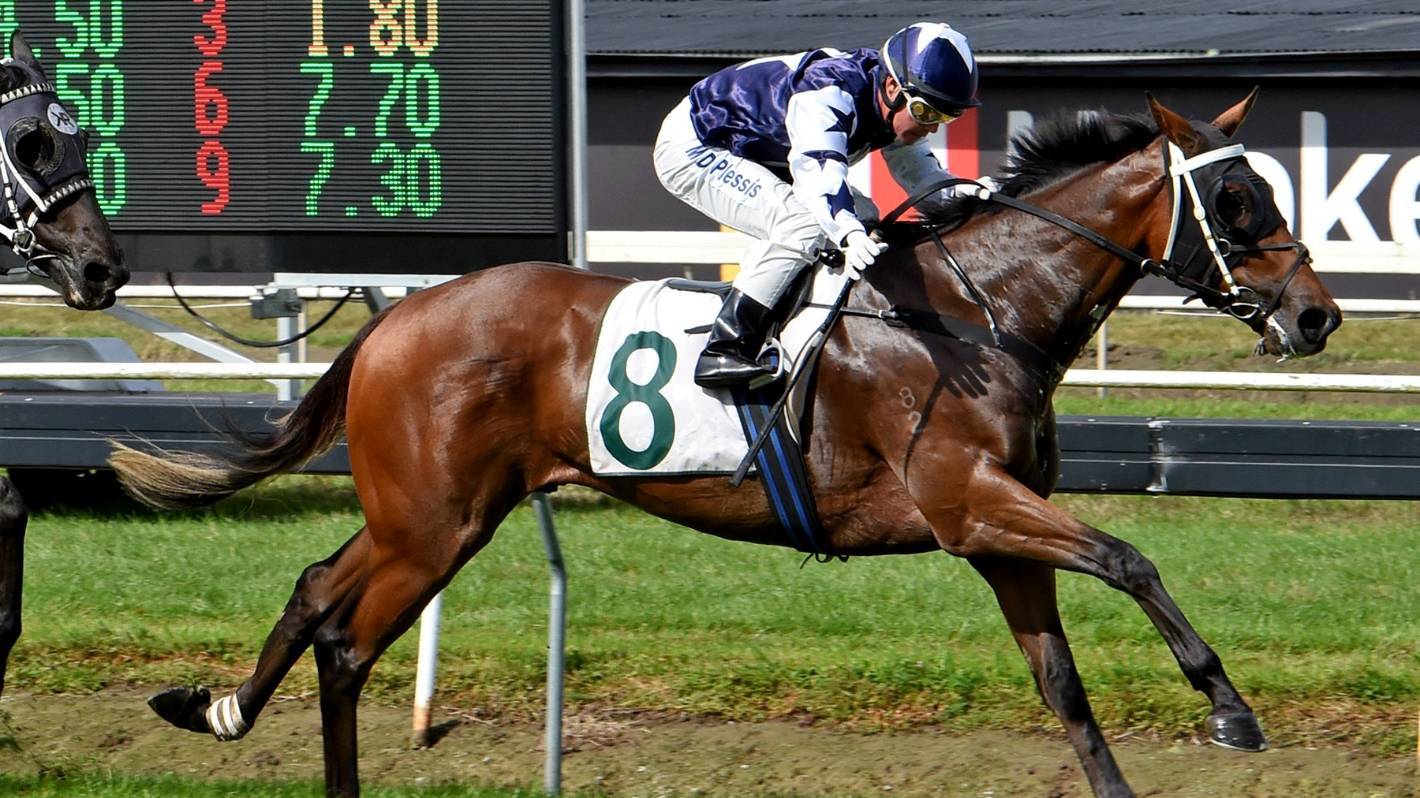 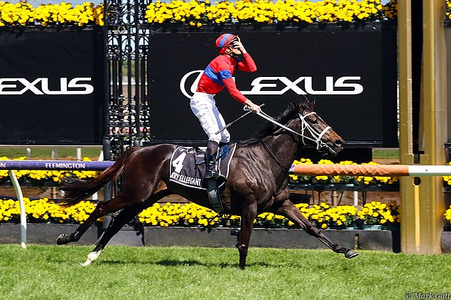 A planned European racing campaign next year for reigning Lexus Melbourne Cup (G1) champion Verry Elleegant, possibly culminating in a tilt at the Qatar Prix de l'Arc de Triomphe (G1) in October, could open up the door for the brilliant New Zealand-bred mare to be sold at auction in the Northern Hemisphere.

Jomara Bloodstock's John Carter, a key figure in the ownership group behind the Chris Waller-trained Verry Elleegant, Dec. 1 reaffirmed his ambition, also held by many of his fellow partners, for the 6-year-old to race internationally next year but he admitted the scenario of the trip coinciding with her being sold as a broodmare prospect had not yet been discussed.

As the 10-time group 1 winner currently enjoys a spell, tentative plans are being mapped out by Waller for Verry Elleegant to race in Europe during the Northern Hemisphere summer and autumn where she could be joined on the plane by top-class stablemates Nature Strip and Home Affairs.

Verry Elleegant's campaign, which another owner Brae Sokolski had publicly divulged as being his desire to occur this year, hinges on the 15-time winner indicating she has lost none of her zest for racing and trademark tenacity when she returns to Waller's Rosehill stables in the near future.

"If she comes through the (Sydney) autumn in one piece—it's no small task; they've got to have everything go right—and everybody's happy, then, I guess, why not? You don't get a horse like this every day of the week (capable of traveling to the Northern Hemisphere)," Carter told ANZ Bloodstock News.

When asked about the possibility Verry Elleegant being offered to the international market in either Europe or the United States, Carter said: "We haven't thought that far ahead, to be honest, and basically everything's been focused on racing at the moment.

"It is all governed by how she performs in the autumn before anything like that (is discussed). One thing at a time."

Carter, however, did reveal that he and his brother Mark and sister Rachel, who race under the Jomara Bloodstock banner, along with Verry Elleegant's breeder and part-owner Don Goodwin and original trainer Nick Bishara had reached an agreement quite some time ago to put the mare on the open market once the moment comes to retire her.

At the time, there was the thought that some of the syndicate could buy out their partners to retain her to breed, but her value may mean that proposal is now out of the question.

"There was an agreement made with (breeder) Don Goodwin and ourselves that when the time came for her to finish her racing career, we'd take her to the sales and allow the market to set the price and we could buy her back or whatever (if we wanted to)," he said.

"That was the agreement that we made."

Con Te Partiro, who was raced by Newgate Farm and SF Bloodstock in Australia, was sold for $1.6 million (AU$2,236,542) at the same Keeneland sale as Houtzen.

Japanese breeders have been targeting some of the world's best broodmare prospects and were active in the U.S. market last month, purchasing mares at the Fasig-Tipton and Keeneland November sales in Kentucky, and they are also at the Tattersalls December Mares Sale currently underway at Newmarket in the UK.

Carter acknowledges Verry Elleegant, by Zabeel's unheralded sire-son Zed, could be on the radar of Japanese breeders given the mare's superior staying qualities.

"I would imagine that she would be very attractive to that Japanese market because they are very strong on that staying breed," he said.

"I don't know how much appeal she has to Australia or to New Zealand, for that matter, but I would say the Japanese would be all over her. I am only guessing that as they put a hell of a lot of effort into their staying races."

While Verry Elleegant would be 7 by the time her proposed world tour comes to an end, Carter has not ruled out the mare racing on next season and heading to stud as an 8-year-old.
"The horse has given us so much, so we wouldn't want to flog her. If she's still enjoying it, and she's obviously got a desire to race and a desire to win, and while she has still got it, why not make the most of it?" he said.

"She was quite immature, so to do what she did as a 3- and 4-year-old was quite amazing. We were always aware that she was going to get better the more she matured and developed and we finally saw what the finished article looks like in Melbourne (in the Cup)."

When Verry Elleegant is eventually sold and heads to stud it continues a recent trend of elite mares going to market rather than being retained to breed with by their owners, unlike the choice of connections behind champions Winx and Black Caviar who have kept hold of the mares in their second career. 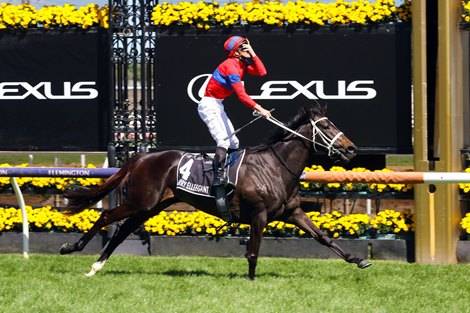 A planned European racing campaign next year for Melbourne Cup (G1) champion Verry Elleegant, possibly culminating in a tilt at the Arc (G1), could open up the door for the New Zealand-bred mare to be sold at auction in the Northern Hemisphere.

Contributor
I thought as a respectable All Black flanker he should slot in easily to our game in the forwards, He seemed not to be a follower of the game though and was a very slow lear. At least he did tackle and carry he ball up, but he lacked the penetration that more knowledge would have given him.
Show hidden low quality content
You must log in or register to reply here.
Share:
Share