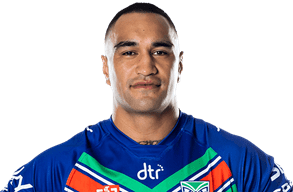 Ahead of Round 11 of the NRL Telstra Premiership, just one Intrust Super Premiership graduates has been named to get their first taste of the top grade - NSWRL.com.au takes a look Marata Niukore.

After a string of eye-catching performances for the Wentworthville Magpies in the Intrust Super Premiership NSW this season, Marata Niukore has reaped the rewards after being named to make his first grade debut against his former club the Warriors this Friday night at ANZ Stadium.

The New Zealand Under-20s representative joined the Eels in 2017 where he was part of the Auckland Nines squad after his first pre-season with the club and has quickly become a core part of the Magpies forward pack since his club debut last season.

His barnstorming performance against the Western Suburbs Magpies in Round 8 clearly caught the eye of Eels coach Brad Arthur, with Niukore recording 162 running metres, seven tackle-breaks and a try-assist for good measure.

Expect a spirited performance from the utility forward as the Eels look to bounce back from their hard-fought 20-12 loss to the Bulldogs on Friday night.

We take a look at the only debutant named to debut in Round 11: Marata Niukore

Niukore signed on four-year contract from 2023​

Parramatta back rower Marata Niukore is heading back to the Vodafone Warriors on a four-year contract starting in 2023.

The 25-year-old Mangere East Hawks junior has amassed 77 NRL appearances since joining Parramatta in 2017 before making his debut in 2018.

The 188cm, 106kg Mangere East Hawks junior came through the Vodafone Warriors’ system playing for the club’s under-20 and New South Wales Cup sides before moving to Australia.

“We had him marked down as one of our key recruitment targets once we were able to go to the market for players off contract after the 2022 season.

“His home is Auckland, he knows our club really well and he’s now a well-established first grader who’s going to be a key player for us. He’s a really big part of our long-term future through to 2026.”

Niukore made 21 appearances for the sixth-placed Eels in 2021 with game averages of more than 60 minutes, 100 metres, 41 post contact metres and 22 tackles.

“Marata has developed into a high quality second rower who’ll bring so much to our squad,” said Vodafone Warriors head coach Nathan Brown.

“We’ve been keeping a close eye on him and have been really impressed with the way he has developed his all-round game. It’ll be great to have him on our roster from 2023.”

Niukore was initially limited to New South Wales Cup football for feeder club Wentworthville when he linked up with the Eels in 2017, his NRL debut coming the following year when he was used off the bench against his former club, a match the Vodafone Warriors won 24-14.

Primarily used in the second row, Niukore started in the centres eight times for Parramatta this year when he covered for injuries. Niukore signed on four-year contract from 2023