Internationals List of "Kiwi Eligible" Players in the NRL NYC 2015

The Sharks have got some good young talent in their system.Prop Fine Kula and centre Semisi Kioa are in the SG Ball and Frankie Pele a strong prop/2nd rower in the Harold Matthews.I think we'll be hearing a lot more about these guys in the next couple of years.
Reactions: 1 user

95 'til infinity said:
The Sharks have got some good young talent in their system.Prop Fine Kula and centre Semisi Kioa are in the SG Ball and Frankie Pele a strong prop/2nd rower in the Harold Matthews.I think we'll be hearing a lot more about these guys in the next couple of years.
Click to expand...

Think Fine Kula is already getting big wraps was name Harold Matthews player of the year for the Sharks who happen to have won the Comp. Signed with the Sharks till the end of 2016, think a few clubs will be chasing his signature if he dosen't re-sign with the Sharks.
Last edited: Oct 30, 2015 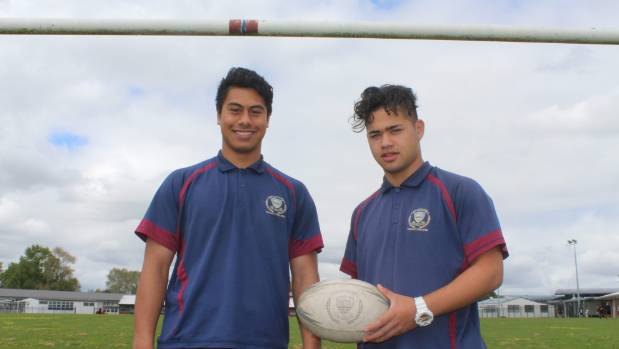 Pursuing your dreams is about making sacrifices.

This is the mindset of two Tamaki College year 12 rugby league players who have both been picked up by NRL junior development squads.

Troy Pulupaki, 17, has joined a Junior Warriors development side as well as the national Kiwis under-18 team.

He was originally a union player but was inspired to change codes by his cousin at age 12.

Playing at lock, Pulupaki has stuck with the code because he prefers its intensity.

"In union there's too many lineouts, kicks and scrums, league is straight into the action."

Jonty Timoti, 16, has been invited to join a Bulldogs development camp in Sydney in December.

He will also train with the Kiwis under-16 team that will play Samoa in January.

The halfback has been in the code since he was 4 and plays his club rugby for the Ellerslie Eagles.

League was passed down to him from his older brothers, one of who is now part of a feeder development club for the Canberra Raiders.

Both players are dreaming of making the NRL and are not naive about the hard work ahead of them.

Jonty says it can be disheartening knowing the talent they are competing against.

"That's what kind of brings you down, but it's just up to us if we want it or not, if we can put in the extra yards," he says.

Troy says they are both aware of the sacrifices they need to make around diet and going out with friends.

They came first in their division after dominating Manurewa High School 28-0 in the final.

Sports co-ordinator Kieran Gutry says rugby league has been successful at the school because of the drive from the students.

"It's a student-led team and it's shown that we can have both a successful rugby union and rugby league team."

Former Junior Kiwis player Jeremy Hawkins has left the Raiders and signed with the Storm. Hopefully Bellamy can work his magic and turn him into a star.
https://www.3news.co.nz/sport/storm-sign-junior-kiwi-jeremy-hawkins-2015110513#axzz3qhQS6tHI

Waipere Takatimu an U15 NZ Maori rep has been attending training camps in Australia with the Gold Coast Titans. Expected to sign with the Titans once he turns 15.
https://i.stuff.co.nz/sport/league/65984064/NRL-club-Titans-show-interest-in-Manawatu-teen
Reactions: 1 user

James Gavet has been released by the Broncos.
https://m.nrl.com/gavet-drew-released-by-broncos/tabid/10874/newsid/90597/default.aspx
Former junior Warrior Adam Tuimavave-Gerrard has left the Dragons and joined the Broncos.
https://m.foxsports.com.au/nrl/nrl-...nrl-market-watch/story-fn2mcuj6-1227584446482
Reactions: 1 user

DZW has signed a 1 year contract extension with the Panthers.
https://i.stuff.co.nz/sport/league/...signs-oneyear-extension-with-penrith-panthers.

Any relation to Manaia by chance?

Jay M said:
Any relation to Manaia by chance?
Click to expand...

Sorry have no Idea.
Reactions: 1 user

Northern Swords player Kawana Marsden a prop, has received a trial for the 2016 Warriors Holden Cup team. Apparently turned down several Australian clubs who where after him.
https://m.nzherald.co.nz/northern-advocate/sport/news/article.cfm?c_id=1503448&objectid=11543464
Reactions: 1 users

Two lads I went to school with, Harlan Collins and Donovan Briggs are in the Sea Eagles and Sharks systems respectively. Donovan has also played games in the Kiwis U16's.

CompletionRate said:
Two lads I went to school with, Harlan Collins and Donovan Briggs are in the Sea Eagles and Sharks systems respectively. Donovan has also played games in the Kiwis U16's.
Click to expand...

Selector said:
Dylan Clark an under 16 NZ rep second rower from last year has signed with the Raiders for 3 years.
Click to expand...

2015 Kiwis train on squad member Matt McIllwrick has left the roosters and signed with the Sharks for 2016.
https://www.sharks.com.au/news/2015/11/20/sharks_signing_mcilw.html

Herman Ese'ese trailing with the Broncos during the preseason
https://m.couriermail.com.au/sport/...tory-fnp0lyn6-1227611376467&memtype=anonymous

Internationals Number of NZ born players in the NYC?