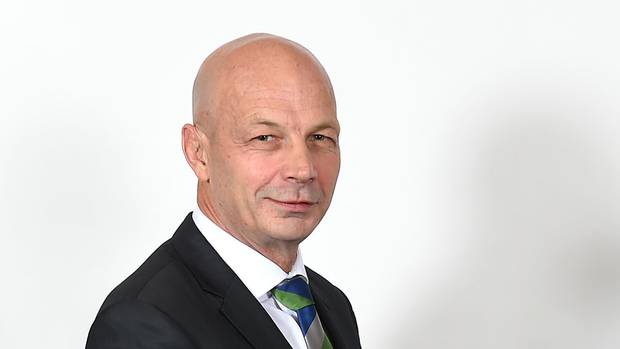 Former head of SANZAR and ex-Hurricanes boss Greg Peters is the new CEO of the New Zealand Rugby League.

The Herald understands Peters will be confirmed tomorrow as the man to replace acting CEO and NZRL deputy chair Hugh Martyn, who has occupied the role since former boss Alex Hayton resigned in March.

The move means a switch of codes for the experienced rugby administrator, who returned to New Zealand early last year after serving just over 18 months as the general manager of the Argentine Rugby Union.

Peters previously spent almost five years as the chief executive of SANZAR after four years at the helm of both the Hurricanes Super Rugby Franchise and Wellington Rugby between 2006 and 2010.

He first began working with New Zealand Rugby in 1998 and worked in different capacities at grassroots and amateur level before taking the step up into the professional arena.

While Peters, like Hayton before him, does not have a league background, his varied skills and experience should assist the cash-strapped NZRL.

During his time at SANZAR he also managed broadcast contract negotiations in 2003 and 2004.

He has recently been based in Wellington but will be relocating to Auckland to lead the national 13-man game forward.

His first assignment looms next month with the Kiwis embarking on a trip to Denver to play England in a controversial one-off test on June 23.

The Kiwis will also host the Kangaroos in Auckland at the end of the NRL season on October 13, before playing a three-test series against England and a lone test against France through November.

Seems a sound replacement with a fair bit of experience in the sports business world.
Last edited by a moderator: May 28, 2018
Reactions: 2 users

RiceOwl said:
Seems a sound replacement with a fair bit of experience in the sports business world.
Click to expand...

Too right. Looks to be an excellent appointment. Baptism by fire with the Denver clash next month...
Reactions: 1 user

Contributor
Whether you like union or not they run a pretty professional organisation, couple of concerning points though
1. The Hurricanes period was when the toxic culture was at its worst, after a few hard decisions post 2010 they finally sorted themselves out.
2. Argentine rugby hasn’t been able to progress too much on a solid base- 18months probably isn’t enough time to make a huge difference though tbf
Reactions: 1 users

Awesome news. Here's hoping that his strong appointment starts to have an immediate positive effect on NZRL. From the things I've heard and the things I've seen, place has been shit show for years. From sound of things he's just sort of person who can change all that and turn things around. Go Kiwi's !

Anyone know why he left the Hurricanes?

Interesting to note that he has experience with broadcasting negotiations. Wonder there are any negotiations with Australia or do they just have a take it or leave it approach???

mt.wellington said:
Anyone know why he left the Hurricanes?

Interesting to note that he has experience with broadcasting negotiations. Wonder there are any negotiations with Australia or do they just have a take it or leave it approach???
Click to expand...

He left the Wellington union to take up the position with SANZAR, then with the expansion he moved to the Argentinian union to guide them into SANZAR.
He's a good fit for us and will surely be able to pioneer is further into new markets such as the USA or even SA now that they officially recognise RL..
Reactions: 1 user
Show hidden low quality content
Share:
Share