Seven lining up for Junior Kiwis

All seven Vodafone Junior Warriors originally selected will line up for the Junior Kiwis against the Junior Kangaroos at Dairy Farmers Stadium in Townsville on Saturday night.

Co-captain Carlos Tuimavave is in the side for the third consecutive year in what will be his last outing for the Junior Kiwis.

Fusitua is still only 17 – he turns 18 next Tuesday – and Hukatai, who turned 18 in July, has become a double international in two codes in the space of a year. This time last year the King’s College First XV winger played for the New Zealand Schoolboys in their rugby union international against their Australian counterparts; lining up on the other wing was Otahuhu College’s Roger Tuivasa-Sheck (Sydney Roosters). Now they’re both set to step out on the international rugby league stage in different positions for the Junior Kiwis, Hukatai named in the centres and Tuivasa-Sheck at fullback.

Apart from Tuimavave and Havili, co-captain Jason Taumalolo, winger Wayne Ulugia and second rower Tohu Harris (Melbourne) return from the side that beat the Junior Kangaroos 28-16 in Newcastle last year. Taumalolo was also in the squad in 2010 and is eligible again in 2013.

Only three of the 2012 Junior Kiwis – Tuimavave, Taumalolo and Tuivasa-Sheck – have NRL experience; the Junior Kangaroos have nine players who have appeared on the NRL scene, including every player in backline. The two forwards with NRL experience are Alex McKinnon and Jack Stockwell.

The teams are:
JUNIOR KIWIS 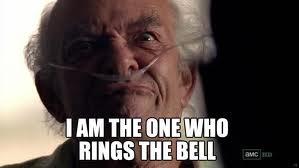 HornbyBrown said:
Is it on TV?
Click to expand...


Unfortunately not. Was looking forward to seeing this game.
Reactions: Choker

Spence said:
Unfortunately not. Was looking forward to seeing this game.
Click to expand...

That sucks and is stupid since the cameras and production crew are there anyway for the main game.
Reactions: mt.wellington

HornbyBrown said:
That sucks and is stupid since the cameras and production crew are there anyway for the main game.
Click to expand...

Would have loved to have watched the game. Dumb call all right!

Anyone got a internet stream to the game?

Junior Kangaroos advanced on the Kiwis during the haka apparently, got a bit heated.

Ranger said:
Junior Kangaroos advanced on the Kiwis during the haka apparently, got a bit heated.
Click to expand...


Just read on facebook we are down 18-4 at halftime.

North Qld are giving updates on twitter since there's no tv broadcast.

we knew that was gonna happen, look at the difference in talent between the teams!