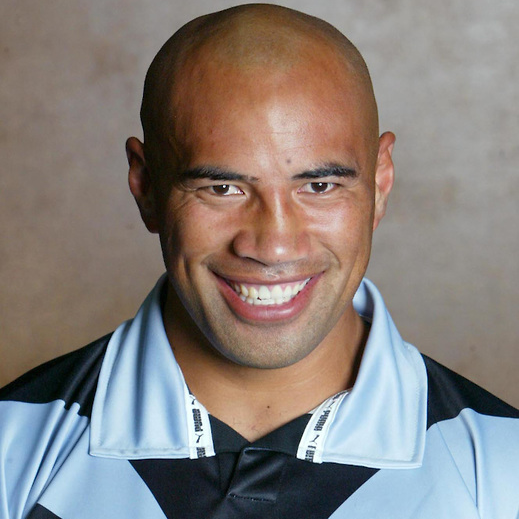 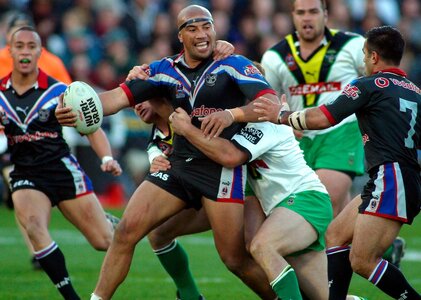 ​
A Mangere East Hawks junior, Seuseu represented the Counties Manukau Heroes in the Lion Red Cup in 1995 and 1996 before joining the Auckland Warriors where he was named Reserve Grader of the Year in 1997 in a side that lost the Reserve Grade Grand Final.

Seuseu then became a stalwart in the New Zealand Warriors front row after Joe Vagana left the club to join Bradford Bulls in 2000, making over 120 appearances and scoring 6 tries.

Seuseu played for the New Zealand Warriors at prop forward in their 2002 NRL Grand Final loss against the Sydney Roosters.

The tough New Zealander joined the Wigan Warriors at the start of the 2005 season.

Seuseu played for Samoa at the 2000 World Cup.

He later represented New Zealand's national side 11 times, locking horns with Andy Farrell and Adrian Morley during the first Test against the touring New Zealanders at the end of 2002.

45 Paul Staladi - ??? 2007 was working at Blomfield Special School & Resource Centre in Whangarei NZ. UPDATE - 04/07/15 Paul Staladi is living in Palmerston North and is contracted as an army chef at Linton Army Camp. Away from work he enjoys fishing and Brazilian Jiu-Jitsu. Pics below are...

Back in 2015 Jerry was the Warriors Welfare and Education Manager. He took a similar role with NZRL in May 2021 and left his role at the Warriors in January 2022 only to start up again in June 2022!?