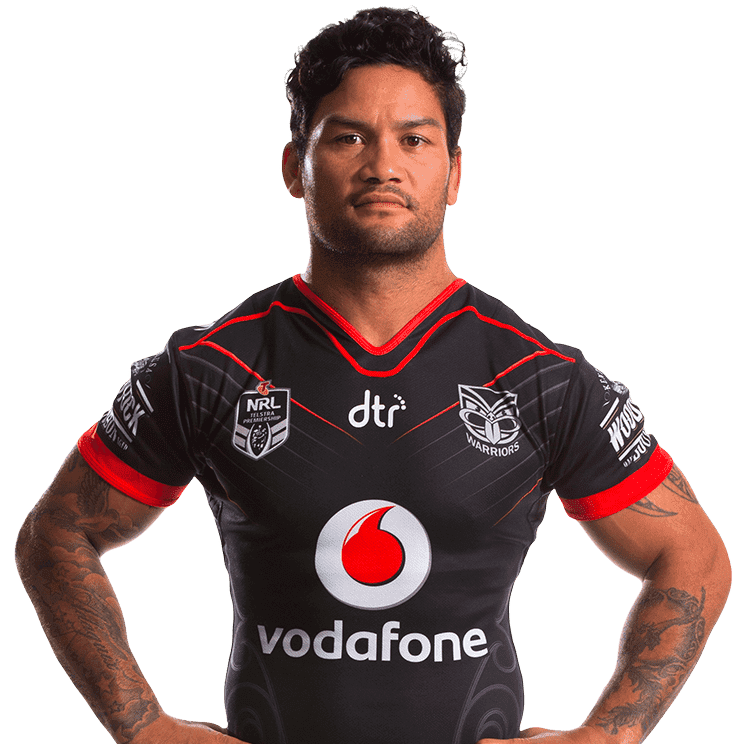 ​
When Isaac Luke was subbed with four minutes to play at the Sydney Cricket Ground last Sunday, it was a timely reminder of how his role has expanded in this year's National Rugby League (NRL) - not that he appreciated the rest.

After Luke was summoned to the bench in the dying stages of South Sydney's 50-10 rout of the Wests Tigers he walked slowly towards the Member's Stand before backtracking to the sideline, reluctant to miss a second of the action and gutted not to be out there when the hooter sounded.

"I was pretty filthy actually. I felt I could have given more to the team," he said, despite playing his part in the Rabbitohs' heritage round victory.

The Kiwis hooker was a constant menace around dummy half, sniping 142 metres as Benji Marshall's Tigers were run ragged.

He also booted seven goals and had a try disallowed after a crafty knock down was detected by the video referee before his weaving run to the line.

But not being able to play out the full 80 minutes for the first time this season still grated with the 22-year-old.

"I guess I was slacking. Langy (head coach John Lang) only pulls you off if you're not doing your job."

However, there is no doubt Lang has been satisfied with Luke's contributions since he made him a fulltime feature of his game plan - an integral link man with fellow playmakers John Sutton and Chris Sandow.

Luke logged 24 appearances last season but frustratingly, Lang's predecessor, Jason Taylor, did not have as much time for the Hawera-born father-of-two, pigeon holing him as an impact player.

"In the pre-season Langy said 'I'll give you a shot as an 80-minute hooker' and I haven't looked back.

"I've got a bit more time to try something. Last year I only got so much time then I'd come off, warm down and when I got back on the field I couldn't get back into it."

Continuity has not been an issue for Luke so far - his statistics stand up to scrutiny and cast his as one of the main dangers when the Rabbitohs play the New Zealand Warriors at Mt Smart Stadium on Sunday.

Only twice this season has Luke failed to provide more than 100-metres of go forward for the fifth-placed Rabbitohs.

The Roosters held him to 79m in round one; Parramatta to 86m in round six -- coincidentally they were the Rabbitohs two heaviest defeats of 2010.

Luke has also been prominent in defence despite his stature -- he racked up 33 tackles against the Eels but is best remembered for body slamming Bulldogs prop Jarred Hickey, despite the front rower outweighing him by 32kg. Hickey ended up hospitalised after coughing up blood.

Luke downplayed the sting in his defence and admitted he was more concerned about finessing the Rabbitohs offence against the Warriors after it showed signs of clicking against the Tigers.

"It's only really happened in the last game. Sutto (five-eighth Sutton) is just starting to get back into his footy (after injury) so we're still working on our combinations and figuring when we're going to attack."

Souths travel to Auckland without injured captain and prop Roy Asotasi and Queensland State of Origin debutant Dave Taylor but Luke was confident their absences could be covered by Scott Geddes and Christchurch-born second rower Eddy Pettybourne.

"We've got a lot of depth in our forward pack. I've got faith in those guys," said Luke ahead of one of his favourite away games.

"The family doesn't get across the ditch that much," he explained.

"It's the only live performance I can give them."

About a dozen family and friends will make the trek from Taranaki on Sunday - and one day Luke hoped they might see him on a more regular basis.

"I've always wanted to play for the Warriors, hopefully one day I will," he said, reiterating he was happy at the Rabbitohs.

"I really want to stay here. It's a club for the future, there'll be a lot of future legends coming through this side."

Give him 400k and see what he says, he'd be worth every penny. Luke would be an amazing player for us. I dont think he'll ever leave the bunnies though

Worth every penny, hell yeah. I wouldn't be letting him re-sign without at least throwing a bone his way (maybe some money too). We desperately need at least 1 player ranked in the top 5 of their position in the 1,6,7,9 area.

One day....that better not mean 'one day when im 30+ and looking for a retirement fund'.

I'd take what he said with a grain of salt. There's no doubt that he feels an affinity with the club, (and he was probably the most outspokenly passionate player after Fai passed on), but I suspect it's a matter of him saying "yeah, I'd love to go to the Warriors", and then "oh crap, contractual obligations - I really shouldn't have said that!"

He said he's looking to re-sign for the Rabbitohs next year, personally I can only see him coming later on in his career when he's past his prime.

We should start blooding Mara this year, hopefully his form in the Vulcans picks up a little soon.

I'd love him to sign with the Warriors this guys motor is on all the time. Could be gamesmanship from Issac to pump up his asking price at the Rabbits.

Wouldnt be too upset if he stayed there, not because I don't want him here, but because one club players are better then mercenaries.

That said...throw money at him. MAKE IT RAIN.

sign him . give him all of pricesy money .he almost single handedly won the game for the tohs...hes a genius

Love to see Luke at the club, the way we suited Mateo to sign, I wouldn't put it past us signing him. That Mateo signing has given me some confidence in our signing ability. Especially if Luke has any longing to go home, that would be our best angle to work on him signing for us.

Apparantly Luke is now considering an offer to go to the eels in 2012 rather then re sign with the bunnies (hmmm is this a drive up his price ploy ala Matai). Regardless I think the Warriors should be putting a very very large offer his way, Luke would be a great buy

Luke recently said he'd like to come to the Warriors, I think he hinted later in his career though (read between the lines: get a sweet contract once I'm 33 and crap).

But yep, I haven't heard that, and I guess Kearney will be having a word in his ear, I hope the Warriors do put an offer in.

RRG said:
Apparantly Luke is now considering an offer to go to the eels in 2012 rather then re sign with the bunnies (hmmm is this a drive up his price ploy ala Matai). Regardless I think the Warriors should be putting a very very large offer his way, Luke would be a great buy
Click to expand...

Ivan is in love with Aaron Heremud....there is no need for a quality hooker like Luke

Its stated in the paper today he will be loyal to the bunnies as they gave him his start and sign with them, although he did say he would be happy to play under Kearney at the Eels, but see's his future as a Bunnie

His comments about the Warriors a week or two ago were, by all accounts, geared to increase his pay packet, and good on him for helping to steer the market.

I'd love to see him here one day, but he has plenty of time on his side.

WOW... just proves how much of a grubby little sod this guy is.

He needs to forget about the grubbiness and concentrate on his defense which is getting worse and worse.

"I don't like that dirty name. It's not what I am," he said. "But from the outside looking in I probably would have said the same.

I think that pretty much sums him up as a player... always chucking in the cheap shot to get a reaction!
Show hidden low quality content
You must log in or register to reply here.
Share:
Share