Another story that deserves to be posted and not lost in another thread that will get locked sooner or later... Thompson, one of four new arrivals at the club for the 2015 season, didn't start playing league until his late teens.

He grew up in Tauranga, where rugby was the only game in town, but failed to stand out in the 15-man code.

"I played it my whole life [but] I wasn't much of a rugby player," laughs Thompson. "I was a really fat kid ... I played prop."

Thompson came through the grades with Luke Braid, who has gone on to captain the Blues, but didn't reach the heights of his school mate.

"Luke always dominated - he was pretty good," says Thompson. "I didn't get any higher than 2nd XV."

At 17, Thompson emigrated to Australia with his mother and stepfather. He enrolled at Keebra Park High School on the Gold Coast, a renowned league nursery that has produced the likes of Greg East-wood, Benji Marshall, Ben Teo and Robert Lui.

"I was surrounded by league so I thought, 'I'll give it a crack'," Thompson said. "When I left [New Zealand], I wanted a change, so I went over to Australia and fell in love with rugby league ... I've been pretty lucky.

Now he has come home, going against the grain of most Kiwis who seek their NRL fortune across the Tasman.

It also feels like he has arrived at Mt Smart at just the right time, after a steady rise through the NRL.

Thompson made his debut for the Titans in 2009 and accumulated 49 matches at Robina (including two playoff games) before moving to the Tigers in 2013.

His game went to another level with the Sydney club, particularly last season, when he made 21 appearances and scored six tries.

"With Bodene, you know that if we play for 80 minutes, 90 minutes or 100 minutes, he'll want to play every second," said Warriors assistant coach Andrew Foster. "He averaged 77 minutes a game last year. He is an extremely durable player and that gives us a lot of options."

Thompson has settled in well and been impressed with what he has found in Auckland. The 26-year-old has no doubts the Warriors can move from being an 'almost' club to title contenders.

"Cappy [McFadden] and his team have a real focus on raising the standards," Thompson said. "They are driving that day in, day out. It's all about not clocking off, a never-say-die attitude. If you are walking at training, you'll find out about it."

With Ryan Hoffman established on the left edge, the 1.85m, 107kg Thompson will be duelling with Ben Henry for a second-row spot on the right side. His versatility also means he is a viable option at lock to cover for Simon Mannering.

"He is very aggressive and you could play him anywhere," said Webster. "I can't talk enough about how much he competes - he competes for every little scrap from the word go."

Apart from a "relentless" pre-season, Thompson has made the most of the summer. He has enjoyed several trips back to Tauranga to see family and spent time fishing and diving.

"We use long-lining off a kayak [or] dinghy," said Thompson of the fishing expeditions with his father and mates.

"It's also great diving for kinas, crayfish, paua. Just basically anything, being outdoors. I used to go diving a bit near Wollongong but it is definitely better here."

Not saying Sebastine Ikahihifo will necessarily be in the XVII for game 1, but we badly underestimate his potential IMO. When the Warriors went on their charge last year, I thought defensively we were much better, and at that point, Seb was leading the line speed with vigour and intent. Coming through NYC, I thought he was the better backrower compared to Ben Henry.

Good story on Bodene Thompson, he was a good quality (and unexpected) pick up in the off season.
Reactions: ShaunJohnson7, surfin, Defence and 2 others

Iafetas Kickstand Wang said:
Not saying Sebastine Ikahihifo will necessarily be in the XVII for game 1, but we badly underestimate his potential IMO. When the Warriors went on their charge last year, I thought defensively we were much better, and at that point, Seb was leading the line speed with vigour and intent. Coming through NYC, I thought he was the better backrower compared to Ben Henry.

Good story on Bodene Thompson, he was a good quality (and unexpected) pick up in the off season.
Click to expand...

i think seb will be better this year. he came out with a bang in some games. i just think at the back end the NRL season took its toll on him and he just looked plain tired.

Not flashy by any stretch but already seems an upgrade on Jason Bukaya.
Reactions: eX | Machina, ryno and Miket12


Cronulla Sharks skipper Paul Gallen will step back into the ring to take on New Zealand Warriors backrower Bodene Thompson in November.
Source:
AAP
22 Sep 2015 - 10:30 AM UPDATED 52 MINS AGO

Gallen told Sky Sports Radio he is set to take on Thompson in New Zealand on November 3.

Gallen, who has a 3-0 professional record, will face an interrupted lead up to the bout with his ankle in a brace following the Sharks' 39-0 semi-final defeat to the Cowboys on Saturday night.

"I've got to get my ankle better," Gallen said.

"I'm in a brace for a week or two with that, so the preparation for the fight might take a bit of a hit there.

"In two or three weeks I'll be right with the ankle and get into training."

Good on Thompson or having a go....it won't do his fitness any harm.

I like the way Gallen fights, he wouldn't be an easy guy to take on in the pub.

Thompson I don't know anything about.....fight wise.....hopefully he got game.
Reactions: ShaunJohnson7, OMG and runituptheguts

Would of liked to see Gallen fight that Southland rugby player that knock out the Brown Butter Egg
Reactions: ShaunJohnson7 and Sup42

Vodafone Warriors back rower Bodene Thompson is set to step into the ring for just the second time after agreeing to face Cronulla captain Paul Gallen in boxing's Super 8 event at the SKYCITY Convention Centre on November 3.

Thompson's only other fight was for charity in 2011 when he honoured his brother, who was just 16 when he lost his battle with cancer.

The Tauranga-born Thompson spoke to Vodafone Warriors TV about the challenge of not just getting in the ring again but also taking on Gallen, who has a 3-0 professional fight record plus two victories in charity bouts.

It’s a big step up from his first fight, which was fought over three two-minute rounds; he's scheduled to go four three-minute rounds with Gallen.

Thompson has been back training this week with other Vodafone Warriors team-mates who are in the Kiwis' train-on squad preparing for the end of season tour to England. He’s also set to start working with veteran boxing trainer Lolo Heimuli next week for his Super 8 debut.

Thompson’s priority is to make the Kiwis. If he does the fight against Gallen won’t go ahead.

Skip to 1:10 for Bodene Thompson interview or 2:47 for his first professional fight...

He can move around the ring and duck n weave okay but gee he leaves him self open alot.
Toggle signature
Kiwi @ Heart, Aussie By Need.
One Team One Dream

From Scott Prince to Paul Gallen.

I know who I'd rather fight.

Cheers for the Intel on Thompson.

Big step up indeed.....still....at least he has been in the ring period.

He will know how hard it is and how much of an extra challenge this fight would be.

Controlling his breathing will be hard over the extra round / minute per round....

Good luck to him.

There are ONLY 100 FIGHT PIT (GA) tickets available for public sale for SUPER 8 live at SKYCITY Auckland on Nov 3.

On sale now for only $99+GST at www.vslive.co.nz

has he fought yet ? the draw on their site doesnt list the gallen fight

Note that the stream will geoblock any NZ or PI countries users from accessing the stream. Some people use VPN to bypass the geoblock.
Toggle signature
“Insanity is doing the same thing over and over again, but expecting different results.”​

Bodene Thompson, who grew up in Tauranga, will swap his boots for boxing gloves in a big Super 8 fight in Auckland tonight. Photo: Getty Images

Bodene Thompson is not worried about his lack of boxing experience ahead of tonight's Super 8 fight in Auckland against Australian rugby league hardman Paul Gallen.

New Zealand Warriors second-rower Thompson, 27, had just one fight back in 2011 while State of Origin legend Gallen is undefeated in five, including three professional bouts.

But Thompson, the first NRL player to come from Tauranga after growing up in Welcome Bay and attending Tauranga Boys' College, is not fazed.

"I don't look at it as a problem, I look at it as a challenge. I am just really excited about it and hope that it all goes to plan. I don't really get nervous these days. I am a bit of a chilled character until I have to go into battle," Thompson said.

"My dad will be driving up with my brother from Tauranga and there will be a few others coming up. I have some family that came over from Australia, as well, and they are all as excited about the fight as I am.

"I have been training with Lolo Heimuli out of City Boxing. It has been a lot different and almost like a breath of fresh air. It has all been about what I do and what I can bring to the table. I haven't really looked at what he does and how to stop him. I will just do what I do best."

Not surprisingly, Gallen believes his superior experience will be a key factor in beating Thompson tonight.

"It will be important knowing that I have been there and done it before. That experience will hopefully be able to shine through. But we have just finished a football season so are coming off a month's preparation," Gallen said.

"He is going to be tough, there is no doubt about that, and from what I have heard he is very, very fit as well. Going the four rounds is probably not going to be an issue for him."

Thompson admits to disappointment at missing selection for the Kiwis tour to England. He will use yesterday's loss to England in the first test as further motivation against Gallen tonight.

"It is something that will bring out a little bit of inner fire. I would love to have been there but you can't control what happens there. But when I found out about [non-selection], I knew I was going to fight so was extremely happy about that."

Thompson and Gallen have played against each other many times in the NRL but they both say there has never been any biff or niggle between them. 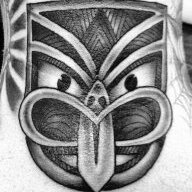 Gallen won by unanimous decision, was much closer than the judging scored.
Toggle signature
"The ball skills of a lesbian"
Reactions: snake77, Sup42, mt.wellington and 2 others
Show hidden low quality content