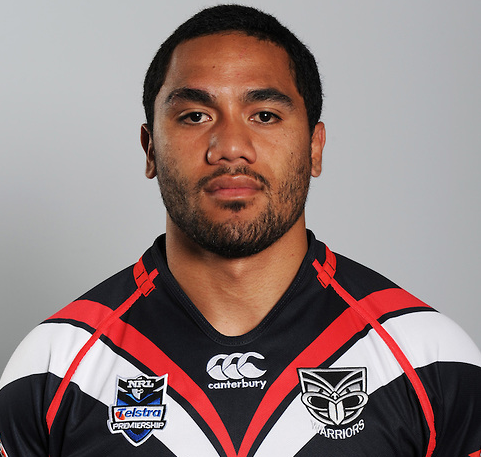 fanrrior said:
I liked your post just so I can unlike it

You're a good sport..
Reactions: fanrrior

I always said toopoo looked better suited to centre- not quite fast enough for wing but quicker than most centers- strong runner with good footwork but looks like a total gumby trying to field kicks- I was always waiting for the Benny hill music
Reactions: Xfactor and snake77

Defence said:
I was always waiting for the Benny hill music
Click to expand...

Geez just imagine with some of the brain explosions we've seen over the years if that starting beaming through the grandstands.

The first 70 minutes of the record loss to Penrith looks great when played at double speed to the Benny Hill music.
Reactions: Zarjaz, snake77, rugged and 3 others

Contributor
when they play next week hes on the same wing as Manu isn't he? That could be very entertaining - the beast vs the mini beast. I tried to watch the game but I just cant bring myself to watch a canbera team unless were playing them

Bill isn't the mini beast.. Although actually when you think about it, he is pretty much what Manu would be if he weighed 20kg less.. And suddenly I understand.

That 1 point in Dreamteam he got could have prooved the difference for a Bill Tupou fan!
Reactions: Beefcake

gREVUS said:
when they play next week hes on the same wing as Manu isn't he? That could be very entertaining - the beast vs the mini beast. I tried to watch the game but I just cant bring myself to watch a canbera team unless were playing them
Click to expand...

I'd rather Manu was facing someone he didn't respect.

wallacenz said:
sounds like tupou had a good game.

good on him, maybe centre is his position. did the warriors ever give him a run there? i remember posters posting he went ok there in the vulcans a few times
Click to expand...

Yeah we never gave him a game at center.

Shame he debuted against Manly , playing the Eels he might have bagged a Try ( Matai held him up ) some nice passes and Tackles from Bill.

I think he did something like that Run against the Panthers , went psycho and beat seven tacklers.

This time he just busted their line and went from his own ten meter to about half way and passed to get them big meters , If we think back Bill did that a lot for the Warriors ( big runs ) just horribly exposed on the wing.

With the right coach perhaps he could be a hell of a center / one of the real danger running men.
Reactions: jsmooove, Est95 and Hitman82

Reactions: Inruin, Vancent, Worried2Death and 15 others

Reactions: YeahNah 4020, Worried2Death, Hazman and 5 others

Contributor
Just a question, but did Toops ever have a crack at the centres for us?

Mr Frank White said:
Just a question, but did Toops ever have a crack at the centres for us?
Click to expand...

I think he played centre.

So good to see him fulfill his potential after the shit he used to cop here as a young rookie, well done Bill.

This news should cheer Ata Hingano up too, look what you can achieve after the Raiders have ruined you.
Last edited: Jan 6, 2019
Reactions: YeahNah 4020, Defence and RiceOwl

Well done Billy. Nice to see some success after the torrid time he had here. I seem to recall he did play centre a couple of times but his defence was the same as on the wing. Could have been U20 though
Reactions: Worried2Death

Wow, it’s good Bill Tupou has found his place. Much like Patty Ah Van and even Tommy Leulaui has. I hope Lolohea and Hurrell goes well there!
Reactions: Defence, snake77 and Worried2Death

TBF he was just disgraceful at defence while here. He got hooked during the 2013 preseason trial against the Panthers when Tyrone Peachey took him to school repeatedly. He never did recover after that and was dropped to NSW Cup by Matt Elliott. After his performance that day it was the only option. Elliott favoured players like Glen Fisiahii and Ngani Laumape over him though I do remember Tupou playing on Manu Vatuvei's wing when the big guy was injured.

Happy to see him go well these days but lets be honest, its only Super League. Even Konrad Hurrell is going to be a star over there...
Reactions: matiunz, shuffle, Worried2Death and 4 others