wrighty said:
Do you mind sharing

a) Who you originally had in the top four
b) Who you now have?
Click to expand...

My top 8 at the start of the year was probably:

The top 6 I was expecting in the 8. Not sure of the order things would work out. The last two were more because the Eels had made it the year before. The Raiders more because they usually come right every second year and I thought they would be mid table so could come close.

I usually pick the 8 by starting with the sides you know are typically consistent and will make the 8. Usually the big sides from the year before.

The bottom I was thinking maybe the Titans, then Bulldogs and Manly.

I personally had no idea where we would end up. I've been pushing for us to sign in bulk to rebuild for a while after seeing other clubs do it. As we were signing I was getting quite confident that we could surprise. As we got closer to the season I had more question marks over if collectively the signings would work or we'd need time to gel. The analysts writing us off might have played a part as well. Even then I thought maybe mid table and push for the last two slots in the 8 if we were lucky, just I thought some of the other teams I had mid table would be better than us. Still a long way to go and happy to see them exceeding my expectations.
Reactions: 3 users

Big surprise is the Pop gun attack of Chook forwads

Not bad ..
We still have origin .
Its always good for us .
Reactions: 2 users

win those , keep that buffer between us and the rabble !! lol
Reactions: 2 users

If we beat the Tigers there will be some breathing room between top 4 including Warriors and the rest. If we lose then we will be back battling with the pack for top 8.

Contributor
Its getting to that WLWL stage of the year, apart from the dragons and storm, how many teams do you really have faith will win every week?

The cowboys will eventually get some wins, the in form rabbits got beat by the injury hit broncos, last place eels got a win, the knights won without their marquee half, but you wouldn't necessarily back any of them to win again this week.

Those close wins over the raiders and dragons will be gold further into the year, even if we go win-loss-win-loss for a while, we will still be sitting in and around the top 4.
Reactions: 3 users

Contributor
can see knights and tigers dropping out and sharks and broncos coming up.
Reactions: 1 user

With 24 games in a season, the competition can be nicely split into three groups of 8 games.

In our Finals drought (including this season) we have played 19 groups of 8 games (Seven first 8, Six Middle 8 and Six Final 8)


So, quite clearly the requirement was to improve our first and last 8 games while maintaining our middle 8 history.

Before this season, we had not won more than 3 of our first 8 games during the current finals drought. We have doubled that in 2018 to win 6.

This would give us 11 wins with 8 games to play.

It is highly unlikely for a team outside of the top 4 in the Mcintrye system to win the competition (It has never happened), so we simply must make Top 4.

Throughout our Finals drought, it has taken an average of 15.2 wins to make 4th place (and not less than 14 wins).

We would need to win approx 4 - 5 games of our last 8 to make top 4. However, it does look as though we are specials for the Top 8.
Reactions: 9 users

Well were entering the 2nd 3rd of the season ..4 games away from our bye round and half way mark...

Next 4 rounds be interesting as some of the top 4 teams clash. Could allow teams like Broncs or Bunnies to sneak up.

So long as we keep doing what works and bounce bak from last weeks loss.. and more importantly focus on SKs process then 4 wins is certainly on the cards..

Inruin said:
can see knights and tigers dropping out and sharks and broncos coming up.
Click to expand...

just cant see the Kngights and Tigers, who both have been impressive in the opening couple of months, being able to sustain the results.
Reactions: 1 user

Inruin said:
just cant see the Kngights and Tigers, who both have been impressive in the opening couple of months, being able to sustain the results.
Click to expand...

Lol, I'd prefer to direct all discussion about the Tigers to after this Saturday....

But, I agree with you. If the Tigers can't get the other team into the grind they have struggled. Hence two of their three losses have come in reasonably high scoring affairs. The diffuculty with grinding matches make you susceptible to losing late - aka their third loss to Brisbane (9-7)
Reactions: 1 user

Makasene said:
With 24 games in a season, the competition can be nicely split into three groups of 8 games.

In our Finals drought (including this season) we have played 19 groups of 8 games (Seven first 8, Six Middle 8 and Six Final 8)


So, quite clearly the requirement was to improve our first and last 8 games while maintaining our middle 8 history.

Before this season, we had not won more than 3 of our first 8 games during the current finals drought. We have doubled that in 2018 to win 6.

This would give us 11 wins with 8 games to play.

It is highly unlikely for a team outside of the top 4 in the Mcintrye system to win the competition (It has never happened), so we simply must make Top 4.

Throughout our Finals drought, it has taken an average of 15.2 wins to make 4th place (and not less than 14 wins).

We would need to win approx 4 - 5 games of our last 8 to make top 4. However, it does look as though we are specials for the Top 8.
Click to expand... 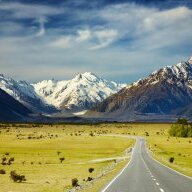 It really comes down to the final 6-7 games for me. We have kicked off with a great start. We have some injuries to players that are key to our success and are a big loss. We have the depth but I'm sure there will be more frequent losses. Every team has their injury problems and in the past we have been so far behind the eight ball that we have had to play catch up at the end and we have imploded. I dont really care if we go WLWLWL or so for the next few games and slowly slide the ladder a little. Get our injured guys back. Get them back into form and then hit the last 6-7 rounds and hopefully we will have climbed back up in to a good spot and into good form and a steele to keep winning all the way. That back end of the normal season we need consistent wins to gain the confidence we need to go all the way. So if we are not that great now, im not fussed. Learn. Build. Take the games we should def win and then make our final kick.
Reactions: 1 users

We haven't been this good since Daniel Anderson was coach and he needed a year to get his line up really cranking.

With the number of injuries, especially Isaac Luke, I think we will be doing incredibly well if we maintain a fifty percent win record, as eudebrito points out that would keep us in the top four / there or thereabouts Chief makes the same argument....and boringly so will I.

No really soft games for us so far which is why so many of us can see the light at the end of the tunnel once our full compliment of troops is on board, we probably go on to beat anyone....anyone at all later in the year.

Round one a hard game in Perth against a big pack in serious heat. One man gets sent off, bloody hard game.

Round two we get the early season optimistic version of the Titans, that was no easy game.

Round three the Raiders was a bloody hard game one man sent off.

Round four the Roosters played like shiet and that could have been an easy game had we played it at their level, but no the Warriors efforts were described by Blocker as "relentless".

Round five we face the spirited version of the Cowboys who run some ridiculous super high completion rate on us.

Round six we get our Asses handed to us after running flat, that was a tough loss, we didn't capitulate, we lost.

Round seven we simply out work the Dragons, play without a half back for ten minutes, and look like truly the best team in the competition.

Round eight well you all know what happened there, the Storm were flukey good like the 2003 Warriors vs the Bulldogs, ball on a string, total destruction...but our boys dug in so at least they could fly home knowing they wrestled control back.

This has in other words been an epic season to date, a season of the envy of most of our competition.

The break is like an extra Bi round, but it came at great cost to our side.

No Isaac Luke equals no go forward and that means no wins.

Fifty percent wins out of our next run till Luke is back looks like tough ask, Luke is the metronome of this teams music.
Reactions: 3 users

They talk about the NRL being a close competition but that ladder is ridiculous.

Seven teams, nearly half the competition on fourth equal,

Two Losses by teams one and two and you are sucked into the quagmire.

You could be near the bottom in a fortnight.

That type of picture is perfect for the leaders if they have a repeat of the first third of the season...very quickly they can pull away now and leave the rest battling for the lower eight.

But heck....who would be silly enough to predict a 77 % winning record wot wot
Reactions: 2 users

I could see Raiders coming up and knocking down a severely depleted Sharks. Tigers have done well, but I think they will begin to slide back down the ladder now. Who replaces them is anyones guess. If the Cowboys get their shit together, they will get there. Broncos is another tough team to place. They've got serious issues with their halves pairings at the moment and that looks to continue given Bird was hooked during their game against the Dogs last week.

The Knights would've been a contender for a top 8 if Pearce wasn't injured. They've got no one steering the ship. Lamb, Watson and Cogger are just not game managers. While brilliant, the heroics of Ponga will not be enough to get them inside the top 8.

Top four teams will jostle for positions. Dragons will finish top. Where the other 3 teams finish is anyones guess.

The bottom four teams will jostle for positions but will remain in the bottom 4.