drunk_monk said:
HOW DID HE HOLD THAT?
Click to expand... 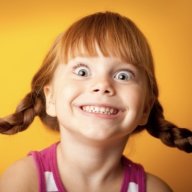 Contributor
These are real Warriors.


Shit. Back to the drawing board NSW.

Would love to see fafita get knocked the f out right now.

This is awesome. Up the Queenslanders
Reactions: 4 users

Jesus strups/rakes vs loose carries are a massive grey area in this damn sport.
Reactions: 1 user

lol @ Pearce. Another L to his name
Reactions: 2 users

Just shows what you can achieve in this game if you have 17 lads with the right mindset and all pulling together. If you look back over the history of SOO I'll bet you can point to a good few games when Queensland have pulled through on this and not necessarily on talent
Reactions: 1 users

The shit talkers seem to be silent.

We told you one win doesnt get you the shield. There is a serious state of delusion in the NSW camp and media.
They just oooze arrogance from every pore. Yet they simply don't have the players to combat what is the most dominant period in origin history.
A bit of humility might set them on the right track.
Reactions: 3 users 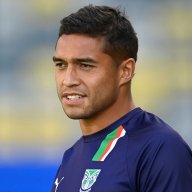 Contributor
How many lawn chairs can one poor guy support..warriors, blues, kiwis, nsw.

Great game queensland. Nsw compress defence immediately in disaray with qld going 2 wide early on, then bringing angles back through the ruck once they'd spread them out.
Smith/Cronk/Slater on another planet off the back of a hearty pack performance.
Reactions: 1 user

Trugoy said:
Well our 6 is sorted for the next 10 years
Munster!
Click to expand...

I think we have found another Wally Lewis Gents! Solid number 6 in all aspects, but when the special moments are needed he has executed to perfection, OH YEAH
Reactions: 1 user

No Scott;
No Thaiday;
No Inglis;
No Boyd;
No Thurston;
NO PROBLEM!!!!
Reactions: 3 users

Pretty incredible effort. The funny thing is, it could have, and should have been more. Smith absolutely blew a dead cert - when's the last time you read that sentence? - and there were a couple of others that easily could have been with a little more passing accuracy and quickness.

QLD forwards stood up big time. They were enormous. Macguire just about man of the match for me, what an absolute monster. I think a lot of people probably though they'd struggle to replace the insane work rate and physicality of Parker... well, they did. Hess, Napa, Gillett, Wallace, are amongst the best young forwards in the game. There's no real sign of Queensland slowing down.

I thought the outside backs were pretty magnificent too... they always looked dangerous with ball in hand. Gagai is such a good player, and Chambers probably is the best centre in the game, Holmes is electric... again QLD is in good hands in that department.

And then that spine... with JT, those 3 Storm players probably form the greatest spine of all time.

So, while there might be a changing of the guard occurring, that same Queensland spirit seems to keep shining through.
Reactions: 2 users

Hardyman's Yugo said:
Just shows what you can achieve in this game if you have 17 lads with the right mindset and all pulling together. If you look back over the history of SOO I'll bet you can point to a good few games when Queensland have pulled through on this and not necessarily on talent
Click to expand...

It is probably worth more to Queenslanders. The little brother syndrome.

How good was Munster - young fella coming into the arena like that and playing like he did - tough guy, he's made for origin. Absolutely loved watching the game, stayed up late with an early start but well worth it and glad i did. Hats off to the Queensland team, guys are awesome, been a supporter since back when i lived there.
Reactions: 3 users
Show hidden low quality content
Share:
Share