Heard word that the Members Forum will be held next Tuesday. I implore all members who can get to Warriors HQ to please attend. I plan on asking some very serious questions and would like for fellow Members to attend and voice their concerns about the current state of the club. Especially with the coach and owner shambles thats being played out in the media.

This is an embarrassment to us and we all need to make a stand. Please attend and make yourselves be heard.

Look for club emails in your inbox soon...

BTW, Warriors HQ staff ghosting this site, dont back out. You have already been made to look cowardly. Dont shit on the fans yet again!
Reactions: 7 users

mt.wellington said:
Heard word that the Members Forum will be held next Tuesday. I implore all members who can get to Warriors HQ to please attend. I plan on asking some very serious questions and would like for fellow Members to attend and voice their concerns about the current state of the club. Especially with the coach and owner shambles thats being played out in the media.

This is an embarrassment to us and we all need to make a stand. Please attend and make yourselves be heard.

Look for club emails in your inbox soon...

BTW, Warriors HQ staff ghosting this site, dont back out. You have already been made to look cowardly. Dont shit on the fans yet again!
Click to expand...

Don't forget to mention the away memberships.

PS, sorry about the other day, it was uncalled for, and I went too far.
Reactions: 1 user

Would love to get another recording like last year for those of us who won't be able to make it
Reactions: 3 users

Was going to break it down but then I started basically transcribing it and it was becoming too much of a task. Heres the link though:

Turn it up and listen carefully. Had the phone on the ground. Its almost 2 hours long but very well worth the listen...
Reactions: 6 users

Far out, less than 90 seconds into it before the clarity that McFadden brings to his role is mentioned. With that one aspect of his coaching being mentioned so often, it really highlights to me how much that area has been an issue.

Mt Wellington, you're a bloody legend for recording this - I'll be checking out the whole thing as I get the time.
Reactions: 1 users 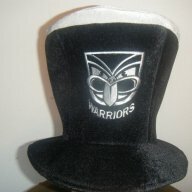 Great work Mt Wellington, I had another person email me a recording yesterday, so have now listened to it a couple of times. I also attended the Sunday meeting at Eden Park which was in essence a briefer version of Tuesdays meeting, a dress rehearsal if you like.
I'm pretty happy with what I heard, maybe it's my rose tinted glasses, but it sounds like the club is on the right track and judging from the performance on Sunday onfield and the Cappys comments in the Herald today https://www.nzherald.co.nz/sport/news/article.cfm?c_id=4&objectid=11239551 we are hopefully heading in the right direction.
Reactions: 3 users

Contributor
Thanks for posting, well worth a listen, really interesting stuff even for the non-auckland, non-member like me.
From the sounds there is a lot of hope invested in McFadden, not sure if there are too many places left for them to turn if he can’t get the players performing, seem very confident in him.

Bagging the media for reporting ‘club in crisis’ last week, sports media in nz is either sycophantic (all blacks, americas cup) or oblivious and uniformed (almost all other sports, cricket writing possible exception) calling them out for shite reporting is fish in a barrel Wayne, most weeks they can’t even match the caption of a player to the picture.

The jerseys, while its accepted that producing 6 or 7 jerseys is an important revenue stream, it doesn’t mean the team should actually wear that blue Eden park monstrosity more than once.

Dean Bell does sound a smart and practical character, even slipped in a roosters salary cap rorting joke. Recruitment targets are sensible, no giant aggressive prop was mentioned though.

They speak well in that environment, hard not mellow towards Scurrah a bit, although why he couldn’t have just said “we asked Matt to resign and he agreed” in the first place instead of just “he resigned”, would have made it clearer for people last week.
Reactions: 1 user

Thanks very much Mt. Wellington for that, I'm sure everyone on this forum really appreciates this kind of thing - I know I do.

On the forum itself, for the most part, it was things I've heard before - not that they don't bare repeating, mind. Sometimes it's good for the fans to hear things from the perspective of the management, even if its been said before, to erase some misconceptions. The stuff about recruitment, jerseys, stadiums, etc is all stuff we've heard before, but it's always good to bring clarity to these kinds of things, especially after the week that's been.

One thing that stood out to me, was when they were referring to the work ME did, reforming the place. They said, as a coach, he invested more time with the lower grades than any other FG coach they've had before. Obviously, this was all to do with MEs vision of bringing all grades of the club into alignment - this as they said, and we all agreed, was essential for taking the club to the next level. What I thought was a little odd though, was when Bell was talking about McFadden, he was saying that he would be concentrating solely on the FG side. If that's the case, doesn't that have the potential of letting the lower grade sides get away from the overall plan of everything aligning with the FG side? Shouldn't McFadden oversee all levels of the club in that regard? Just a minor observation.

Loved the fact that Bell said Cappy saw Simon's future in the middle… he'll become the best defensive 13 in the comp in very little time, and moreover, make BIG difference to an area we are too often lacking…

Overall, was very happy with what was said, particularly regarding Cappy. With each passing day I get more and more confidant, and more and more excited about what Andrew McFadden can bring to this team. I hope the club gives him every opportunity to succeed.
Reactions: 4 users

Im also happy with what was said and to be fair to those guys, it takes a hella lotta balls to stand up infront of passionate warriors fans and be forthright and answer their questions, especially just a week after a tumultuous week for the club. These member forums they do are an asset to the club and i hope they keep doing these in the future. If anything it would be nice for them to video it and post it on their website. Thankfully mt.wellington is a champion and provided this for us!

There is quite a lot of info in those two hours ( was listening whilst i was running around the house) but it would be great if someone summarised all the points or key quotes for others who didnt/wont get a chance to listen to the full 2 hours.
Reactions: 2 users

On the jersey issue I got a chance to have a good conversation with the person directly responsible for them at the Bulldogs game and he understood some of the sentiments that were being said. The usual lines of the need for revenue to run the club and secure its financial future. Also the fact that the jerseys sold exceedingly well. The U20 Graffiti Training jersey had in fact sold out. It was proving a huge hit with the kids and even the limited run of adult jerseys had sold out. Also sales for the Nines/Eden Park had been really strong.

There has been a move to create a single image and that can be seen with the similar colour schemes across all 3 grades and Ive been promised that that will be the way moving forward. Due to the large popularity for unique jerseys though I wouldnt count out seeing more wacky training jerseys in the near future.

As always, vote with your wallet...
Reactions: 1 users

And I think that's always been the issue for fans. It's not so much the amount of jerseys that have rankled people, it's the complete change in color schemes that seem to adorn every new jersey. Clubs colours are a sacred thing, they give something for everyone to unite behind, to give that sense of a collective, of a club, etc… that's what gets lost with these constant jersey changes. They could produce 6 different jerseys a year, but as long as they're in line with the clubs colors, no one will complain. When it comes to the training jerseys, however, I (and I think most) couldn't give a stuff about what they look like… make them as ridiculous as you want, that's not a problem. It's what the team wear in the games that matters. I'm pretty sure the training jerseys sell really well, so go nuts on those design wise; they just need to stop with the overkill on the actual playing jerseys - case in point the Eden park jersey, that really is nothing but a horrendous money grab. But, it's good to hear they're moving in the right direction.
Reactions: 4 users

Cheers mt.wellington That was a good listen and much appreciated.
Reactions: 1 user

Cheers Mt Wellington... Wife has been wondering what on earth I have been listening to for almost the past 2 hours!

Was a good listen. Like someone else has already said, they managed it well apart from the media / Graham Lowe bashing at the start - could easily have done without that!
Reactions: 1 user

Thank you very much Mt. W for posting this recording for us. I'm confident that the club is heading in the right direction. Cappy is sorting out how he wants the team to play and if he is able to rejuvenate Hurrell and Locke and make our back line click then we will be in for a good finish to the season. They were defensive about a lot of items on the agenda but they seemed honest and that is all that I really want. Hopefully, there will be one at the end of the season for us.
Reactions: 1 users

Sir Mad Butcher said:
Cheers Mt Wellington... Wife has been wondering what on earth I have been listening to for almost the past 2 hours!

Was a good listen. Like someone else has already said, they managed it well apart from the media / Graham Lowe bashing at the start - could easily have done without that!
Click to expand...

Lost any respect for Lowe years ago - funny thing is he is like a poormans pinetree meads amking thousands of his reputation
Reactions: 1 user

Yeah but why did Scurrah feel the need to rip into him?? Trying to discredit anyone that questions him... Need a long members forum to cover off everyone if that's the case!! 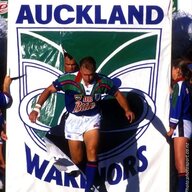 Lost any respect for Lowe years ago - funny thing is he is like a poormans pinetree meads amking thousands of his reputation
Click to expand...

Yeah Loweys comments are a joke now. The media know he loves to say a controversial headline so they get comments from him whenever something controversial comes up in rugby league.
Reactions: 1 users
Show hidden low quality content
Share:
Share