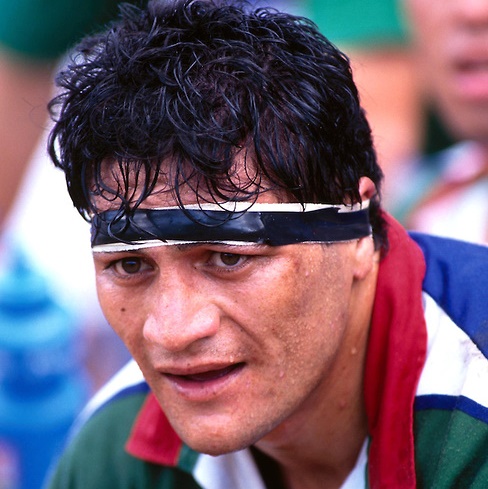 Wellington hooker, a 19-Test veteran for NZ between 1995 and 1998, was a foundation member of the Auckland Warriors in 1995. He was signed as a back up hooker but by the end of the 1995 season he had replaced Duane Mann as the starting hooker. He played 59 games for the Warriors and retired from the team and the professional game in 1999.

Eru’s international career got off to a rocky start in 1995 when he played against France and Australia but was then banned from the World Cup competition after testing positive to the drug pseudo ephedrine.