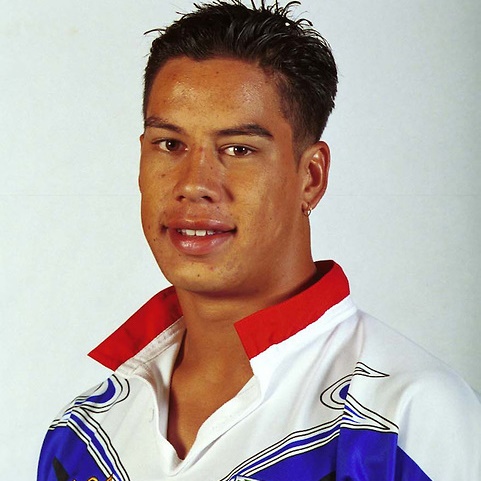 A Massey High School student, Hape started his rugby education as a Te Atatu Roosters junior. He played for the New Zealand Secondary Schools team in 1998. Hape played for the Glenora Bears in the 2001 Bartercard Cup.

Hape signed for the Auckland Warriors in 1999. In the same year, he played for the Junior Kiwis and New Zealand Māori. In 2000 Hape made his first grade debut for the Warriors and earned the great honour of Rookie of the Year award.

In 2001, the Warriors reached the play-offs and Hape played in the series. In round two of the 2002 season Hape injured his anterior cruciate ligament.

Fellow New Zealander Robbie Paul pointed out Hape to Bradford Bulls, who signed him in 2003. Helped to settle into English life by Paul and his wife, Hape missed only one of the Bulls' 35 games in the 2003 season, scoring 15 tries.

Hape played for the Bradford Bulls at centre and scored a try in their 2003 Super League Grand Final victory against the Wigan Warriors. Having won Super League VIII, Bradford played against 2003 NRL Premiers, the Penrith Panthers in the 2004 World Club Challenge. Hape played at centre in the Bulls' 22-4 victory.

Hape played for the Bradford Bulls at centre and scored a try in their 2004 Super League Grand Final loss against the Leeds Rhinos. A knee injury sustained while playing for New Zealand in the 2004 Tri Nations kept Hape out until round 22 in 2005. His return coincided with the Bulls charge towards the Grand Final and the Super League Championship. His partnership with Lesley Vainikolo is seen as one of the best in the game and has yielded many tries for the Bulls.

In 2004, Hape was chosen to represent New Zealand in the Gillette Tri-Nations, replacing his partner on the wing at the Bulls Vainikolo who was out with a knee injury. Hape played two Tri-Nations games and against France and also represented the Kiwis in the clash with Cumbria.

Hape also appeared for New Zealand in the Tri-Nations series in 2005, where he played a starring role helping New Zealand defeat the Aussies to win the final.

In 2006, Hape played in the match against Great Britain in the one off Test match at St Helens.As Super League champions Bradford faced National Rugby League premiers Wests Tigers in the 2006 World Club Challenge. Hape played at centre in the Bulls' 30-10 victory. In March 2007, Hape was ruled out for most of the season because of a cruciate ligament injury. In August 2007, he was named in Bradford's team of the century. In September 2007, Hape returned for the round 27 Match v Hull F.C. His last game was against Hull KR on 29 June 2008.

After leaving Bradford in 2008 he would switch to Rugby for Bath and end up playing for England RU.