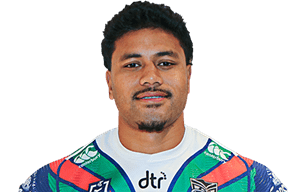 Warriors Debut (Date and Match Details)
Round 4, 2020 vs Penrith Panthers

Signed From
Loaned from Sydney Roosters

Debuted for the Sydney Roosters in 2018 against the Titans.

In 2020, Faamausili was loaned to the New Zealand Warriors for 4 weeks before being recalled after the Roosters own injury concerns. Faamausili made his Warriors debut in Roound 4, 2022 against the Penrith Panthers.

On 15 October 2020, Faamausili signed a two-year-deal with the St. George Illawarra Dragons, becoming Anthony Griffin's first signing at the club.

He made his debut for St. George Illawarra in round 1 of the 2021 NRL season which saw the club lose 32–18 against rivals Cronulla.

He played a total of 11 matches for St. George Illawarra in the 2021 NRL season as the club finished 11th on the table and missed out on the finals. He was released in October 2022 after not playing a game for the Dragons all season.