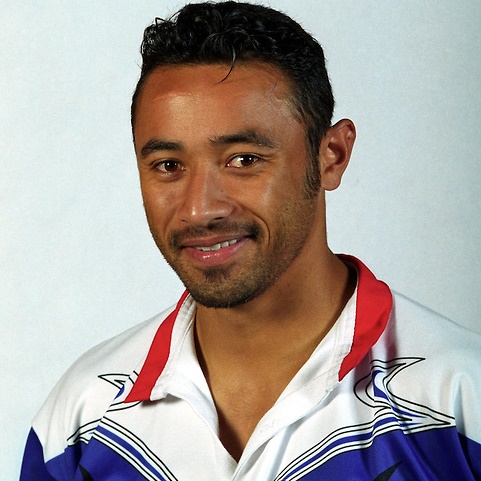 Auckland winger/centre, the cousin of Test forward Joe Vagana, played a season with Warrington in 1997 before returning to the Warriors. He was part of the Auckland Warriors Reserve Grade team that lost in the Grand Final to the Cronulla Sharks. In 1999 Vagana (along with captain Matthew Ridge) was suspended for three matches for ‘man-handling’ the referee in a match against Balmain.

Vagana made his Test debut in 1998. A member of NZ’s World Cup squad in 2000, Vagana has played fullback, centre, winger and five-eighth at Test level.

He joined the Bulldogs in 2001 following the change of ownership of the Auckland club but the move paid dividends, winning the ‘Dally M’ centre-of-the-year award. In early 2002, in a match against Souths, Vagana scored a club record-equalling 5 tries in a match but following the club’s salary cap problems he signed with Cronulla for 2004. Vagana was a regular in the NZ team in ensuing years, often playing five-eighth, and was instrumental in the Kiwis success in the 2005 Tri Nations final. After signing with Souths for 2007 Vagana retired from international football after the Kiwis 16-12 loss to Australia in extra-time in the final of the 2006 Tri-Nations competition.