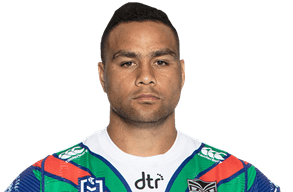 Born in Auckland, New Zealand, Pulu is of Tongan descent and played his junior rugby league for the Marist Saints. He moved to Australia as a 16-year-old and attended Keebra Park State High School, before being signed by the Wests Tigers.

In 2009 and 2010, Pulu played for the Wests Tigers' NYC team, before graduating to the Tigers' New South Wales Cup team, Western Suburbs Magpies in 2011.

In 2012, he joined the Windsor Wolves. He had an off-season with Elite One Championship club Lezignan Sangliers before joining the Wyong Roos in 2013.

After his 2014 season with the Roos, he was invited to do an NRL pre-season with the Sydney Roosters leading up to the 2015 NRL season, before returning to the Roos for the season.

In Round 1 of the 2016 NRL season, Pulu made his NRL debut for the Titans against the Newcastle Knights.

In 2017 Pulu represented Tonga in the Pacific Cup. Same year he also signed a 3 year contract for the NZ Warriors starting 2018.