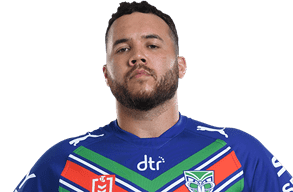 Born in Christchurch, New Zealand, Tevaga is of Samoan, Maori and European descent. Tevaga played his junior football for the Burnham Chevaliers in Christchurch and Papakura Sea Eagles in Auckland and he attended Papakura High School, where he played in the 2013 National Secondary School championship and was selected for the tournament team.

In January 2014, Tevaga attended a Junior Warriors training camp as an open trialist before being signed by the New Zealand Warriors and playing in the Holden Cup. On 5 October 2014, Tevaga played at lock in the Warriors 2014 Holden Cup grand final winning team who beat the Brisbane Broncos 34-32. In 2015 he played both for the Junior Warriors (where he was co-captain) and in the NSW Cup. On 2 May 2015, Tevaga played for the Junior Kiwis against the Junior Kangaroos, starting at lock in the 22-20 loss at Cbus Super Stadium.

In Round 3 of the 2016 NRL season, Tevaga made his debut for the New Zealand Warriors against the Melbourne Storm as a replacement for an injured Issac Luke in the Warriors 21-14 loss at Mt Smart Stadium. Tevaga became Warrior #209 and played 59 minutes due to an injury to bench hooker Nathaniel Roache.