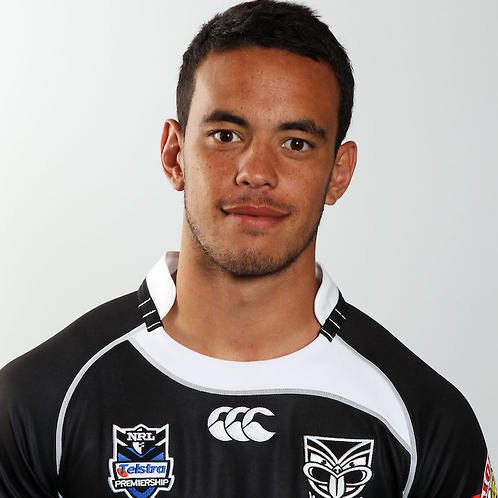 John signed with the New Zealand Warriors in 2007 as an eighteen-year-old. In 2007 he appeared in the NSWRL Premier League for the Auckland Lions as well as playing for the Stallions in the Bartercard Cup. In 2008 he played for the Junior Warriors in the inaugural Toyota Cup and Otahuhu Leopards in the Auckland Rugby League competition. He finished his Toyota Cup career with twenty five appearances, scoring eleven tries, one goal and four field goals.

In 2009 John joined the senior Warriors squad full-time and played for the Auckland Vulcans in the NSW Cup and Howick Hornets in the Auckland Rugby League competition. In mid-2009 the Warriors announced they had re-signed John until the end of the 2011 season with an option for 2012. He made his first grade debut on July 19 against the Sydney Roosters. His last match for the Warriors club was the Auckland Vulcans loss to Canterbury-Bankstown Bulldogs in the 2011 NSW Cup Grand Final.

After a long strong of injuries and being overlooked for Shaun Johnson, John signed with Wakefield Trinity but was released just a year into his 2 year contract after failing to crack first grade. He reportedly had a falling out with the coach.

John then signed with the Penrith Panthers for the 2013. John scored a hat trick against the Warriors that year during the clubs biggest loss in its history.

John's is now signed with the Manly-Warringah Sea Eagles and is playing for their feeder team.